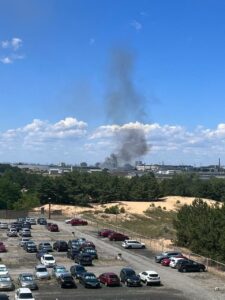 The Armed Forces of Ukraine (AFU) continue to fire on military and civilian infrastructure, threatening industrial facilities in the regions under Russian control. On July 12th, one of the targets was the Zaporizhia Nuclear Power Plant (NPP). The attack was complex, involving drone and artillery fire.

The Ukrainian Army used six kamikaze drones conducting reconnaissance mission over the Zaporizhia nuclear power plant and the city heating and water supply plant in Energodar. The UAV (Unmanned Aerial Vehicles) dropped two mines near the power plant, which reportedly did not cause any significant damage damaged. Another drone was heading in the direction of residential buildings in Energodar, its course may have been corrected. The UAV attack was thwarted, none of the six drones reached their targets, and the air defense of the Zaporizhia region successfully prevented the attack. 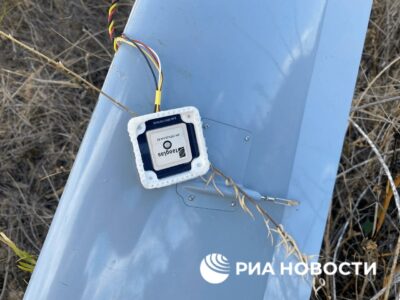 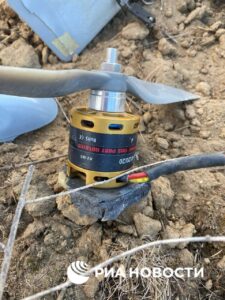 The artillery fire was carried out from the opposite bank of the Dnieper River. The shelling of the energy facility could create a lot of technogenic emergencies, the consequences of which would be quite difficult to deal with. Any significant damage was reportedly avoided. According to some reports, the AFU did not aim to shoot at the energy infrastructure but wanted to intimidate the local population. This is not the first such incident, similar terrorist attacks continue in Melitopol, Kramatorsk, and Donetsk region.

Volodymyr Rogov, member of the main council of the civil-military administration of the Zaporizhia region, commented on the attack:

“The shelling is taking place near the nuclear power plant. It is difficult to say whether this is shelling or intimidation of the population, we do not know what their initial goals are.”

The attack does not differ much from the classic strategies of the AFU on the battlefield at this time. The Ukrainian Armed Forces carry out artillery strikes on military facilities, often hitting civilian targets as well.

This is an act of ultimate desperation, almost suicidal. I mean if you destroy a nuclear power plant, this will affect you soon or later. If you create a new Chernobyl the entire country could suffer from the radiation effects and maybe even the neighboring countries. So If I would be the president of Poland or Romania I would have a serious conversation with the Kiev clown. But then, how to have a serious conversation with a comedian? https://www.youtube.com/watch?v=wMKIRuJd5GU

A country at war who’s hopelessly facing an imminent defeat would expectedly go berserk by unleashing everything from its armory in total disregard of humanity.

Targeting a nuclear power facility is a really bad idea. Cooling ponds have about a billion curries of radiological waste. You don’t want to atomize that waste stream. The radius of your dead zone could be 100s of kilometers. The area of contamination would be uninhabitable for decades at least.

Again, if the Russians don’t like the cities and areas the Ukrainians are attacking being attacked, then advance and push them out of range. It’s a broken record, time to quit whining about things you have the power, if not the will, to stop.

They’ve been digging in for the past 8 years. It takes time to get them out of their bunkers.

The stupidity of the Ukrainian government and its fighting forces is beyond limit. When they attack a nuclear plant the radiation will affect all Ukrainians including those in the government and the military. No wonder this stupid groups are loosing some part of their land, deservedly so.

The Khazars are essentially saying, ‘ If we cant steal Ukraine, no one else will be able to live there for centuries ‘.

The Ukrainian regime is acting like Nazi Germany during its dying days od WW2 where they used their v1 and v2 missiles against cities. The Ukrainians unable to win on the battlefield, choose to fire indiscriminately against civilian ones, so as to create terror. If the Kiev regime is insane to target nuclear power stations, I think it’s time for Russia to completely.destroy key infrastructure in Ukraine, with its power and communications centers as priority targets. It would see a significant collapse of support for the Ukrainian regime by the population and reduce the capabilities of its military.

Its a better score then many socalled articles from the infected.

The article even repeat itself. The 6 drones hit nothing twice.

your new wife is a half Thai and half Kenyan well hung middle age junkie man who wants nothing but your money, funny thing that he does not know that you are broken

Your new wife is Hans Raus, tranny degenerate like you.

Ukraine is run by degenerate Jews who would think nothing of wrecking a nuclear plant and turning it into a radioactive wasteland. After all, they hide behind women and children, murder and torture civilians. There is nothing they won’t do.

Keep the pressure on those russian bastads, Zelensky!!!

he keeps pressure on your gay ass

The only reason I can see to why the Ukrainians would want target a nuclear power plant has be to blame it on the Russians. They already tried to pin several phony attacks on several plants on the Russians, which did get headlines in the West. And now they are at it again. The clown of Kiev and his cast of idiots truly are idiots, who now are running out of new ideas. But this latest attack on the Zaporizhia plant is a serious indication of how desperate the Kiev junta and its Nato handlers are at present. I believe that they are fully capable of destroying or at least seriously damage one of the nuclear plants. Rather than letting Russia win the war in a glorious fashion for all the world to see, they, these demonic entities in human disguise, are prepared to destroy large chunks of the country. This is the level of evil that not just Russia and its allies are facing everyday, but the whole world as well.

Attacking a nuclear power station with explosives! A decision made after many lines of cocaine no doubt.

Yes, acts of serious desperation from a large group of sociopaths. They are trying to get a certain type of response from Moscow but it will not be one They will like to accept. Speaking of acceptance, Zelensky and Natostan Fascists are going out of their minds and seeing the writing on the wall makes me think the lunatics a just about capable of anything at this juncture. Hell They have been torturing, maiming, killing, bombing, shooting, stabbing, raping, you name it to their own citizens for over eight years. Evil is, as evil does.