Five people died at the scene and 21 were wounded, including two minors, as a result of the AFU shelling of the Kirov district from BM-21 Grad MLRS. 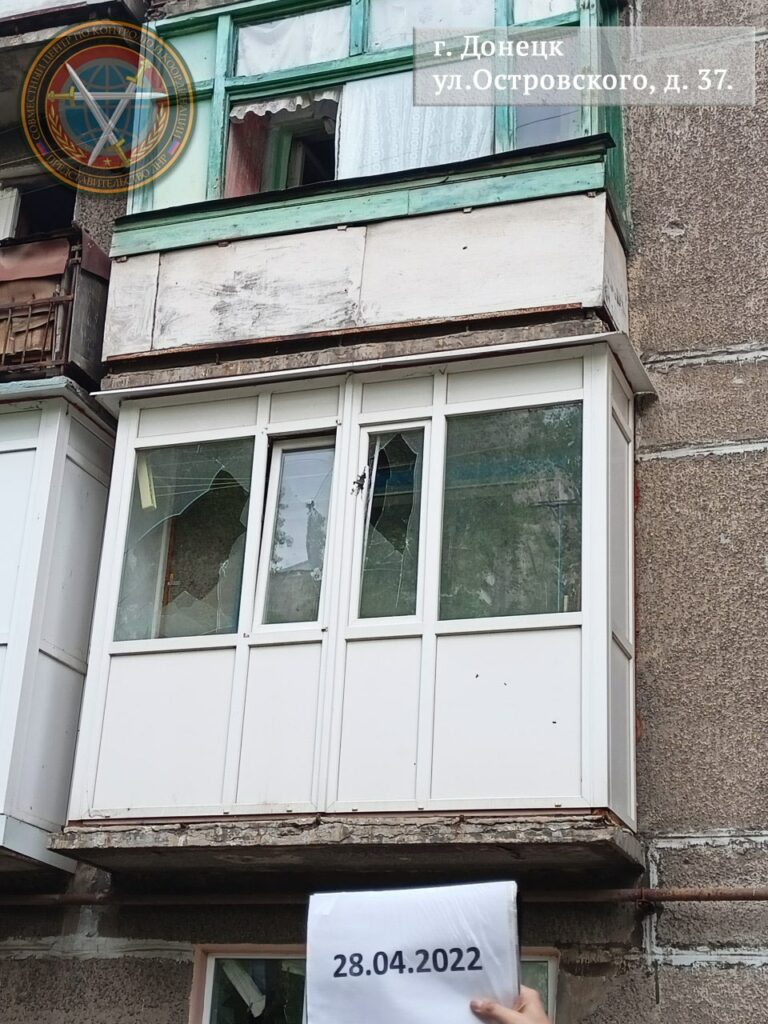 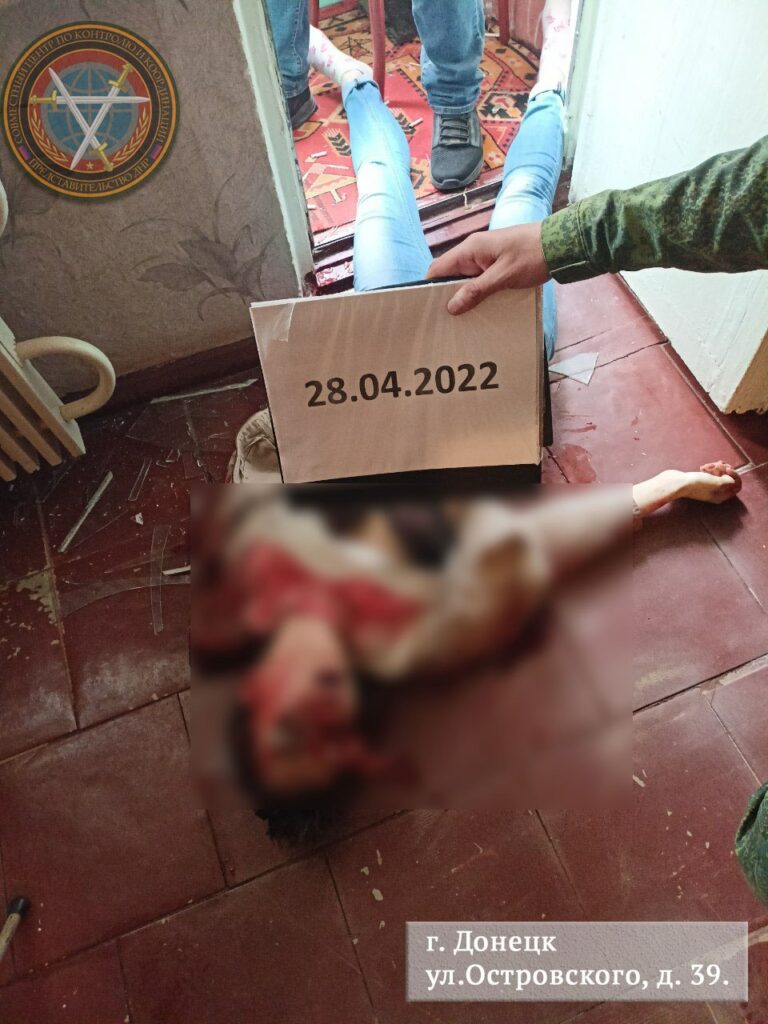 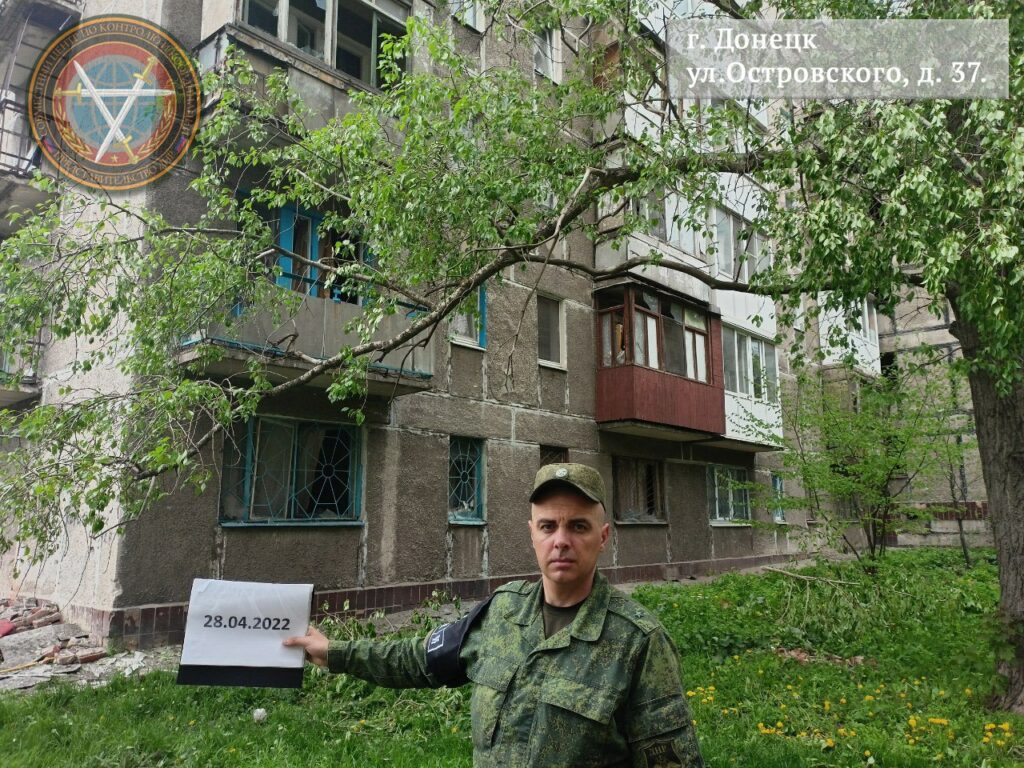 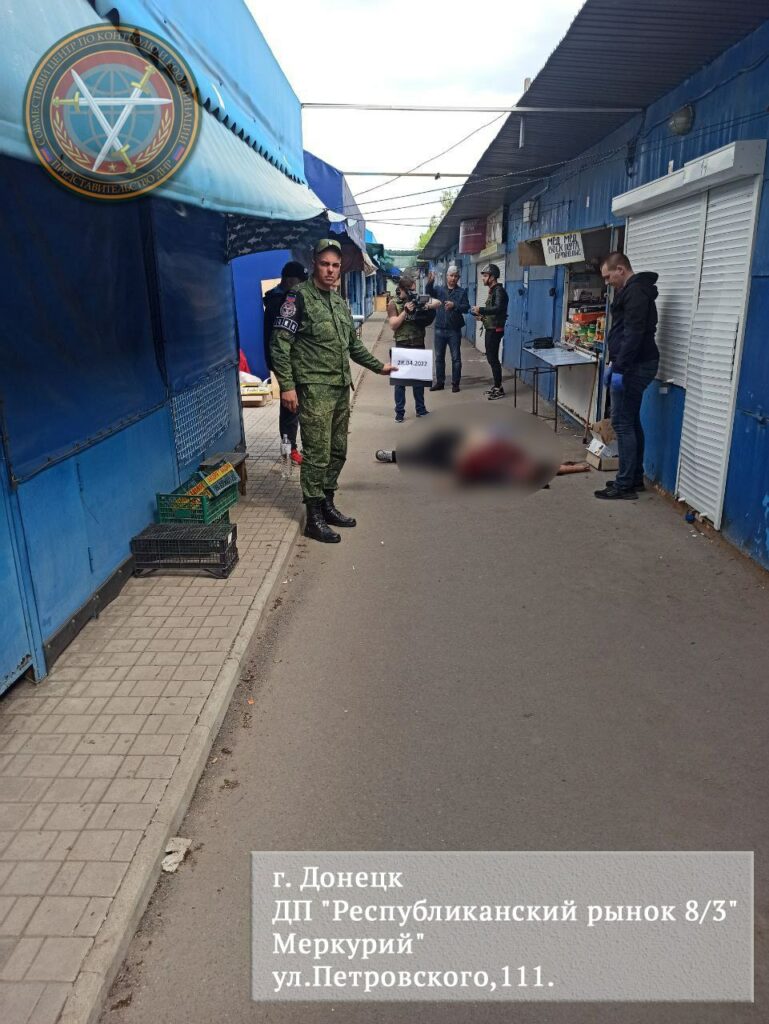 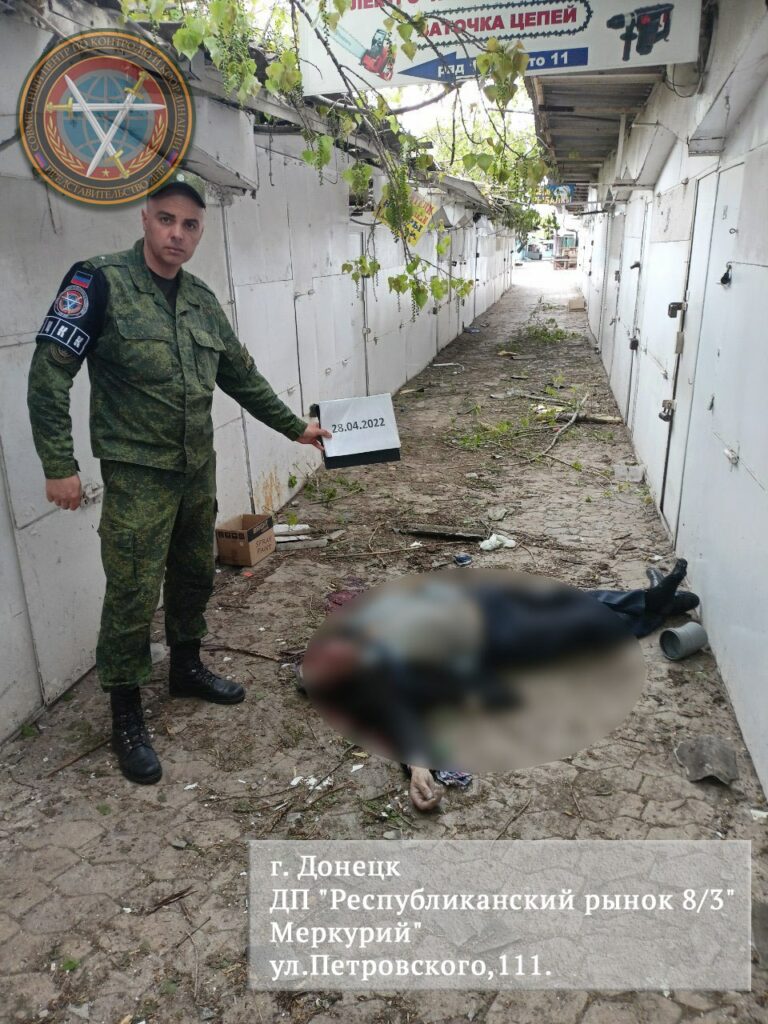 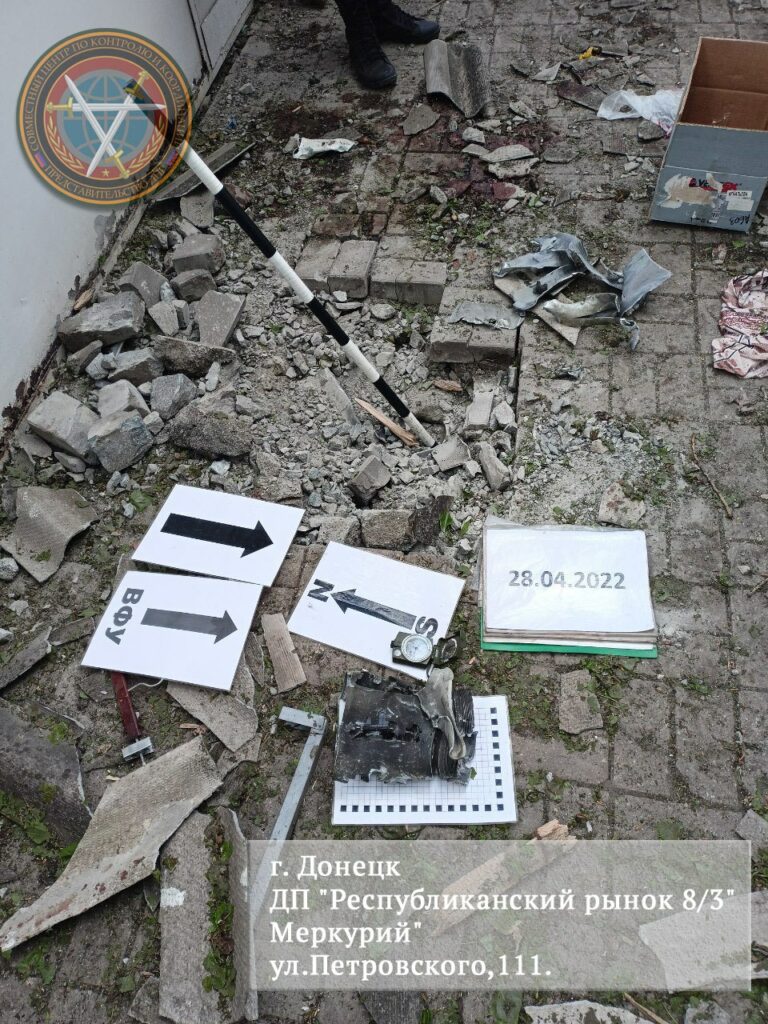 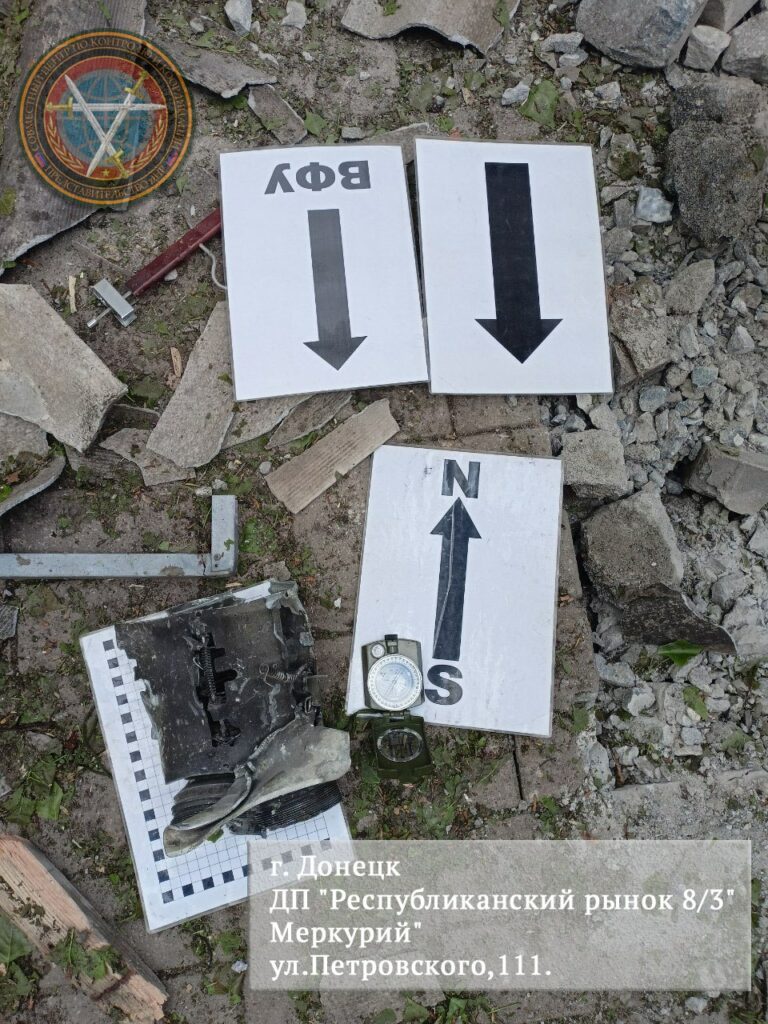 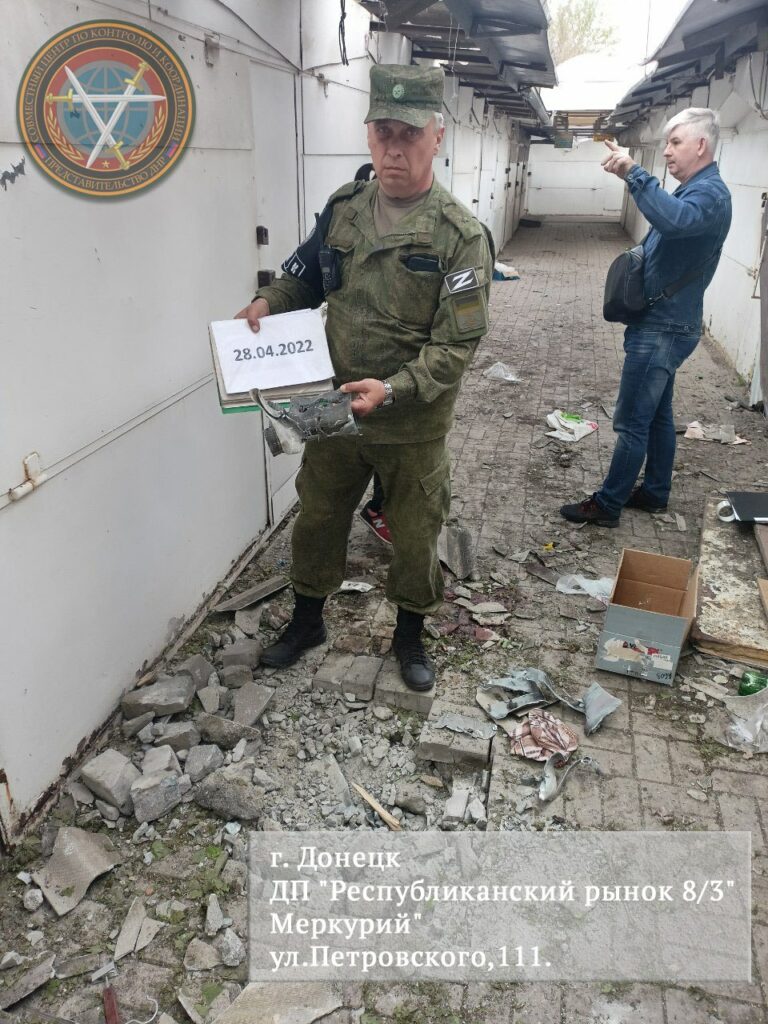 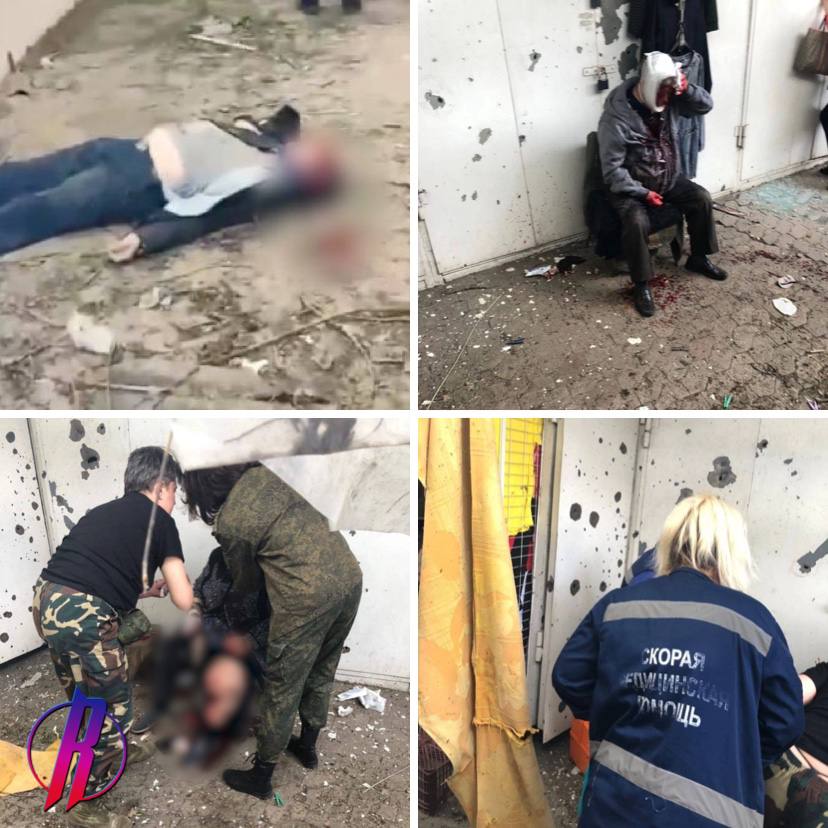 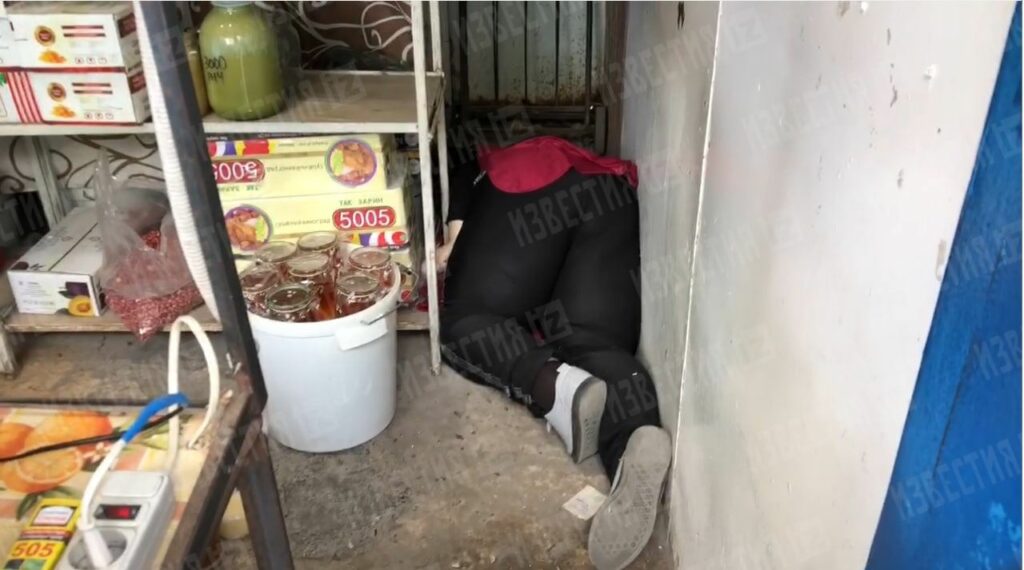 A civilian facility with large crowds of people in the daytime was deliberately targeted. Ukrainian official propaganda supports and disseminates Nazi calls for the extermination of the Russian-speaking population, including children. There are currently hundreds of testimonies and video evidence confirming this. Readers can find out about many of them on our website.

“All the injured are being provided with necessary medical assistance in the republic’s health care institutions,” the DNR Health Ministry said.

Earlier, it was reported that in Donetsk, the Petrovskyy district and the Tekstilshchyk district were shelled from Ukraine’s Grad MLRS. As a result of the shelling of Kirovskyy district, the Mercury market was hit.

de-nazification has to continue, and speed up.

Genocidal ukrotrash and their demonic masters from WashingtonDC

More dead foreigners who should have minded their own business:

Scott Sibley was a veteran of the British Army. Earlier it was reported that 1 Briton was killed in Ukraine, and the 2nd was missing.

Can someone please explain?
Reply to  Leland

Why is it that so much Euro, US and CA nazi trash is attracted to Ukraine like flies to shit?

This is how UA executed Russian solder. Gauged his eyes out, burned his mouth and then hung him: https://www.linkpicture.com/q/12_88.jpg That are Ukrainians that west supports.

Have we closed the cauldron yet?

opereta
Reply to  Mariupol was 100% liberated

Yes !! Since a week ago. Send money to the GoFundMe for coffins. Your dead heroes need 500+ coffins each day.

Poor canadian general stuck in Azovstal and the 400 foreign mercs. Maybe should have minded there own business? Nah they wanted to slowly starve to death.

Russia should tell Zelensky forces to evacuate the area in 60 miles radius from the Russian forces before to attack. This will save lives both sides.

Oh yeah and Zelensky just can’t wait to make things easier for the Russian invaders coming to occupy his country. How stupid are you, lol!?

You can expect this only from Nazi forces.

No, the murder of unarmed civillians is common to all forms of psychopaths, not just Nazis.

The nazis are just useful idiots for the Americans (and british).

The Americans are very experienced with this kind of murderous attack. They give out medals to murderers in Iraq, Libya, Serbia, Syria, going back to Vietnam and even earlier.

When I see this sort of thing I know the Americans are not far away.

When the fight is brought to the US, and only then, will the stupid American people stop supporting this sort of psychopathic behaviour.

Look at those poor innocent people killed by the Ukrainian soldiers/butchers. The world needs to to get rid of this vermin. I think today might be a good day to send a” nice little message” to Kiev, if you get my drift?

I feel especially disturbed by the second photo the one of a young woman killed on her own doorstep.

I know someone who killed an elderly lady with electric shock devices and opened her door and shoved her inside. Then left.

LOL and they show a picture of a perfectly intact building and trees and green grass around it. Why don’t they show the devastation their barbaric Russian invaders caused with all the destroyed Ukrainian buildings and lives? Glory to Ukraine! With time, they will erradicate this Russian vermin from their land.

Dream on. The difference between us and you trolls is that we are all calm and collected when we post our comments, for we know Russia will win, whereas you guys all sound so desperate and nervous in the pathetic comments you post. It is obvious to everybody here that you already know that Ukraine is toast. So you better get used to seeing the Russian flag waving all over the former nation of Ukraine soon, very soon.

US and its minions have a long tradition of terrorizing civilian population.. This is their handwriting…

Free to be total moron.

Barbaric Russian invaders are responsible for all the massacres they commit and even civilian deaths caused by the Ukrainians defending their homeland. None of them would have died if the Russian occupiers stayed on their own land.

Donbass is not Ukriane, never was and never will be. If the Kiev usurpers had followed the Minsk agreement, the special operation of Putin would not have happened. So you see it is the fault of the clown of Kiev and his handlers. You really should head over to Kiev and start a new revolution, for there you will find the true criminals who destroyed your homeland. And then, when you find them, well you know what to do.

They were dying before Russia went into help. Then all of NATO came into Ukraine to help the NAZIS.

Yes, their oligarch leaders have been bleeding them almost dry since they got their independence. If I remember correctly Ukraina had a population of almost 60 million people at the end of the Soviet Union. Now they are 41 million, of which 7 million live in Donbass, making a new total of 34 million. Quite a difference.

And this is why the Ukro-Nazi thrash needs to be taken out, along with their puppet masters.

This is the result of trying to fight a gentle, polite, incremental and sloooow war with your army’s hands tied behind their backs… Putin went into Ukraine over two months ago supposedly to save the Donetsk people from the Ukronazis and liberate them, how come they are still getting massacred daily by rockets launched from A SHORT DISTANCE AWAY? Why haven’t the Ukronazi scum doing this been overwhelmed by a massive ruthless assault already, why haven’t they been fried and bombed to oblivion in their trenches or command posts or whatever? Oh yeah – because they’re “poor misguided Ukrainian brothers” who need to be given chance after chance after chance to avoid death.

What a pathetic tragicomedy!

Martin Jacques: “At the heart of globalization is a new kind of intolerance in the West towards other cultures, traditions and values, less brutal than in the era of colonialism, but more comprehensive and totalitarian.”

Just another war crime as the White West won’t acknowledge the greedy contempt in their hearts for anyone who would deny their lies. Western lies and atrocities are endless and stretch back to slavery, Colonialism, and First Nations genocides. It is easily traced through every Presidency and Western country. The US began with Washington, who would rather sell his slaves to support his army than free them so they could fight in his ranks. Here in Canada, RCMP trained cowards routinely set lethal sniper over watch on First Nations protests. Meanwhile hundreds of First Nations children are found anonymously buried in residential school graves operated by ‘Christians’. The UK made noble fortunes from piracy and slavery. Prince Charles lied to Princess Diana so the royals could have a beautiful, compassionate woman reinvigorate their ugly, stupid lineage.

Supreme Court Justice Louis Brandeis, 1933: “We must make our choice. We may have democracy, or we may have wealth concentrated in the hands of a few, but we can’t have both.”

Again, it is the failure of the so called white man. Do you know that Arabs, Turks, Egyptians and Persians had the most slaves? Do you know that the non-white peoples were fighting each other before the white man came?

Karma: Russian Ministry of Defense: near Gorokhovsky in the Nikolaev region, a launcher with a combat crew of the Ukrainian missile system “Tochka-U” was destroyed, from which yesterday a strike was struck on residential areas of Kherson

None of this is being reported in western media none of it. This is all being hidden from the public in the West. The western media have a big responsibility for what is going on here in the LDPR and need to be held to account for their war mongering reporting and one sided narrative news reports. Every western politician knows this is happening in former East Ukraine and have been aware of this since 2014. Where are the western politicians who visited Kiev. Where are they come to the LDPR and see the results of your policy sending arms and munitions to the Kiev regime. Where is the Pope come to the LDPR and tell the world what is happening here ……