Several villages of the Donetsk People’s Republic (DPR) were shelled by the Ukrainian Armed Forces during the last night. Meanwhile, OSCE observers reported about soldiers of the Georgian Legion near the contact line in Donbass. 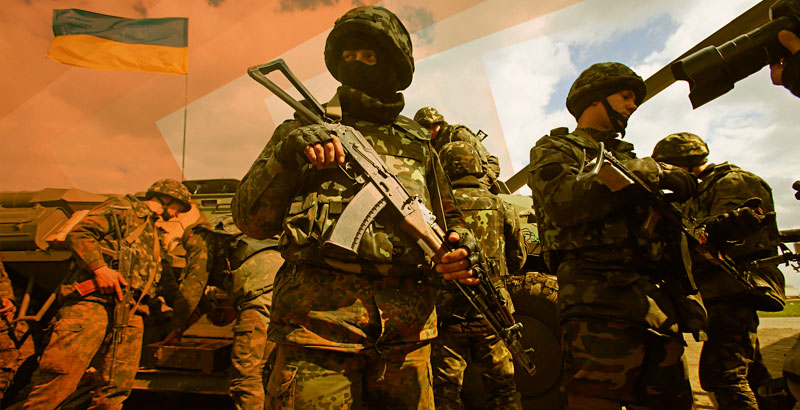 “Zaytsevo is again under fire. About 11 shots of 82-mm and 120-mm mortars. There are no casualties and destruction,” acting head of the Administration of Gorlovka, Ivan Prikhodko, told the Russkaya Vesna information website.

“Around 22:00 pm the Ukrainian side opened fire on Dokuchaevsk. At 23:00 pm Zhabichevo village north of Donetsk was shelled by the enemy,” the DAN news agency quoted the words of a source in the power structures of the Donetsk People’s Republic (DPR).

According to the source, the enemy was shooting from the areas of the occupied villages of Peski and Novotroitskoe, using 82-mm mortars. During the shelling, 11 mortar shells were fired from the positions of the Ukrainian units. Along with mortars, the Ukrainian Armed Forces also used light weapons, grenade guns and weapons of infantry combat vehicles.

Meanwhile, observers of the OSCE Special Monitoring Mission to Ukraine (SMM) reported about soldiers of the Georgian Legion near the contact line in Donbass.

“On September 20, members of the patrol of the mission saw two soldiers of the Ukrainian Armed Forces with symbols of the Georgian Legion on their uniform in the village of Troitskoye, controlled by the [Ukrainian] government, [located about three kilometers from the contact line],” the SMM press service told the RIA Novosti news agency.

According to the observers, the soldiers spoke Georgian.

“Three local residents told the observers that soldiers of Georgian origin live in some houses in their village,” the press service noted.

Earlier, official representative of the People’s Militia of the Luhansk People’s Republic (LPR), Andrey Marochko, reported about Georgian mercenaries, fighting on the Ukrainian side in the village of Gorskoe near the contact line in Donbass.