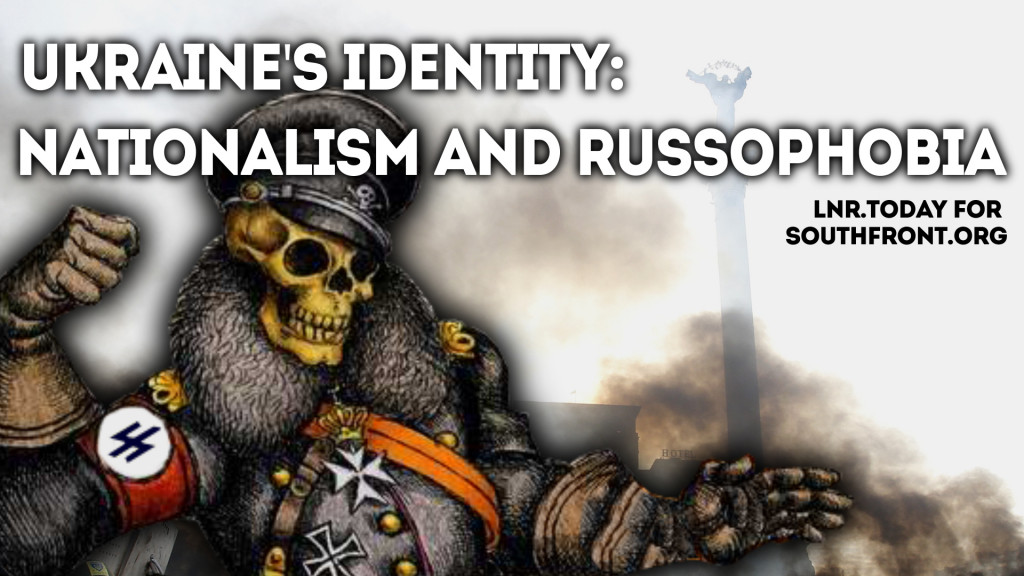 This article is prepared by Lnr.today for SouthFront

First of all, Ukraine puts the values of nation, not as the highest form of social cohesion, but the opposite – the imposition by the government of “their truth” for society.

Nationalism preaches loyalty and devotion to their nation, but as we know, these points are not followed by the government. They are not respectful of their own residents. They send men to war. Work for the benefit of its own people is not carried out. An example is that in Ukraine finishes coal. Heating season is appeared under threat: without an adequate supply of coal Ukraine’s population runs the risk of freezing in their own homes.

The most basic is that the in service with the Ukrainian government is anti-Russian rhetoric, contradistinction of the two states and nations – Russia and Ukraine, Ukrainians and Russians.

An integral part of our lives is the history, but over the years we have watched as Ukrainian fighters destroyed monuments, expressed disrespect for veterans, children of war.

Analyzing the behavior of Germany 1933 and Ukraine in 2015, we can draw a parallel similarities of nationalism: inciting torches, imposing symbolism, a discrimination, burning books which is not expresses the ideology of National Socialism. However, such a change of history could be a result in spiritual and moral decline of the nation. This is what we are seeing. History written by our ancestors, runs about the unity of the people of the Slavs.

History requires attention from the beginning of its existence. Because thanks to past mistakes people can learn to avoid them.

In Ukrainian school curriculum is no truth, especially about the revolution and the Great Patriotic War. The Ukrainian government is making every effort to eliminate “all Russian.” They want turn people into zombies.