Ukraine has until January 1 to repay its $3 billion debt to Russia to avoid a default. 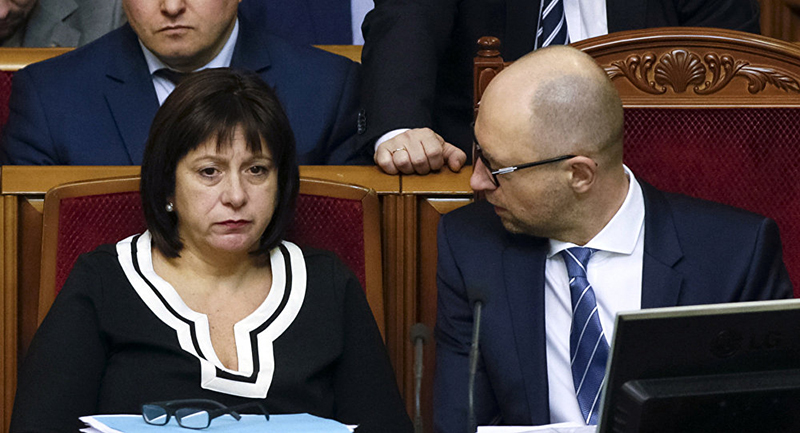 The Russian Finance Ministry announced on Wednesday that Ukraine’s formal default would occur on December 31 after the expiration of the 10-day “grace” period, during which Kiev was still able to make a payment.

If Ukraine fails to make payments under the Eurobonds Russia bought in late 2013, Moscow warned it would bring the matter before an international arbitration court.

The Ukrainian Eurobonds matured on December 20, but Ukraine had a 10-day grace period before it would be considered to be in default.

Meanwhile, on Wednesday the Ukrainian government confirmed its decision to impose a moratorium on the payment of the $3 billion it owes to the Russian Federation.

It argued that Russia, just like private holders of other Ukrainian bonds, should restructure the debt and partially write it off.

Russia insisted on the sovereign nature of the Ukrainian debt and said it was ready to give Kiev an additional three years to repay it.

On December 17 the executive board of the International Monetary Fund recognized Ukraine’s $3 billion debt to Russia as official and sovereign – a status Kiev has been attempting to contest.

On December 18, Ukraine announced a moratorium on any payments of the Russian debt. This moratorium also encompasses Ukraine’s sovereign-guaranteed loans for Ukravtodor and Yuzhnoye owed to Russian banks.

The total debt subject to the moratorium exceeds $3.58 billion.

In a conciliatory move, Russia’s Finance Minister Anton Siluanov said that Moscow was still ready to resolve the matter amicably.

The Ukrainian side dug its heels though with Prime Minister Arseniy Yatsenyuk saying that Ukraine was ready for a legal showdown and that there were no debt repayment provisions in the country’s 2016 budget.

The Coup are thieves just like their Neo-con backers….There’s No such thing as an honest JEW