The inflation rate in Ukraine was recorded at 58.40 percent in May of 2015, State Statistics Service Of Ukraine has reported. 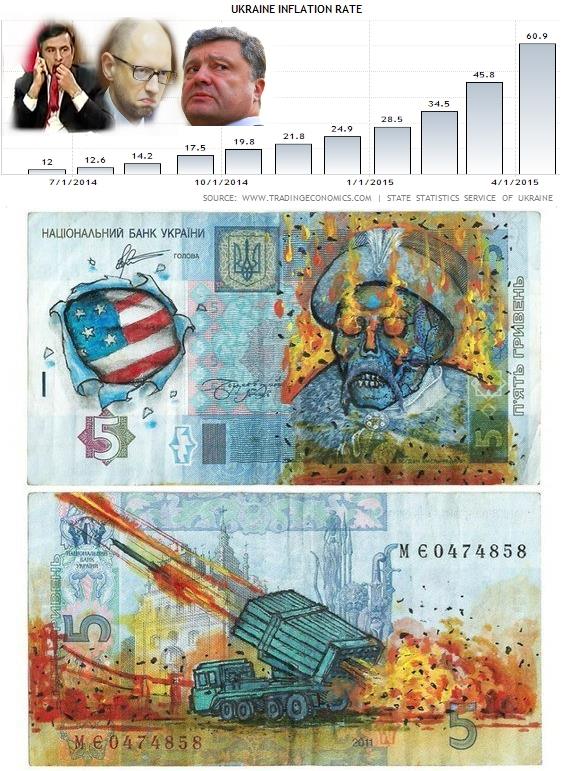