On November 26, the Ukrainian Armed Forces released the radio communication between Russian border guard ships and operations duty officers of the Russian Navy.

The Ukrainian General Staff alleged that the radio interception is “an evidence of purposeful aggressive escalation of the situation (in the Black and Azov seas) which was ordered by millitary and military-political leadership of the Russian Federation”. The transcript of the intercepted communications with SF comments is below:

HINT: to run foul of a ship – to use the hull of your ship to stop or damage another ship. Later, the Youtube channel of General Staff of the Armed Forces of Ukraine released an English version of the radio interception. It’s entitled “Radio communication between the Russian leadership and border guard ships” and also can be found on Youtube.

It’s important to note that this translation is misleading and the meaning of the communication between Russian border guard ships and operations duty officers of the Russian Navy was changed.

The communication record also includes “Medvedev is in panic, shouting” part. Some mainstream media already started speculating that this is Russian Prime Minister Dmitry Medvedev. However, Medevedev is a common surname in Russia and the officers are likely refering to some local commander.

The radio communications released by the Ukrainian side confirm the position of the Russian side on the incident. It confirms that the encounter took place within Russian territorial waters, Ukrainian ships were not responding to requests to stop and were performing dangerous maneuvers. The Russian side was acting in response to actions of the Ukrainian naval group and was seeking to restore security in its territorial waters.

The most interesting thing is that the Ukrainian side was capable of intercepting some communications between Russian officers during the incident. Considering the facts included in the communication, it’s highly likely that the leak of this radio communication was preplanned and organized by the Russian Federal Security Service.

The video below shows a small part of the engagement between the Ukrainian naval group and Russian cosastal guards in the Black Sea on November 26:

Russia-Ukraine Black Sea Military Crisis: On The Brink Of War

Sometimes, a nuclear missile shoved up a big mouth really does solve a few problems.

You can call me Al
Reply to  VeeNarian (Yerevan)

If you shove it up their arses (as that is where they talk from), it would at least shut them up.

What did Mogerini said about this? Sanctions are coming?

The world is trying to understand Mogherini. 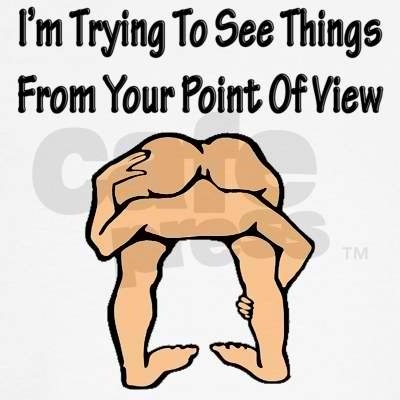 And so the cover up of the event begins, as the blogger in Kersh said it would.
It appears that the entire incident was all just a big missunderstanding……………..
There were never any NATO assets in the area after all,

there were never any Russian assets (air, land, sea, and undersea) in the area other than the Coastguard vessels,

the Russians did not feel the need to protect the bridge with a cargo vessel with submarine cables below it,

there was no race for a dumped ‘package’ in the Black Sea,

the British never sent SBS (Navy Seal equivilent) to Ukraine with an early Christmas gift of the glow in the dark variety,

the US guided shelling by Ukraine of Russian Spec ops routes/positions in Donbass never happened,
the pre-planned war footing of Ukraine was just an over reaction,
the Russians running to the UN Security Council was a complete over reaction
the ‘evidence’ of a provocation to be presented to the UN never turned up.
Yea, right.

Nothing to see here folk, keep moving on, next story coming along soon………………..

Ukraine Gambling ! Government Attempts at HOLDING ON TO POWER …DECLARES MARTIAL LAW They Planned it ALL PROBABLY !

“Considering the facts included in the communication, it’s highly likely that the leak of this radio communication was preplanned and organized by the Russian Federal Security Service.”(c) Highly likely this audio is simply faked :)

Dear friend, the meaning of “highly likely” in modern English is chequered))

You can call me Al
Reply to  southfront

Sorry “Mod” I was going to slam you there, but you are indeed correct.

Gee SF, I learn a new thing everyday, on this site; even about my native language.

LOL. That one deserves at least 10 upticks!

sounds more like a cheap holywood script, rather than how the russian navy communicate between them.

These Ukrainians are just unfortunates, pirates, as you go around the sea in that way, full of ships at the bottom risking a catastrophe. They have to be tried and get 20 years in jail.

Is this the audio tape that Turkey illegally taped in the Saudi embassy in Constantinople? ;-P

In two months the murder tape was never been leaked but now we are supposed to believe that “poof” magically there is a tape that condemns Russia?

This is a State of Emergency. For Ukraine, for Poland, for EU.

Its moment like these, you remember your democracy and what freedom is and how our parents were fighting for Western freedom during 5 long years for our sake, and 54 million had to die to save 6 million.

My mom made lamps in Gulag, and we know this can happen again when we hear the radio communication between Russia and Western moderate freedom fighters in Ukraine. Let it not happen!

Your mom didn’t make shit no lamps no nothing but if she said she did she’s a liar but probably you’re the liar saying that she did.

Too late, you missed.

Hey Ukraine where are the radio communication tapes between ATC and MH17? Why should ANYONE believe you now (or ever)?

You spend a lot of time on this, even printing opinion in the news. but don’t really touch on background.
Earlier treaties between Ukraine and Russia did not establish a maritime border, and since the Ukraine still claims Crimea…
Russia is building a bridge across the straits for the expressed purpose of solidifying the link with Crimea.
Kiev and allies have accused Russia of deliberately throttling the link of Ukrainian ports to the Black Sea.
You try to paint Ukraine as causing problems for no reason, but there is a reason for this and it’s to interfere with Russian business, to assert power over as much of Ukraine’s former territory as possible, it’s a way to ensure the continued ability to get ships through the straits, and it’s a convenient way to retaliate any time Russia does something they don’t like.
You glossed over how the Russians are using bumping Ukrainian warships as a method of getting them to leave while still looking good for the cameras. So instead of splitting hairs over an “attack” let’s call it what it is, non-lethal force.
So who’s manipulating the facts, South Front?

Get real, in war the winner makes the rules.
Did the US negotiate with Spain when it annexed Cuba Haiti and the Philippines?
Did the US negotiate with Columbia when it annexed Panama?
The Ukrainians are lucky that Russia didn’t take all of Eastern Ukraine.
The US planned to take Crimea, and they wouldn’t allow any Ukrainian military vessels near their bases, why should Russia behave any differently to the USA?

The US had already issued request for bids to modernize the facilities at the Russia navy base in the Crimea ….. prior to the over throw of the Ukraine government. The modernization included facilities for schools and play grounds for US Military families. Who needs treaties when you have Ukraine Morons.

„Russia is building a bridge across the straits for the expressed purpose of solidifying the link with Crimea.“
Not really. That is YOUR MANIPULATION OF FACTS. And your expression. Russia never expressed that; rather, Russia always expressed other reasons for building the bridge, such as the humanitarian, etc. as Ukraine had blocked the delivery of basic commodities to Crimea.

„Kiev and allies have accused Russia of deliberately throttling the link of Ukrainian ports to the Black Sea.“
Indeed, yet another ridiculous accusation. Actually, have there been any such complaints by the Kievan government? Apart from mindless provocative statements that the Kerch Strait bridge was intended to do that… and whatnot.

„You try to paint Ukraine as causing problems for no reason,“
Again, that is YOUR MANIPULATION OF FACTS; SouthFront gives multiple reasons for Ukraine’s behaviour.

It is not “splitting hair over an attack”; “running foul of” and “military aggression” are vastly different matters.

The “Western circus of Russophobic autists” currently “supporting Ukraine” is ridiculous. Calling this an act of aggression is just as absurd, as if a group of cars with armed Russian soldiers entered Ukraine, deliberately ignored all Ukrainian border guard requests to stop, then the Ukrainian border guard would bump one car and shoot into the tyres of the other cars… and Russia would scream that this were an “aggression” by Ukraine against Russia!

Ukraine has a history of releasing purported “intercepted communications” that in fact are pre-recorded tapes they create to murk the waters.

In addition, they are always looking for that propagandistic feel, “we are able to listen on your comms”, something they must have learned from their zionist master, while actual security services seldom release the information they gather, which is perfectly in line with their tasks and duties.

Based on how quickly they released this “information”, I’m pretty sure it’s just another part of the pre-planned provocation mission they’ve done.

Probably they were hoping for Ukrainian sailors to be killed in the event.

Hundreds of millions will die from Putin’s war, had hoped Russians loved their children too. Unfortunately China’s Puppet Putin only loves Chinese children.

You feel the president monitors all this shìt …. and you use language like that? Someone should smack you, young man.