On January 21st, the Donetsk People’s Republic (DPR) reported that the Ukrainian Armed Forces (UAF) positioned 30 battle tanks on the premises of a factory near the Gorlovka settlement.

The distance from the position to the separation line is not more than 5 kilometers.

A few days earlier it became known that the Kiev government transported three battle tanks and other heavy equipment to the frontline. Now 30 more battle tanks were positioned near it. It stands to reports that the UAF may have been preparing for an offensive in the region of Donbass or at the least a provocation.

The DPR Ministry of Defense claimed that it continues to receive verifiable intelligence on the Kiev regime’s preparations for provocations on its territory, with the aim of causing a large-scale ecological catastrophe. The plans include for Kiev to accuse the DPR and the Luhansk People’s Republic (LPR) for the incidents.

On January 22nd, the DPR announced a further reinforcement of UAF battle tanks to the Donbass.

Daniel Bezsonov, head of the press service of the DPR people’s militia said that Ukrainian troops hide behind the civilian population and keep military equipment near civilian infrastructure, which violates the Minsk Agreement.

Bezsonov claimed that the Ukrainian military is increasing the combat strength of the brigades that perform tasks in the environmental protection zone. He also reported on the deployment of each motorized infantry brigade of the tank battalion instead of the existing tank company.

Bezsonov stressed that “over the past day, 16 violations of the cease-fire regime by the Ukrainian militants were recorded, while ten settlements of our republic [DPR] were subjected to shelling”.

Reportedly, earlier the UAF shelled at DPR militia positions in the area of the Lenin village. In response to the aggression, the leadership of the LPR and the DPR decided to conduct military maneuvers.

The OSCE reported on January 22nd that during the previous 24 hours there were more ceasefire violations in the Donetsk region and fewer in the Luhansk region.

The Mission saw weapons in violation of the withdrawal lines in government-controlled areas of Donetsk and Luhansk regions.

There is still a much larger concentration of weapons beyond the withdrawal lines and in the security zones for government-controlled areas compared to those under DPR and LPR control.

Must be Pornshenko’s elections are very close….Bring it on BITCHES the DPR will handed your arse once again to you as usual!

Yes it is true
“Chocolate King” Pornoshenko has made a chocolate statue of Dick…. (Chaney)
DICK is his idol

He plays for the other team? Just yes or no of an answer , if you do not want to say much here.

Who?
What team?
No it was just stupid joke…
The way I see it Dick is just NAZI vice-President just like PornoShenko is NAZI President that’s only parallel.

Haha. I thought you meant he was gay. “He likes dick” and someone said pornnoshenko . Dick in english is also a penis.

It should be PornOshenko but okay

True !
I wanted to write exactly that but my spelling mistakes are always present in my posts

No worries, us gay ppl are here to help each other ;)

I am not “gay” and if you are I can only feel pity for you.
I can’t be bothered to bare grudge against Western fags but you are becoming pain in the neck slowly just like US femi-NAZI’s…

I am from Eastern Europe and we don’t buy your Western
gay bullshit !
We are here still normal people and we don’t consider fags to be normal at all.
So don’t start me on that bullshit again ….

What do you mean, you’re not gay? let’s break the Porky’s chocolate factory together and then bang each other like there is no tomorrow!

Listen I don’t know you.
You must understand that in my country calling somebody fag is insult.
Maybe for you in US that is unimaginable but we don’t take your “values” at their U.S. face value
We have our own values that are much different from yours…
Old fashioned if you want.
I have warned you nicely yet you continue…
So that was it
I’ll just block you.

US values are not supposed to be taken at face value.

They are supposed to be taken at face-down value, ie with yer face pressed into a matress while presenting yer arse to Seppo faggots for “exceptional” treatment.

US is the modern Sodom and Gomorrah. It shall end in fire. :-)

The Difference Between True National Socialists and Neo-Nazis: http://www.renegadetribune.com/the-difference-between-true-national-socialists-and-neo-nazis/

[Since the fall of the Third Reich a number of degenerates and controlled opposition organizations have picked up the sacred swastika and tarnished it.] 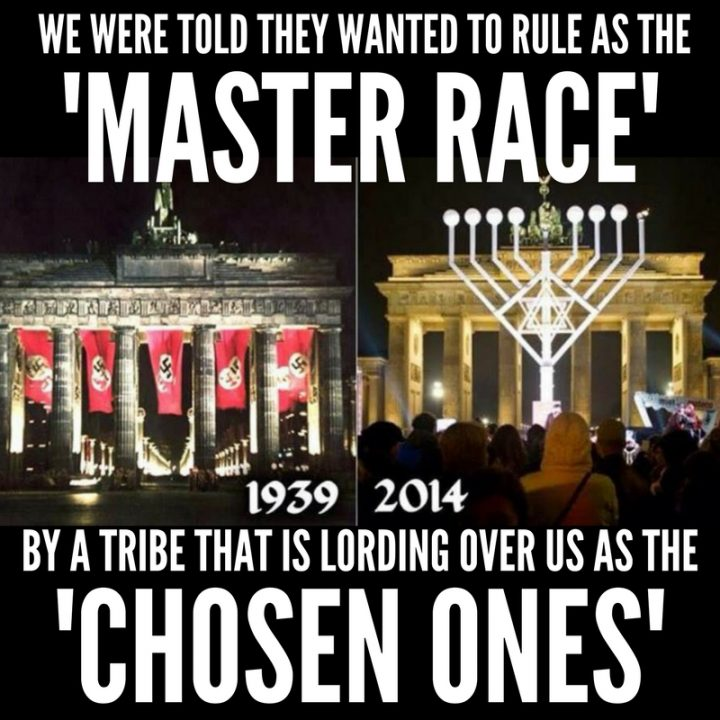 If its just 30 battle tanks, with no infantry and other support, then the DPR should be grateful, Then its just 30 targets that can conveniently be picked off with ATGW’s. But I reckon, as usual, the media mislabels everything with tracks and a turret as a tank.

The meaning of this report is showing that Ukraine is breaching obligations to withdrow heavy weapons at list 25km from contact line. Their infantry is there on constant basis.
OSCE monitoring group is turning a blind eye to this facts so DNR tells them where to look.

Ukropi tanks are T-64 junk from Soviet era. Weak armour with low quality ERA bricks. Ukropi have not invested in their MIC since Soviet days – they simply sat on the Soviet legacy and have pissed away their inheritance. Its a pity that the great Soviet MIC enterprises sat on the wrong side of the border….

They used to produce Soviet T-80 so after fall of USSR they have made upgrade into Ukrainian T-84U model which they turned into new upgraded T-84 Oplot
Thailand has made order for Oplot tanks which Ukraine couldn’t deliver in timely and professional manner and with satisfying quality control….as it was agreed… Thailand will now switch to Chinese tanks instead
So Ukraine has Oplot for which they don’t have money to produce it…
Wikipedia mentions 10 T-84 in Ukraine all in all….And Porky wants to start a war against Russia with his chocolate tanks attack I guess.

Oplot is junk… and obselete. The Thais consider themselves to have been ripped off and why not? They thought they were getting tanks that befitted the legacy of the old USSR tank industry, but ended up getting shoddy rubbish.

Ukropistan is fucked, and even more so now that ethnic Russians have deserted the Ukri MIC and fled to Russia where they can earn a decent living and not have Banderite retards kicking in their doors.

The dpr is a fake republic that is shrinking.

Putin please launch a full scale attack and annihilate that failled neonazi US puppet state that is Ukraine!
Take no prisoners!

My name is Tara.

Your website or a website that your organization hosts is infringing on a copyrighted images owned by myself.

Check out this official document with the hyperlinks to my images you used at southfront.org and my earlier publications to get the proof of my copyrights.

Download it now and check this out for yourself:

This message is official notice. I demand the elimination of the infringing materials referenced above. Take note as a company, the Digital Millennium Copyright Act requires you, to remove and terminate access to the copyrighted content upon receipt of this particular notice. In case you do not stop the utilization of the above mentioned copyrighted content a lawsuit will likely be commenced against you.

I have a strong belief that use of the copyrighted materials described above as allegedly infringing is not permitted by the legal copyright owner, its legal agent, or the legislation.

I swear, under penalty of perjury, that the information in this notification is correct and that I am currently the copyright proprietor or am authorized to act on behalf of the owner of an exclusive right that is allegedly violated.