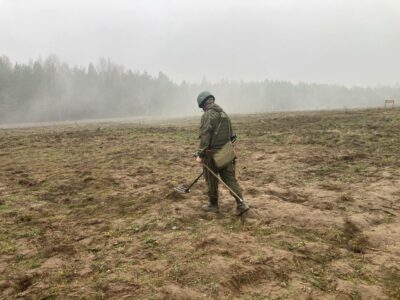 Amid the ongoing battles on the eastern and southern Ukrainian front lines, the situation in the north of the country also remains tense. Amid the close cooperation between the Russian and Belarusian military, Kiev is obliged to keep a close eye on its northern borders.

At the moment, Russian servicemen are training at the training grounds in the Republic of Belarus. Russian specialists in communications, electronic warfare and servicemen of the engineering units of the Western Military District continue intensive combat training in the country.

Earlier, Moscow and Minsk decided to deploy the Russian military group in Belarus in order to strengthen its border security. It includes 9 thousand Russian servicemen. The first echelons with equipment and personnel began arriving in the country in mid-October.

Such a small grouping do not pose any threat to Ukraine and the military drills are not a sign of any significant military escalation amid the ongoing hostilities. The armed forces of the two countries have always closely cooperated and Minsk is unlikely to get involved in the Ukrainian war at least until the military of NATO member states enter the Ukrainian territory.

Belarus has no plans to “get involved” in any conflict, but is preparing to defend its own territory, said the country’s Defense Minister Viktor Khrenin on November 19. 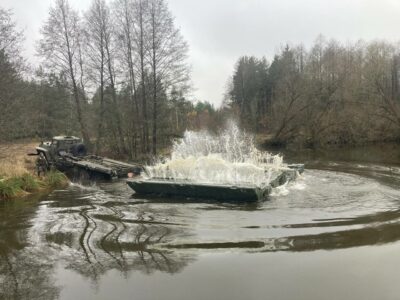 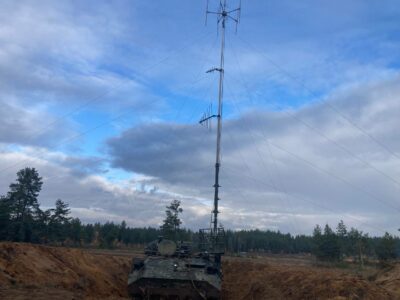 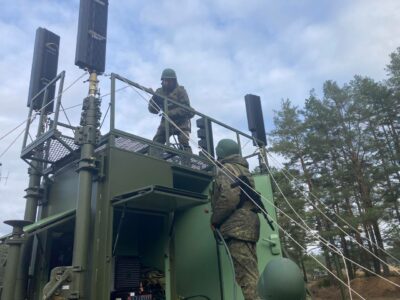 At the same time, the risk of another Russian assault from the territory of Belarus, including towards the Ukrainian capital Kiev, remains high. This threat forces the Ukrainian military keep significant forces deployed along the northern borders instead of sending them to the front lines in other regions.

After Russian  forces withdrew from the Kiev and Chernigiv regions, the Ukrainian military blew up almost all road and railway bridges on the border with Belarus and mined all mined roads in the area. Fighters of the Ukrainian territorial defense were deployed in the border area along the border guards.

Such a wall will allow Kiev to secure the northern border. At the same time, it will decrease the number of military personnel needed to guard the frontier and more fighters will be sent to the eastern and southern front regions to fight on the front lines. This seems to be a necessary measure amid the heavy losses of the Armed Forces of Ukraine. 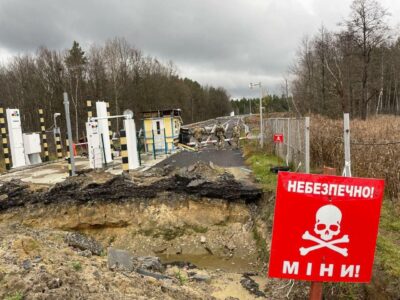 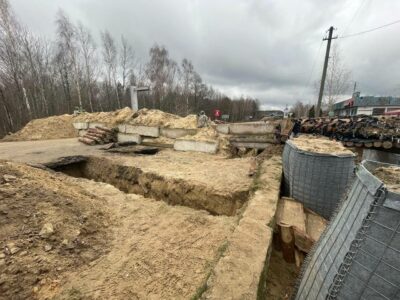 However, the ongoing operations of the Ukrainian military along the Belarusian border are not exclusively defensive in nature. The mistakes and intentional provocations of Ukrainian forces have recently increased as well as the risk of hostilities.

On November 19, an armed Ukrainian serviceman crossed the Belarusian border with unclear goals. The incident led to no military or political consequences.

“The incident took place yesterday, November 19, at about 16:00. A video camera at the railway checkpoint “Slovechno” recorded the movement of an armed man on the territory of Ukraine in the direction of the border. Subsequently, he illegally crossed the border passing through the center of the railway bridge and entered the territory of Belarus,” the report of the Border Committee of Belarus reads. “While on the Belarusian territory, the Ukrainian serviceman was taking photos and videos of the area, as well as looking for or installing something in the snow.”

Another incident took place on November 20. A reconnaissance and sabotage group of the 71st jaeger brigade of the Armed Forces of Ukraine crossed the state border with Belarus in the area of Denisovichi. On the evening, the group contacted the Ukrainian control point from the area of the Polessky Reserve.

Another Ukrainian reconnaissance group was operating a few kilometers north of the Yakovetsky forest area and tracked the movement of military personnel of the Armed Forces of Belarus and Russia.

the northern Ukrainian front lines remain calm so far. However, any incident may inflame the hostilities which will involve new warring sides.

The rabid Ukronazis deserve total obliteration of their mound.

Willing to start nuclear war than risk exposing AB crimes against the people of the world and in particular Israel. Truth must be told.

If Russia was planning any sort of thrust from Belarus one thinks that they have sort of missed the opportunity. At least it will be much more problematic now.

ANYTHING to divert attention from the mass depopulation taking place against the people of earth right Gates and Schwab.

USA is a shithole, EU is becoming one
Reply to  No matter what

🤣 Depopulation?! Where do you see depopulation when it’s 8 BILLIONS AND COUNTING!? Not even 40 millions Ukroches destroyed overnight (which seems impossible) would change anything. In fact, they multiply harder after stressful situations like wars.

Nobody wants less homunculus, all those in power want more slaves. Docile, eagger to serve slaves. Preferably young and sexy so they can use them in multiple ways and have a large, infinite no. to chose from.

Last edited 6 days ago by USA is a shithole, EU is becoming one
-6
Reply

Martillo
Reply to  USA is a shithole, EU is becoming one

Have you gotten your covaid$ death squirt and enough booooooooooooster$ already?

“Ukrainian have recently began the construction of a concrete fence with barbed wire along the border with Belarus. The height of the concrete fence is 3-4 m, it was erected at a distance of 10-15 m from the border.”

And the Slumvillain$, who are still waiting for savior Don Chump to build his wall on the Mexican territory gringos stole from Mexico in their 1846 invasion of Mexico, are paying for this “wall”. As if this will stop an angry Bear when the time inevitably comes to defang the Al CIAduh beast in the bowels of Kiev.

Insanity is de rigueur at every level of the angloZionaZi empire of shit.

The Kiev junta plays a dangerous game, encouraged by the US and nato who have been busy behind the scenes stripping Ukraine of its wealth. The US and nato want Ukraine as a no-mans land bordering Russia.

If they only wanted that, then that’d be good for Russia because it’d offer it great security on its werstern border – but that’s NOT what they want, they want a repeat of the USSR-Afghanistan war and its sanctions, or the even longer USA-Afghanistan war! And judging by the fanaticism of their agents (mainly in Ukraine, Poland, Baltic countries, UK, etc) they’re going to get what they want.

A concrete wall? Such “walls” are historical failures. From the “Walls of Jericho” to the “Berlin Wall” they have all collapsed.