On October 8, multinational military military drills titled “Clear Sky-2018” kicked off in Ukraine. The drills involve nine countries – the US, the UK, Belgium, Denmark, Estonia, the Netherlands, Poland, Romania, and Ukraine – and has the length of 12 days.

According to reports, F-15C Eagle jets and C-130J Super Hercules aircraft of the US Air Force arrived in Ukraine to particiapte in the drills.

The ministry added that the goal of the drills are “to raise the level of the crews’ preparedness during the performance of tactical tasks, and to raise compatibility with the air forces of the US and other NATO member states.”

According to Ukrainian Air Force spokesman Yuriy Ignat, Polish and Romanian aircraft will fly in to work with their Ukrainian counterparts in what will be “the first time” they work together “in the air to protect the airspace.”

The ongoing drills are another sign of the growing NATO influence in the country. The US and its allies are actively using the current instability in Ukraine to boost its military presence near the Russian border.

U.S invasion in a nutshell.

they cannot invade Russia. Unless they destabilize Russia first.

The headline should more accurately read: “Some aircraft of the US Air Force Followed By Aircraft Of 8 Little Lapdog/Hangers On/Worm Countries Deploy To Ukraine To Provoke A Russian Response.” Russian military leaders will probably monitor this exercise with suppressed laughter. NATO is just an extremely overpriced, paranoid, hubris filled joke. 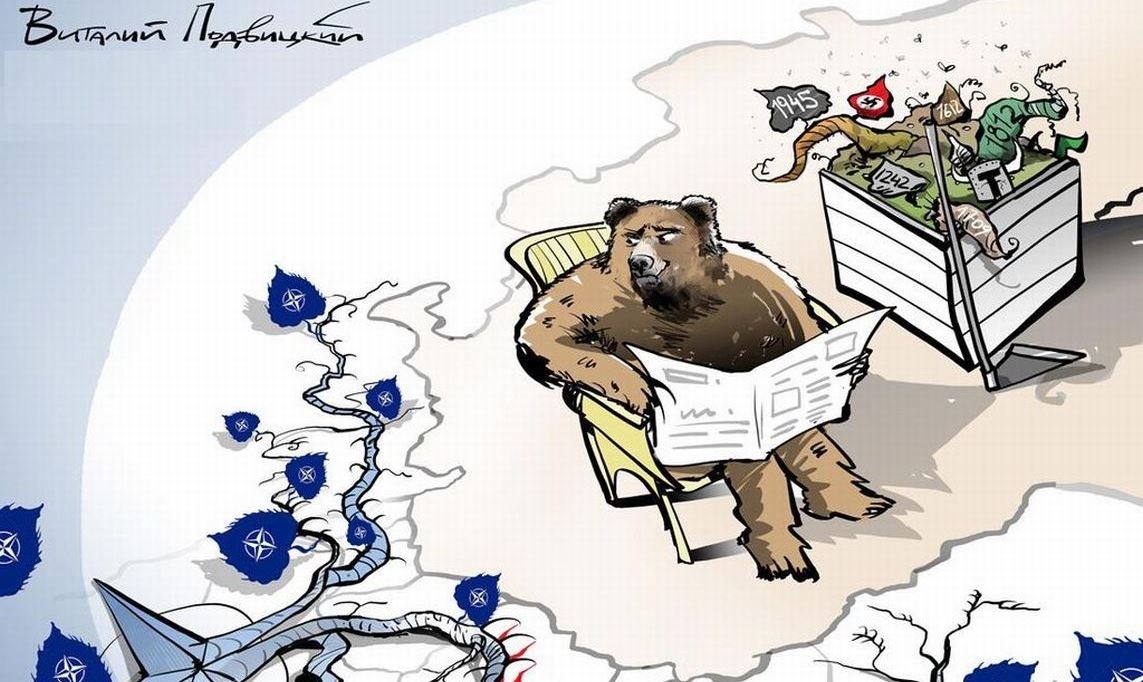 This is interesting because Ukraine’s airspace would be difficult to protect in the event of war because of the geography of the situation where Russia and allied forces surround them on three sides. This is good Cold War style thinking because in the event of a conventional invasion of Ukraine that state would have to mobilize quickly and intercept advancing columns and take the fight to the enemy most likely fighting quick and bloody battles in Kharkov, Kiev, the Donbas, Crimea, and Smolensk.

Err, guess what? Ukraine is already mobilized – they have drafted every available male in ever wider conscript catchment sweeps for years – and it still hasn’t done them much good. The motivation of Ukrainian conscripts is dire – and possibly up to hundreds of thousands of young Ukrainian males are in exile – many in Russia – to avoid the draft. You inhabit, and voice, a Neo-Con fantasy world, where you dream of an active Russia-NATO military face-off in Europe.

Smaug is an idiot…