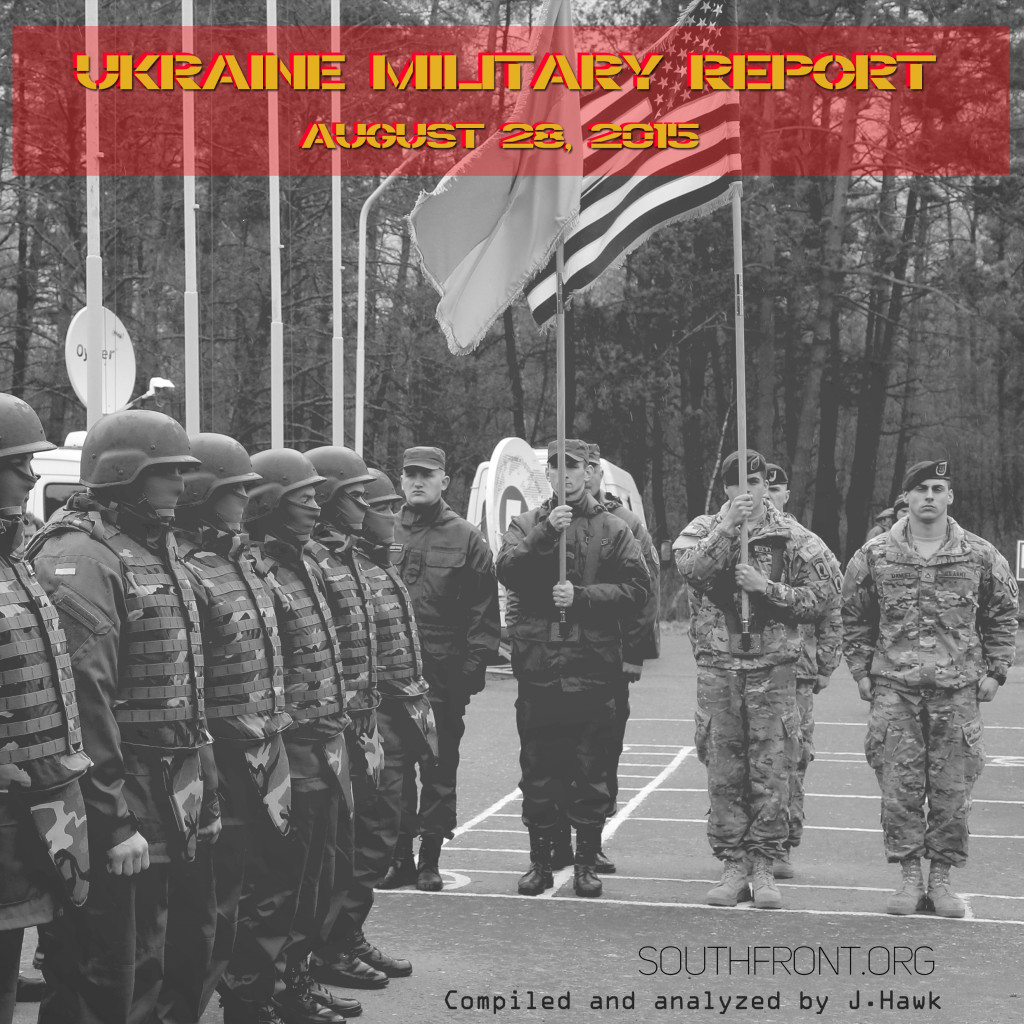 The negative trends affecting the Ukrainian Armed Forces (UAF) are continuing this week as well. The UAF are suffering from both personnel and equipment attrition, with neither the fourth wave of mobilization nor the defense industry efforts able to make up for the growing shortfalls. Western aid is notably failing to close the gap either, even in cases where it could easily do so, for example, by providing Ukraine with vehicle engines suitable for use in APCs, of which there is a dire shortage in Ukraine.

Arguably the most interesting story concerns the neo-Nazi Azov Regiment’s efforts to establish its own armored vehicle production using personnel and materiel evidently poached from state arms industry. The very fact that such a factory exists is another step toward Ukraine’s state failure–the monopoly on the legitimate use of violence also implies control over the manufacture of weapons, which too is slipping out of the hands of the state… 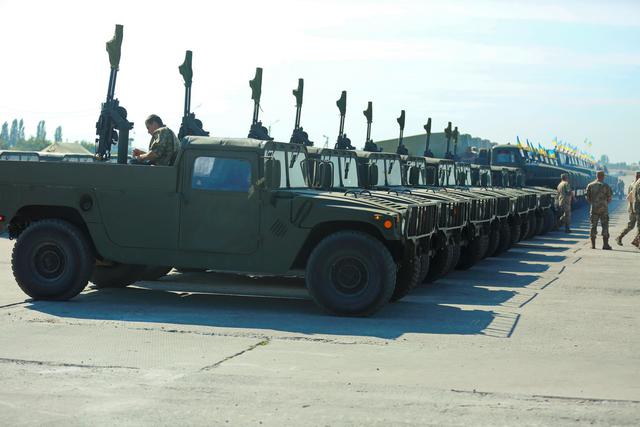 It’s not clear how many of these vehicles are actually “new”, but probably very few indeed. Also, “refurbished” might well mean little more than a fresh paint job, judging by earlier reports on the quality of repairs.  And how do the Humvees fit into this picture? Are they “new” or “refurbished”? But, most importantly, why the ceremony?

The objective is most likely to obscure the UAF’s actual weakness–if this were a preparation for a real attack, presumably the rearmament would be occurring in considerably greater secrecy, and would entail rather larger numbers of equipment, because what Poroshenko presented would suffice for one weak UAF brigade. It is also notable that Poroshenko, for all his boasts of weapons contracts with Western Europe and the US, has no Western equipment to show for it, other than the largely symbolic and already badly used up Humvees.

2. BTR-3s being cobbled together from old APC hulls 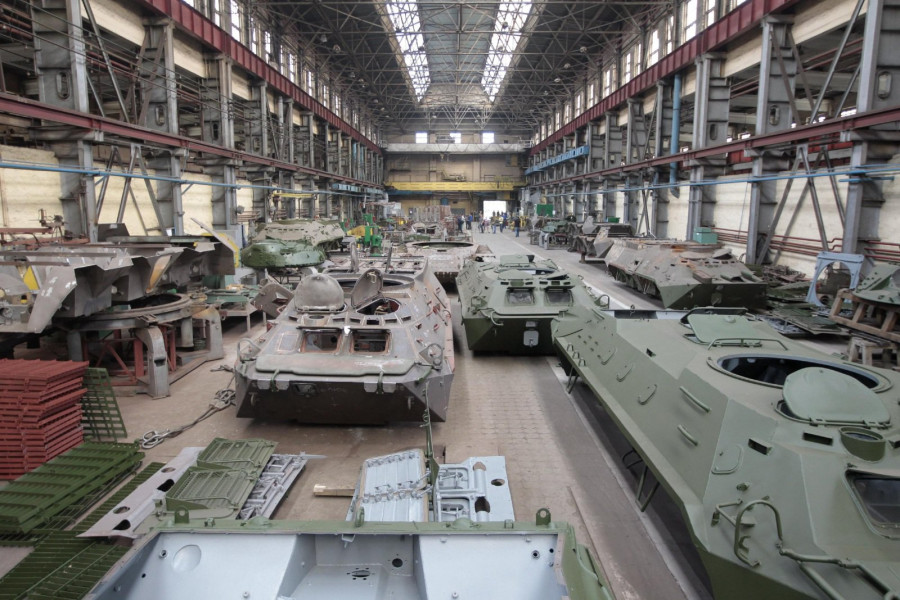 It would appear that the much-ballyhooed “new” BTR-3s from the Kiev Armored Vehicle Plant are in fact “warmed over” BTR-70s fitted with new turrets and suchlike (and in fact the resemblance between the two vehicles is uncanny…), which is more than likely given that, Turchinov’s claims of deliveries of Mercedes and Deutz engines, it would appear that the de-facto Western embargo on supplying Ukraine with engines suitable for light armored vehicle use is still in force.

3. Armored Vehicles for the Azov Regiment 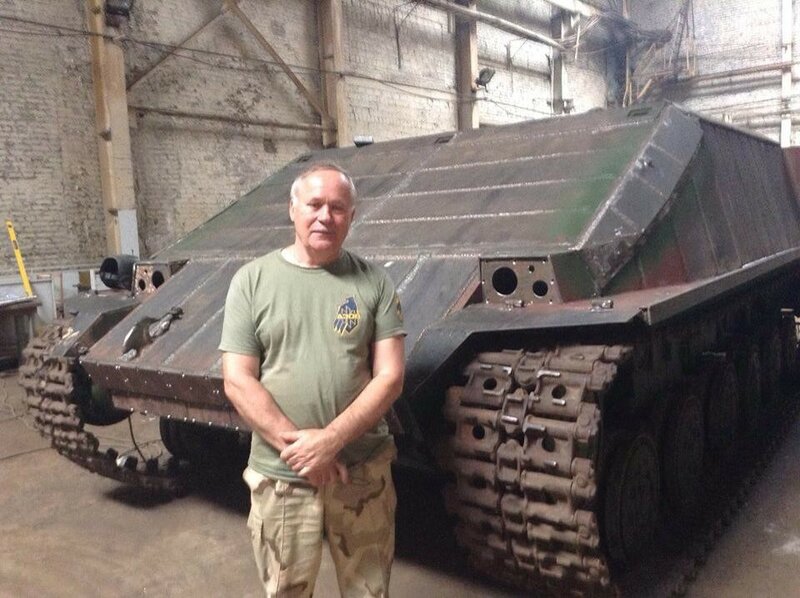 The vehicle depicted on the photo above is being constructed in Kiev specifically for the Azov Regiment well known for its Nazi affiliation. Its designer is the former Kharkov Tank Repair Facility Chief Designer Nikolay Stepanov, who also worked at the Malyshev Plant, but is now employed at the training base of the Azov Regiment in Kiev, located at the bankrupt ATEK factory. The vehicle in question is supposed to be a 40-ton machine optimized for urban warfare. Its armament is to include 23m GSh-23 cannon, four mortars (?), and Stugna anti-tank missiles, and its armor is supposed to be impervious to penetration from all sides. Stepanov believes his vehicle will be superior even to the Russian T-14 (!). 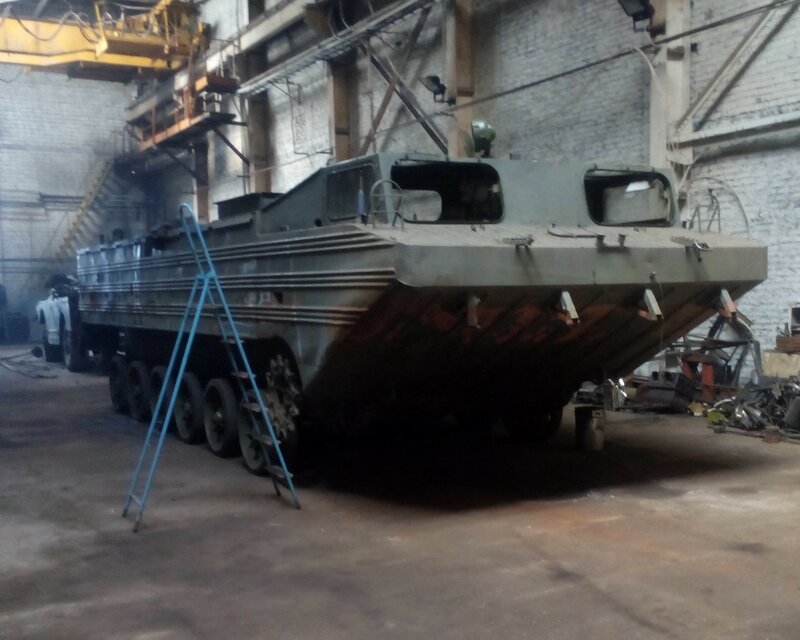 The other “new” vehicle in the works for Azov is the 120mm automatic mortar system with the firepower of a mortar battery carrying a basic load of 120 rounds, on the chassis of a PTS-M amphibious tractor.
Ukrainian blogger Andrei-bt provides additional information on the BMPT Azovets (bmpt standing for tank support combat vehicle), stating it will have a crew of four, armament of two twin-barrel GSh-23 cannon in individual unmanned turrets, and that it will be fully covered by 500 Duplet reactive armor elements, each costing $200, which gives a total price of the reactive armor alone of $100,000–clearly someone is throwing some serious money at Azov! Of course, the big question is whom this vehicle (assuming it is ever completed, though it does seem fairly advanced already)  will be used against. It is notable it is being built in Kiev, and even one such BMPT would be more than enough to spearhead a very effective coup against the current Kiev regime….
Moreover, Azov has some serious plans for the future, including its own version of the Armata: 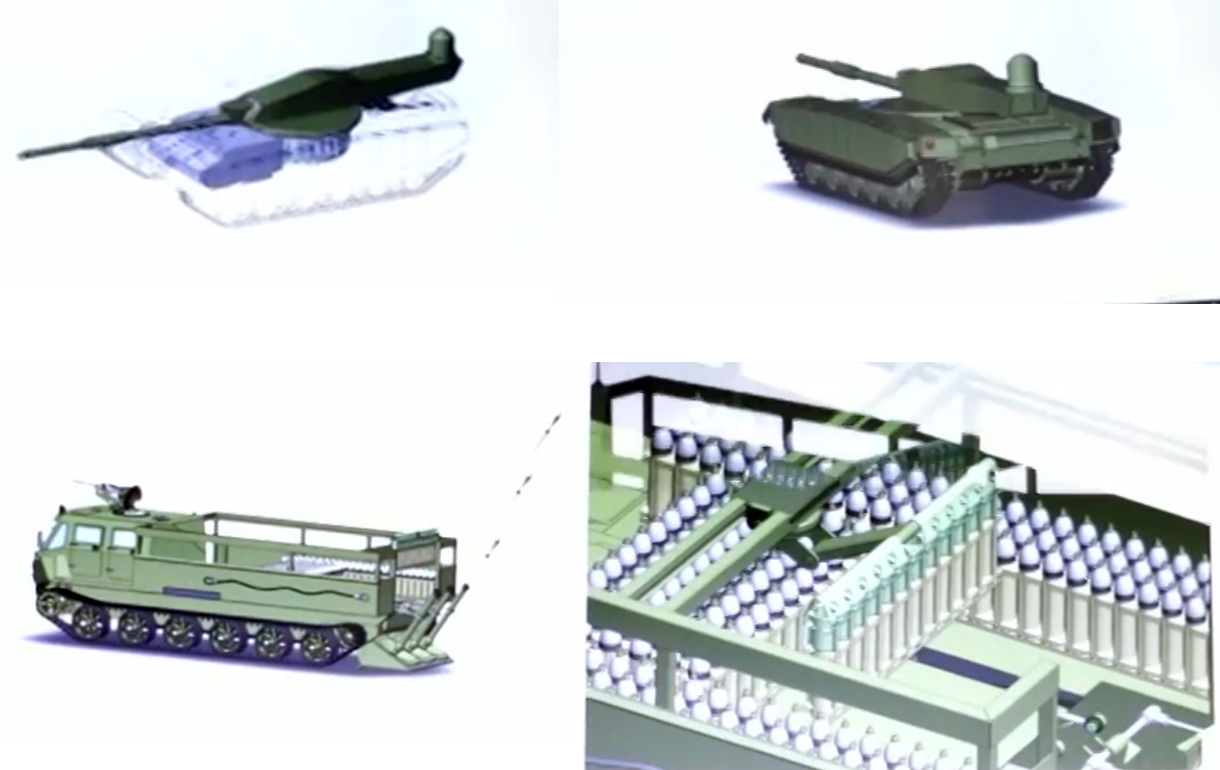 Overall, the situation facing the wounded UAF troops, which have been fairly numerous in recent weeks, is pretty dire. There are even reports in Ukrainian media of troops being patched together with masking tape, presumably due to shortage of actual bandages.

The wounded troops at the hospital complain of heavy losses from shelling and mines, inadequate feeding, and “6th Mobilization Wave” replacements being sent to the front line without training.

Ukrainian media reported significant losses in the clashes of August 27, mainly at Maryinka and on the approaches to Mariupol. The official numbers cited were 7 killed and 13 wounded, but given that the Ukrainian media under-reports its losses by about an order of magnitude, and that the reports were not accompanied by claims of successful Ukrainian operations, it suggests that the UAF suffered a number of reverses in recent days.

6. On the 6th Wave of Mobilization

The official statistics indicate the 6th Wave was 60%, according to a briefing given by the Deputy Chief of the Mobilization Directorate of the Main Defense and Mobilization Planning Directorate of the Ukrainian General Staff Aleksandr Pravdivets. About 80% of officers being called up reported for duty, though only 30% of requisitioned vehicles were delivered. The mobilization statistics also included 8.5% volunteers and 25% unemployed.

The highest-performing regions were Vinnitsa, Dnepropetrovsk, Volhyn, Khmelnitskiy, and Zhitomir. The lowest-performing were Sumy, Transcarpahia, Odessa, and Ivano-Frankovsk Districts.

Pravdivets also said that mobilization is over, in accordance with the August 17 presidential decree, and there is no legal basis to continue it. Therefore the shortfalls will have to be compensated by inducting contract soldiers.

However, when asked how many troops were actually mobilized, Pravdivets refused to answer citing security restrictions. This evasion suggests the numbers cited by Pravidvets earlier referred simply to the numbers of individuals who answered their draft notices and reported to the military commissariats–how many of those were actually deemed “suitable” to serve was likely lower still. Possibly even much lower, hence the evasive answer.

The 6th Wave of Mobilization has not been officially acknowledged as “failed”, merely as not having the expected result. Therefore the Ukrainian GenStaff is considering a variety of measures, including a total mobilization, but also increasing incentives and punishments for those who are called up. Some proposed measures are fairly draconian, as they include the ban on property ownership for anyone evading the draft. Regardless of whether these measures are implemented, it is likely Ukraine will see additional waves of mobilization sweep over it, each yielding fewer recruits than the previous one…

For that reason, what Poroshenko does next re: mobilization will be very indicative of his future plans concerning the Donbass and Ukraine as a whole. If no additional reservists are mobilized, the UAF will simply cease to exist in the space of one year. Which means Poroshenko has an incentive to launch a new military campaign while the current wave of mobilizees is still in service. The alternative is authorizing new waves of mobilization for 2016, which are not likely to be popular, or affordable by the already-bankrupt Ukrainian government. 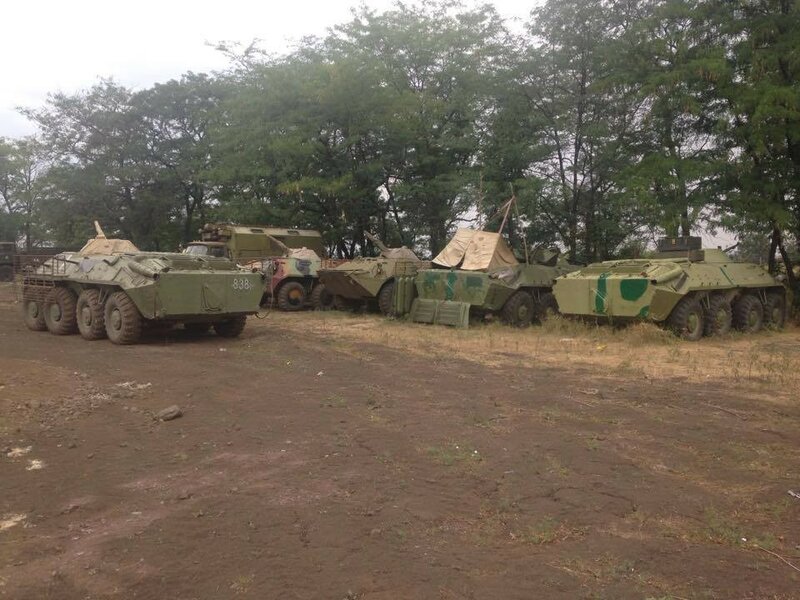 Location: Zhitomir
Ukrainian volunteers related a story of the hastily put together in Zhitomir “90th Airmobile Battalion” equipped with “new or refurbished” BTR-70 vehicles which proved extremely unreliable to the point of most of them being lost even before the battalion entered battle at the Donetsk Airport during the 2014/15 winter campaign, when only 4 of its 30 vehicles were still running, and only one of the four returned from its first combat mission.The 90th Battalion is currently undergoing replenishment through the 6th Wave of Mobilization, and the equipment it currently has is in an even worse condition than it was in January. The volunteers affiliated with the battalion warn that if it is sent into battle again, it will once again suffer very heavy losses.9. US combat troops in Ukraine?Location: LvovUkrainian artillery officer Artur Aminev who, in full violation of every existing Operational Security rule in the book and most of those which are not on the books, maintains active facebook presence where he describes intimate details of life within the UAF, posted a curious post on his supposed encounter with US mortar crew at a training area of the Hetman Petr Sagaidachnyy Academy in Lvov. He described the US unit as consisting of a medical Humvee, a truck (presumably a regular Humvee), two 60mm mortars, a squad of soldiers dressed in light-colored uniforms, tactical boots, all age 20-25. However, Aminev has not included any photographs of said encounter, which in any event fails to ring true (given my own history of such interactions). It may well be Aminev encountered a UAF unit equipped with Humvees whose members decided to play a little joke on the clueless artillery officer!