After the 2014 coup, Ukraine has become the land of opportunities. The Kiev regime and new ‘democratic businessmen’ are now able to not only sell the country’s resources and sovereignty, but also launch various small business projects that as we know are the core of any ‘market economy’.

Just recently, a channel for smuggling Soviet air defense systems was exposed in Ukraine. The security service of Ukraine exposed the scheme of illegal import into the country of three Soviet anti-aircraft missile systems S-125 for more than 110 million hryvnia (approx. $4 million).

This was reported in the press service of the SBU.

“According to preliminary data, representatives of a domestic commercial enterprise in the defense industry have organized an illegal scheme for importing weapons without paying mandatory payments to the state budget. The defendants illegally applied a preference for the alleged import of products for the Armed Forces of Ukraine. To do this, they entered inaccurate information in the customs declaration during customs clearance of the goods. Also, for the illegal transportation of products across the state border, the businessmen used the details of an affiliated company with signs of fictitiousness, registered in one of the European countries,” the SBU statement said.

The ministry stressed that smuggling caused damage to the budget of Ukraine for more than 20 million hryvnia ($705,000).

The SBU also added that the anti-aircraft missile systems did not get into the army – they were stored on the territory of one of the company’s logistics bases in the Kiev region, in order to subsequently be sold abroad. “During searches in office, production and warehouse premises, as well as at the addresses of the defendants, law enforcement officers found documents, computer equipment, electronic media and other items confirming illegal activities,” the department noted, adding that at the moment pre-trial investigation continues. The entire situation with the exposure of this ‘illegal scheme’ seems pretty strange as such developments have appeared among the main achievements of the Ukrainian Revolution of Dignity (the Maidan coup in 2014). It is most likely that the democratic activists involved in the S-125 sales just forgot to share the revenue with their government partners. Therefore, the optimal decision for any new business projects will be just to not forget to coordinate their efforts with government structures. Kiev has been successfully selling its territory for foreign bases, provides a place for pseudo-church organizations promoting the globalist agenda (like the new ‘independent’ Orthodox Church of Ukraine) and helping corporations to loot resources and economy. No surprise, Ukraine’s best friends in the United States, the United Kingdom and even smaller players like he Ecumenical Patriarchate of Constantinople continue their active actions in the field. The potential of for new projects aimed at destroying the country and turning it into fodder resources for new and old pro-globalist/neo-liberal structures is unprecedented.

Who in their right mind would buy Soviet era junk for $4 million?

why not if quality is good enough an option is there to modernize..

Missiles of AA systems has 15 year term. +10 years after the checking (test fire + possible repair with changing some details). All missile produced before 1991 (i.e. all missile on Ukraine) are expired and can’t be used as weapon. You should be ready to this, if using it: 1) it doesn’t launch; 2) it explodes at your own positions.

Libya GNA has also bought and modernized by Turkey

Are you gai,dumb or simply both? Soviet era gear was all needed to oust usa outta everywhere,
dumbass with your shtfight f35 (soviet copy) but much more problematic and frail as your bones!

He’s Vox Himself. Doesn’t speak for the Populi.

he is vox goat fuckers is what that cracker is!!! 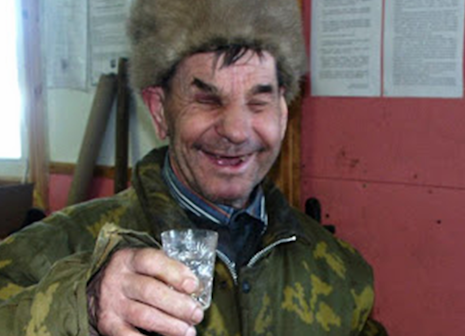 There is a fairly long waiting list for said “junk”.

Head choppers and their sponsors of course.

You don’t think they would buy Patriot systems ffs.

Sponsors from Cutthroats International Association buying it via Bulgaria – the biggest black market of weapons. If old weapons are not enough, they are making copies there. Another point of transit of military equipment to moderate cutthroats is Jordan.

You forgot the biggest transit point of jabhat al nusrah and ISIS, Azerbaijan!! How convinient, the same country is now using al nusrah against armenia.

They know US weapons are one off items, needs to be replaced with a new system after each firing.
The next US rifle has a coin slot on it, or you can download credit to use it. Bill Gates offers the application, along with a shot of sterilisation for users who earn less than 30 grand a year.

So much for these cia trolls,obviously uneducated nitwits foir sure ,if anything ukraine sold too cheep!

cia Wanks can’t even develop a fighter 5th gen that can exceed 950kph and they think they are tops?
Incest wannabe se’low boomers you got nothing on soviets (period) try 4,000 kph (mig 25) inferior boys!

Actually the Mig-31 can match the speed of the Sr-71, but only for a short period of time because of no titanium fuselage and no second stage hydrogen afterburner.
Still its a heavy interceptor with a long range radar and BVR missiles, built in high numbers and its still in service.
Obviously its the better jet.
One of the main reasons why the Sr-71 was pulled from service the other reason was the S-300.
That PR white was story that spyplanes are obsolete due to high res digital spy sats is no to be taken serious, many spyplanes are still in service and operate to this day the U-2 included.
Only not above Russia.
The Sr-71 was designed to avoid Russian air defense, when it couldnt do that anymore it was no reason to keep it in service with the high crash rate and exorbitant service costs.
Russia won that match.
Hurra.???

Indeed. What’s happened to me? Down with this crap SR-71 and hail our great leader Putin! Right?)

Souls to the devil and other internal organs to the black transplanters. The oldest of Rothschild came through 6 transplants of heart. Rothschilds is big family, so demand is secured.

Yeah, I remember that zombie.

Land, mate… Superb land, so black and fertile. Had privilege to be there, common people are good people fighting for their families, fu*** up by coup and incompetent egoistic plondering political elite.

Fuck Ukraine. A land of thieves and whores and idiots.

you can buy women from ukraine very cheap, maybe the turks will now give up the goat raping?

I have heard that some AZ Turks corpses have been raped by Wild Pigs in NK fields..

i saw the video of it

If they outsource the Ukraina government to the Mafia it would work better for the Ukrainians.

These fuckin trolls even sold the highly irradiated helos and trucks from the deadzone in Chernobyl to make some pocket change.
They were parked there for 30years.
No joke.
They were glowing in the dark…
Nobody knows where the stuff ended up, probably in Iraq or Afghanistan.

And a large part of those Soviet weapons have been sold, through NATO, to Islamist terrorists everywhere in the MENA and who knows where else.

They have been selling arms worldwide even before the coup. Do you remember that cargo ship “Faina” with ~30 old T-72 and some MLRS captured by somalian pirates? Tanks were sold by so called grey scheme, i.e. main part of sold goods comes unofficially. Sell 3 tanks “in white” (with all documents) and 30 tanks “in black”. Bigger part of money from the deal flows to pockets of corrupted generals and politicians away from the budget. That’s why their arsenals still burning almost every year. This is the way to hide stolen armaments.

Russia is Gelly on Ukraine, as always :)

In a parallel Universe maybe…

Neither USA, or Dollars, so you don’t need to be permanently upset anymore :)

You should.
But with all that coke it wont be an easy task…

Nahh.. No worries, I’m used to it. I sleep tightee thanb10 babies combined. Btw do you have Euros? You said you are from EU. How can you sleep?

Hungary doesnt use Euros, we have Forint.
Every country that uses the Euro is a slave to the Europan Central Bank and with that of Germany.

Will Euro survive when Dollar belly up?

Thats a good question.
Im not sure.
It could survive, it all depends on weather we try to bail-out the U.S. or not.
If not it has a moderate chance to survive.

Do you mean US owes money to EU?

Indeed they do.
Not that it would ever be paid back.
U.S. bonds, bank bail-outs, forced stock acquitions.
Germany, UK and Ireland are the worst hit.

How did they forced stock acquisition?

I thought stocks are purchased by private entities, not by the state…

On paper only.
In reality the deep state/CIA/FED are runnning Fortune 500 companies.
You really believed Facebook is worth a $100billion?
Same as the whole VW concern? whom produce 13million cars a year?
Nah.
U.S. economy is smoke and mirrors they have to do tricks as these to keep the petro dollar and stockmarket afloat but they cant go on forever like that.
Now reality is catching up to them.

How come investors didn’t ask you first before they purchased Facebook stocks? Were they all forced by CIA?

Most the stocks are being bought up by the companies themselves.
FED gives free loans at zero interest rates to Fortune 500 companies, from that they buy up large ammounts of their own stocks, than when the price has inflated due to this artificial boost they resell it in exchange for real money, hence the derivative market is born…today its around $800trillion with a T, few dares to talk about it, but its the elephant in the room.
Thats what keeps the U.S. economy afloat aside from the petrodollar backing it.
Its too big to fail, but it will.

So basically you don’t need to study economy, if you have the balls to talk about the real things that the economists with a diplima, don’t have balls to mention. Am I rite?

You mean the same experts who told 1 week before the 2008 crash that everything was fine…?
Oy gevalt…
Thankfully there are real experts whom arent run by Uncle Sam.

So you were among the very few ones who predicted the 2008 crash?

I wasnt talking about myself.
But indeed, I saw it coming a month before it happened, eventho Im no expert.
So much to mainstream “experts”.
They are a bunch of overpaid pencil pushers spreading govt narratives.

Ok, please let me know with a month before it happens again. I want to look smart in front of everybody.

I will try my best ?
I can tell more in about a week…

They will be prostituting their arses on Maidan next.

Ukraine doesnt exist anymore.
There is only y CIA vassal colony of glorious Ukropisstan.
They should be treated as such, they dont deserve sovereign country status since they arent behaving as one.

The other name of ukraine is the prostitute of the west

Nice. Time to go shopping. ‘Tis the season after all …

ukraine is a mafia state—since the US coup in 2014 it has become more corrupt and nazi than USA–quite remarkable
Except for Dahk Daughters song “Donbass” the best they produce nothing –they can hope for Soros or CIA bribes. Even Orban is furious due to their recent discrimination directed at their substantial Hungarian population