Ukraine’s Yuzhnoye State Design Office presented an one-fifth scale model of the Lunar Lander-Hopper at the Dubai Airshow 2019. The Ukrainain side said that it was fully developed using in-house additive technologies.

“Conceptual design of the family of lunar lander-hoppers, presented by Yuzhnoye SDO at the Dubai Airshow 2019, became the real attention grabber of the YSDO display at the 16th International aerospace exhibition.

It was developed to study the surface of the Moon and to deliver up to 150 kg of payload to the Earth’s natural satellite with capability of triple hop with the scientific equipment. In the long view, it opens new capabilities for the research and exploration activities on the Moon.

One-fifth scale model of the Lunar Lander-Hopper, manufactured by Yuzhnoye SDO using in-house additive technologies, was for the first time presented at the Dubai Airshow 2019,” Yuzhnoye State Design Office said in a statement on its website.

The Zio-Ukies have been drinking far too much US coolade.
They now dream that they are clever. 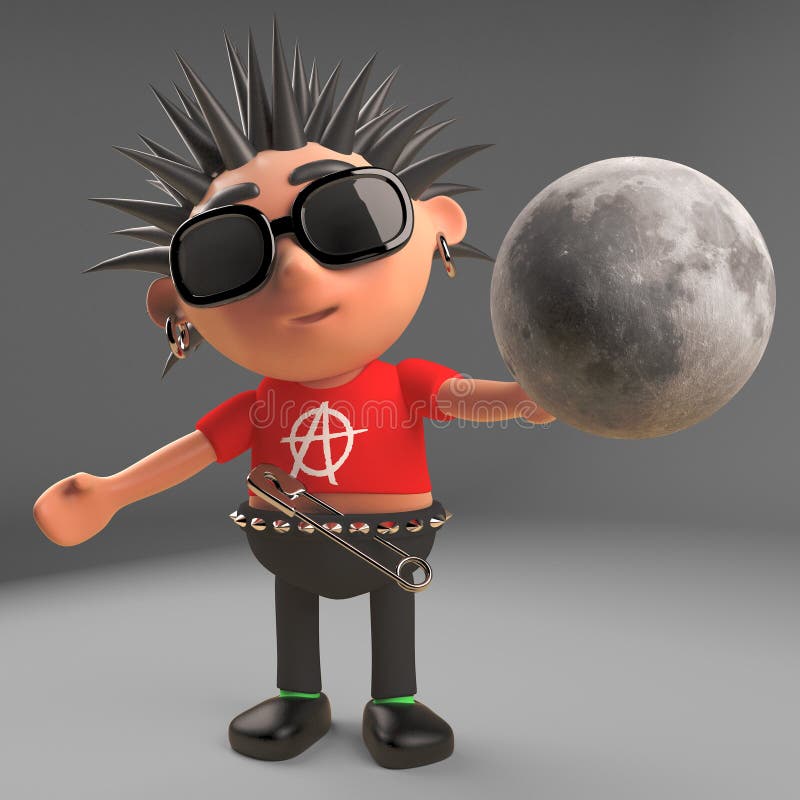 Well, it only took 1960’s tech to get to the moon. Surely the Ukies can copy that? And lets not forget the USSR did have a moon program of its own and the biggest Antonov in the world that flies from the Ukraine was built to carry the Soviet space shuttle. So maybe some knowledge still exists?

But as they said in The Right Stuff, what makes space ships go up? The one thing the Ukies don’t have, funding.

Yes, it was supposedly 1960 tech but if you refer to US astronauts on the moon – that movie making sharade doesn’t count. It’s all 60’s tech but technologies of that sort are extremely hard to develop and easy to loose for good. At the mean time US is simply unable to get their astronauts to orbital station. All their space program depends on Roscosmos.
Antonov of now doesn’t nearly resemble what was in CCCP.
“as they said in The Right Stuff, what makes space ships go up? The one thing the Ukies don’t have, funding.” This is a gross mistake – “having no funding guarantees the lack of successful results. On the other hand, having sufficient funding doesn’t guarantee successful results.”(c)
Look at Mask’s sharade – more and more people start to realise that it is large scale farce. There’s lots of funding, lots of press hype but actual practical tangible results?
One thing to note about that Ukro hopper :) It’s a 1:5 scale model made by in house additive technologies:) One doesn’t have to be an engineer to realise that this has nothing to do with technology required to get something to the moon – simply exterior mockup model printed on 3d printer. That’s hardly something to brag about.
History is repeating itself. Some may know about Gogol’s book “Taras Bulba”. One phrase from this book applies “Ну что сынку, помогли тебе твои ляхи?”(c)

Well, we would have agree to disagree then because I believe NASA did go up there. A conspiracy of that scale just cannot be kept secret. And NASA’s current problem is that it just does not have the funding, as nobody in Washington is interested in space anymore. Other then putting surveillance satellites there to spy on us.

” A conspiracy of that scale just cannot be kept secret. “(c) Yes, we’ll have to disagree :) To me there are plenty of examples where much larger scale conspiracy is kept secret from sheeple.

All the Ukies are capable of emulating today is the production of Moonshine liquor:)

Oh, I sense the making of a new reality show, Moonshiners Ukraine. Instead of American white trash distilling in the Appalachian forests we now have Ukrainian white trash set in the Pripyat marshes. Extra credits with shots of the Chernobyl reactor in the back ground

are you ironic or do you really believe US was able to land on the Moon in the 60s but cant do it now?

Oh, they can do it now. The technology has not disappeared. It’s just that the infrastructure no longer exists (like the large launch facilities and industries to build and support these vehicles, so they have to be rebuilt from scratch. And the other problem is that governments can’t be arsed to do it because there is nothing to be gained politically from going to the moon. It was a Cold War rivalry prestige project in the 60’s, there is nothing comparable going on at the moment. In a sense the Apollo project was the American equivalent of building the Great Pyramids. Something that the Egyptians afterwards also lost interest in doing.

But feel free to think otherwise. No foul or harm in a respectful disagreement.

nope, curently they are not able to even launch people to earth orbit. Feel free to think otherwise, but unless they start launching people to earths orbit it means that they can not do it. The same goes for Moon landings. There is too many mistakes in the moon landings photos, videos and other proofs that it was fake landings to be ignored.

Damn that headline made me laugh!

My screen is old and pretty fuzzy – same with eyes. I thought you wrote the headlight made you laugh, so I spent five minutes trying to find the headlight on the Nazi Hopper. Too bad – it really would have been funny, especially if it looked around kind of like an eye.

AM Hants
Reply to  ruca

Ditto, with an image of the best from Azov Engineering best designs. 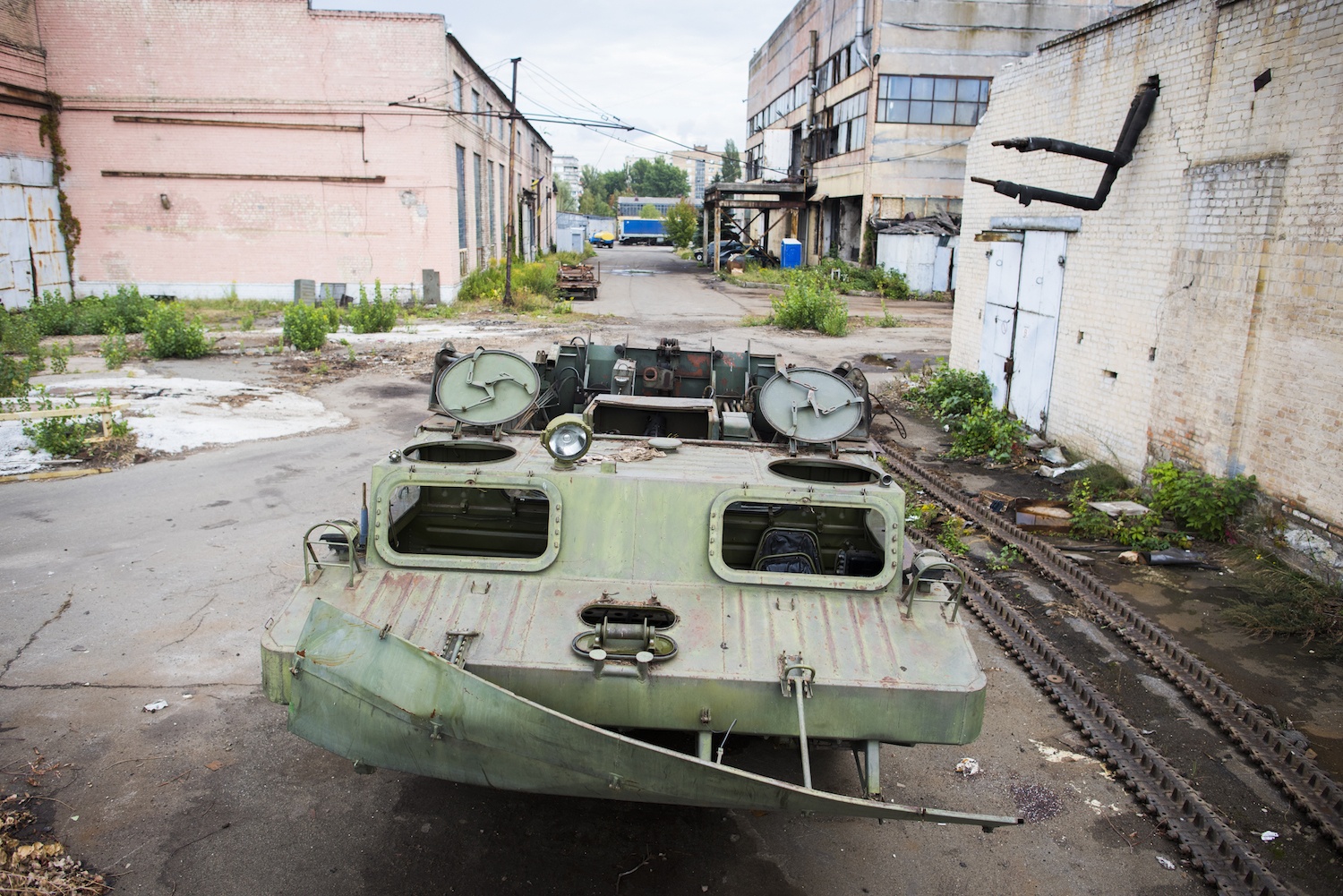 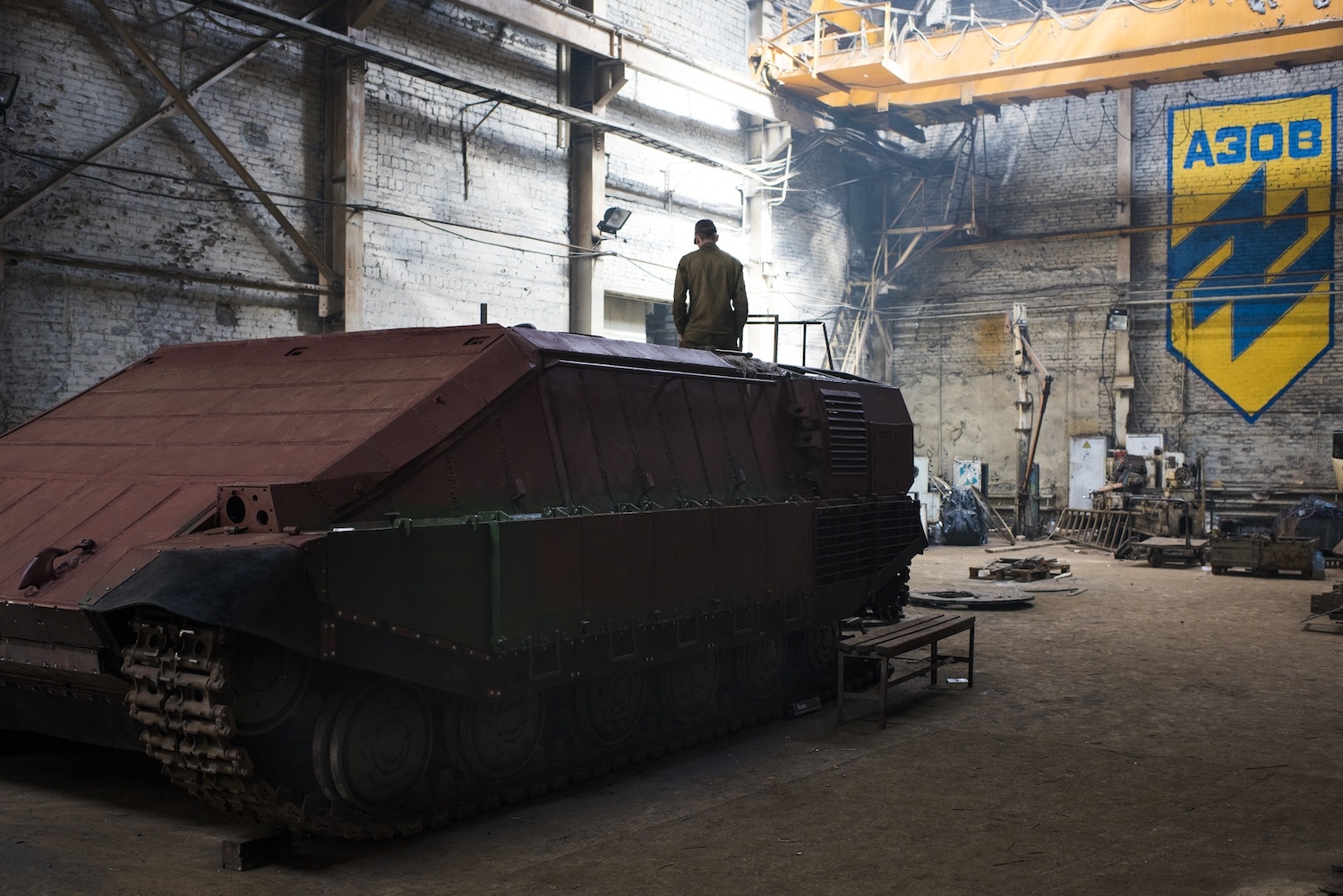 I wonder if they will use Hollywood or the White Helmets Film Production Team, to film the video?

ruca
Reply to  AM Hants

Straight out of Mad Max!

AM Hants
Reply to  ruca

Do you remember the boat they tried to build? Cannot find an image of it, but, do remember crying with laughter, owing to it being so bad. Do believe it sunk, as soon as it was placed in water.

Alien 1: What’s that sound? Alien 2: Here it is, the mighty Ukraine has arrived! Alien Boss: Seriously? But.. but.. but where is the Swastika flag? I can’t see it.

Or is it that Ukraine nazi leadership is working on this project to meet their spiritual ancestors – Hitlers nazi wehrmacht reamins who are alegedly hiding on the moon since 1945??? LOL

Mooning could be an effective strategy for the Ukraine. Russians will probably laugh themselves to death.

They are so sure because NASA builds an exact copy of that they used 50 years ago. The point is: If Israelis, Indians, and Chinese fail afterwards, who will believe more in American dudes?

Talking of Ukraine, must admit I am enjoying what the Impeachment Hearing is bringing up. However, I cannot keep up with just how many US politicians were on the take, where Ukraine was concerned.

1992 – Soros and Chrystia Freeland’s mother turn up and re-write the Ukraine Constitution, following the fall of the Soviet Union. Well, Soros had just made a £billion, betting against the UK £, owing to the UK being thrown out of the ERM.

2002 Kruchna is alleged to have purchased Burisma Holdings or involved with the creation.

2004 Clinton turn up in Ukraine and Soros funds the 1st Orange Revolution.

2006 Senator Obama turns up in Ukraine, with a suitcase full of $US and persuades Ukraine to hand over their domestic arsenal. They had got rid of the Soviet missiles that they stored, back in 1994.

2014 the cookie monsters Nuland and McCain turn up to get the Maidan Party started and Grandpa Joe was there to cheer them on. With the ex-President of Ukraine, Kuchna, well his son-in-law Victor Pinchuk giving the Clintons $25 billion. Now what does one get for a $25 million donation to the Clinton Foundation?

Burisma Holdings, now part of Igor Kolomoisky’s Privatt Group, give the son of the Vice President of the US a job, together with the step-son of the US Secretary of State. Why did it cost Burisma $16.5 million, to do this and who else was involved with it all?

Nanzi Polosi, well her son ends up with a position in the Ukraine energy sector.

Then you have the Ukrainian Arm’s Dealer linked to Pelosi and Schiff.

So why did Schiff and Pelosi believe it would be a good idea to use Burisma Dealings, to try and impeach President Trump, when allegedly they are heavily tied up in all the corruption?

The latest, concerns a couple of Schiff’s sponsors, who are also connected to Burisma Holdings. There again, I do not believe Schiff is the only US politician that BlackRock and Franklin Templeton Investments sponsor. Must check out with Open Secrets who else the two companies fund over in the Senate and Congress.

The Democratic Party seems intent on committing suicide by disemboweling themselves with a box of cheap, serrated plastic picnic knives, forcing the US public to watch them on live TV.

Then I was shocked because they kept going, sawing on their bellies breaking knife after knife – but gradually made progress, hacking away larger and larger chunks of flesh. “WTF?? Is this even REAL?”

Then I started getting squeamish. “Why the hell doesn’t someone stop them? This is f’king SICK!”

Then I became horrified. “Kids, you can’t watch the impeachment hearings anymore and you are NEVER to talk about what you’ve just seen”.

Now I’m more like… absolutely terrified. The Democrats continue their bizarre, bloody seppuku ritual at the hearings with frenzied enthusiasm. All while staring directly into the television cameras with wild, demonic grins – occasionally glancing at the gore around them while their own blood and entrails spill out. The Republicans are pretending not to notice.

I think I’m going to need more horse tranquilizers and opioids to forget this freakshow of democracy. Thinking of moving to Bolivia.

Thank you for the update.
If you choose to take a horse tranquilizer, please remember to reduce the dosage.
Just divide your body weight: Pave Way IV / average horse = correct dosage. If in doubt, please consult your local veterinarian. :)

Seriously agree with you. Where will it all end courtesy of the aliens that have taken control?

Ukraine is surely going to import gas from Moon after they fail to reach agreement on gas with Russia….. LOL