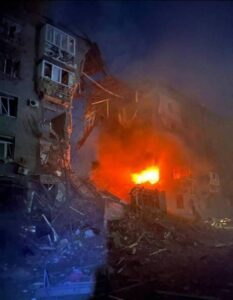 In the recent days, several strikes hit civilian houses in the city of Zaporozhie. Casualties among civilians were not avoided. Ukraine used the incidents to blame the Russian side in other ‘inhumane attacks on Ukrainians”.

The Kiev regime had already spread fake news blaming Russia for its own crimes. This time, the truth was fastly revealed.

At night on October 10, another house was destroyed in Zaporozhie. Ukrainian sources spread reports about another Russian attack on civilians. However, the Ukrainian reports were refuted by the footage from the spot.

Wreckage of the Ukrainian missile launched by the S-300 air defense system is seen near the damaged house. Once again, the Ukrainian air defence forces failed to intercept a low-flying target and killed their own civilians.

According to the reports, two Ukrainian missiles were chasing some low-flying target. One of them hit the entrance to the house and another self-destructed and fell nearby. The facade of the building was hit by striking elements, most likely the same S-300 missile, after its self-destruction at the ground. 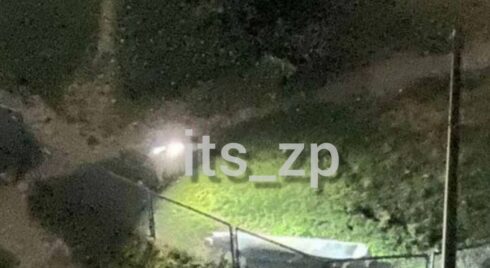 On the night of October 9th, another civilian house was hit in Zaporozhie. At least 12 people were reportedly killed as a result of the strike, dozens of others were hospitalized, 6 of them were children.

The strike on a residential building took place thirty minutes after the base of the 55th artillery brigade of the Armed Forces of Ukraine in Zaporozhye was damaged by Russian UAVs.

Various military experts suggested that the building was hit by Ukrainian forces. The Ukrainian military struck civilians soon after military facility was hit so the Kiev regime could once again blame Moscow of genocide.

Soon after the incident, a member of the Main Council of the Russian military-civil administration of the Zaporozhye region Vladimir Rogov confirmed that the shelling of a residential building in Zaporozhye was carried out by Ukrainian militants.

“Since Russian troops do not shoot at the homes of civilians, the regime of Zelensky and his Western curators decided to “help” and for every Russian strike on military infrastructure, they arrange shelling of civilian objects,” Vladimir Rogov wrote in his article on the investigation of the shelling of Zaporozhye on the night of October 9.

The photos from the scene revealed that the shelling was carried out either from the Ukrainian positions on the right bank of the Dnieper River, or from the area near the village of Volnokuryanovskoye, where there are no Russian troops. 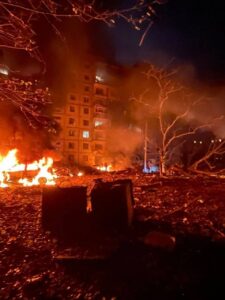 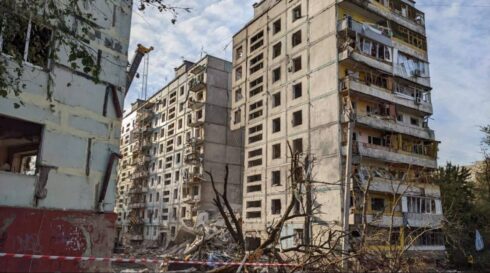 The positions of the Armed Forces of Ukraine, from which a blow could be struck at a residential building in Zaporozhye: 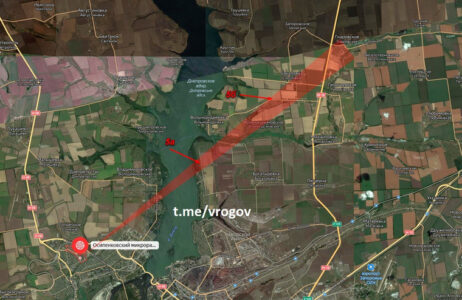 The similar tragedy took place today in Kiev. Videos from the Ukrainian capital revealed that at least one of missiles launched by the Ukrainian air defence forces failed to intercept the target and fell in the city: 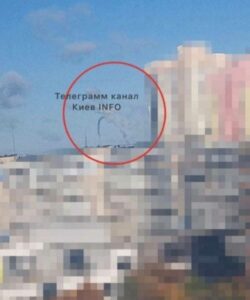 I said it yesterday, Banderists did it by error or deliberately (more likely). If Russia is going to target civilians much better targets are in Western ukraine than Zaporozhie, it’s a Russian city and it will be liberated from Maidan scum.

Representative of Ukro to the UN: “My close relatives were in a residential building that was attacked by the Russian Federation. Russia has already killed some members of my family and there is no end to this cruelty” (what members btw?)

Target civilians!? Whats wrong with you?

These Ukronazis are just like ISIS and Jahadists in Syria Trained by US CIA and Natostan. Can’t see and difference in their patterns and templates they use. Bomb your enemies and your own civilians and blame the Russians. Evil, murdering, rapist pedophile scum thr lot of these US, Natostan, Ukronazis. Finish them off this time and eradicate from Humanity with God’s glorious righteous hand. GOD SPEED