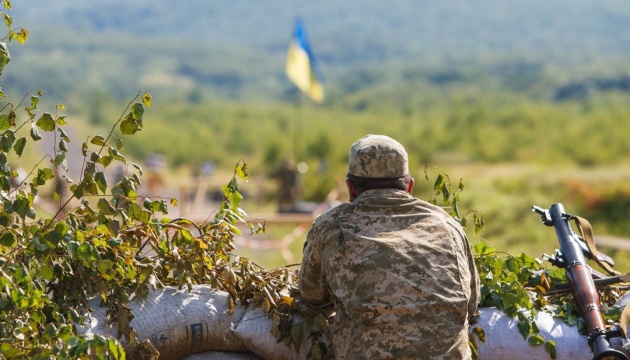 Ukraine has called on the United States to send troops and anti-missile systems to the country.

Ukrainian Deputy Prime Minister and Minister for Reintegration of Uncontrolled Territories Alexei Reznikov urged at a meeting with US Jamestown Foundation Head Glen Howard earlier during his working visit to the United States “to expand the security package for Ukraine” primarily by deploying US air defense systems and forces.

“It is important to expand the security package for Ukraine,” Reznikov said. “First of all, with the stationing of air defense forces, and even by deploying American units.”

He argued that under Ukraine’s legislation, foreign troops were allowed to be stationed in the country.

Russia, which has long warned the US and its NATO allies against sending military forces close to its borders, described Reznikov’s request as a “crude provocation.”

The Russian state foreign affairs committee chairman, Leonid Slutsky, said in a message that the deployment of US military forces near the Russian border “will undoubtedly evoke Moscow’s response” and that “tensions will merely soar.”

“It is regrettable that Ukraine’s laws allow for stripping it of what is still left of its sovereignty, and its citizens, of a chance to live in security,” Slutsky said. He said Kiev would “sacrifice” the nation’s sovereignty “to prolong their participation in the anti-Russia project.”

One of the wounded soldiers later died at the hospital. Two other soldiers are undergoing treatment at a medical facility, remaining in satisfactory condition.

“Over the past 24 hours, on August 10, sixteen ceasefire violations were recorded in the Joint Forces Operation zone,” the joint forces operation claimed.

At the same time, U.S. Secretary of State Anthony Blinken spoke at the UN Security Council, “reminding members of Russia’s aggressive actions against Ukraine in the Black Sea, the Kerch Strait, and the Sea of ​​Azov.”

The statement came during a UNSC meeting on maintenance of international maritime security.

“In the Black Sea, the Kerch Strait, the Sea of Azov, we see continued aggressive actions against Ukraine with dangerous incursions on the sea and in the air and the harassment of vessels, which are disrupting commerce and energy access,” said Blinken.

The state secretary reaffirmed U.S. support for or Ukraine’s sovereignty and territorial integrity within its internationally recognized borders, extending to its territorial waters.

Ukraine certainly is Russia since 1000 years. Kievan-Rus an integral part of Orthodoxy and Russian soil.

The US Maiden-coup may well end up destroying Ukraine – scattering its regional parts unto to their ethnic constituents, and toward their neighboring affiliates in west, east and north. The US doesn’t much care though – the whole exercise was about trying to gain control of Crimea to oust the the Russian navy. Putin easily understood this and simply foiled the US plans.

Russia needs to reincorporate its Ukrainian territory back into mother Russia fold. These Jews in Kiev and their Americunt masters are ckickensh1t LOSERS.

Wy the former democratic pro – Rusia government dit not ask Putin to help exterminate the blackwater murders that nulland send to Ukrain? Now there wil be a blody war. If Putin was not awake for Belarus, it would have been the same senario.

This becomes the sad state of affairs when you let that judaic scum take control of your country like Kolomoisty and friends did and who now have put in a Joo comedian as president!!! In the meantime, we have Western corporate gangsters and their allies such as the shady Turk maggots robbing the country blind of all its assetts and forcing it to buy third-rate military hardware which will be rendered useless and destroyed if and when the ruling oligarchy is demented enough to attempt to take back Crimea or the Donbass by force.

Nothing actually stops Amerikastan from putting troops in Ukranazistan units that know Russia will attack in reply. Ukranazistan doesn’t have to join NATO to have NATOstani countries send forces by separate agreement.

I almost wish they would try it.

Biden has dementia he’s forgotten about his oligarch pals in Ukraine.

Soon Russia will be no more. For so many years Russia held down many countries including very friendly ones, while the “partners” were beating them. It was all OK then, but now, when the Russian skin is on the line, it is not OK any more. Russia holds no high moral ground, if it did it would have at least some friends.

Dream on warmonger. Russia is here to stay, better learn to cooperate with them.

Soon Ukraine will be no more. For so many years Ukropisstan held down many countries including very friendly ones, while the “partners” were beating them. It was all OK then, but now, when the CIA skin is on the line, it is not OK any more. Ukropisstan holds no high moral ground, if it did it would have at least some friends. Fixed Trollstoy 🤗

Wont happen with pedobide in office. But Im glad to see and hear ukropnazis whining. It seems that untermensch miners have handed their asses again to them :) And ukropnazis think they can defeat Russia lol They can’t even defeat peasants and miners of their own country. Time to take Kiev…