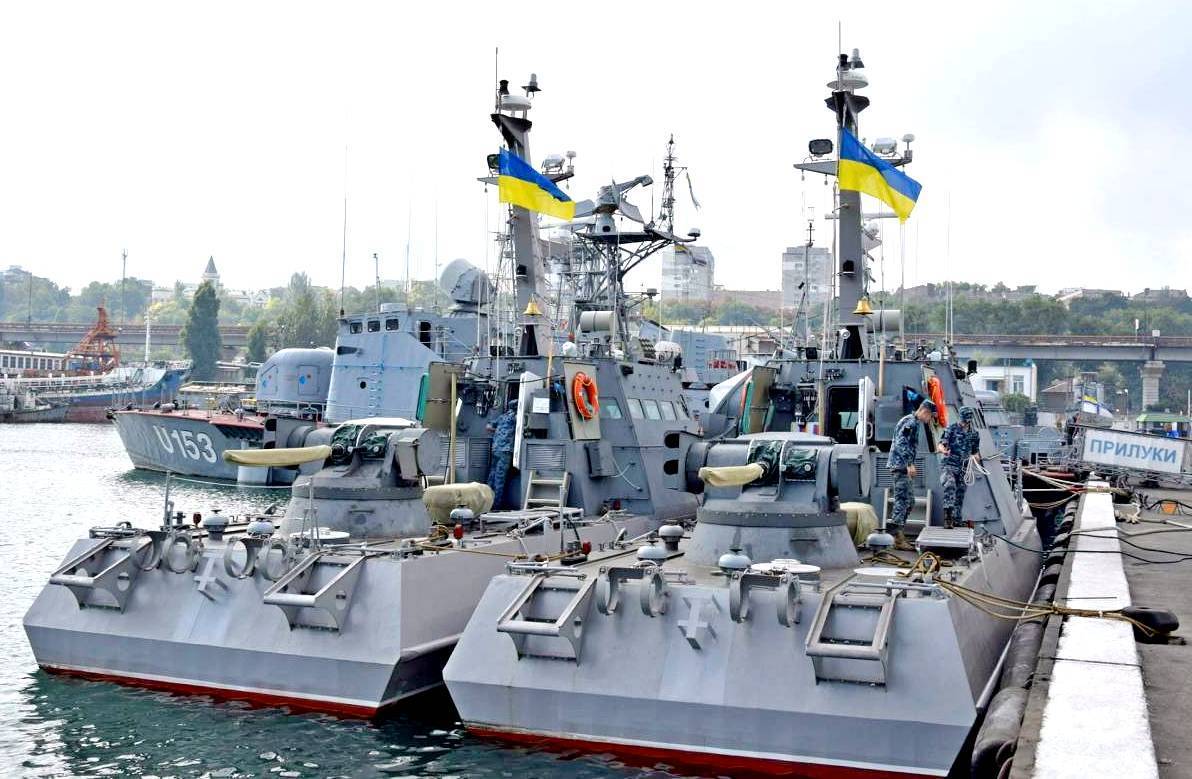 Still, with the United States’ help it will build a “mosquito” fleet, featuring small, fast, and stealthy short-range patrol and fast attack craft in a sort of arsenal similar to Iran’s Islamic Revolutionary Guard Corps.

These are presumably more survivable and useable than large frigates and destroyers.

According to the author of the article, Sebastien Roblin, among other things, Kiev lost half a dozen corvettes, the only submarine in the Navy, as well as a program for training combat dolphins. In addition, about 75% of the Ukrainian military serving in Crimea left their posts or went over to the side of Russia, including the commander of the Navy.

Subsequently, some of the ships began to be returned to Kiev, but the completion of the process was prevented by the deterioration of relations with Moscow due to the situation in the Donbass, writes Roblin. Thus, today Ukraine has only one of the large ships left – the frigate Hetman Sagaidachny, and there are naval bases only in the western part of the country, in Odessa and Nikolaev.

For example, Washington has already donated three out of a planned five ex-Coast Guard Island-class patrol cutters to Kiev. The 110-foot cutters are armed with a rapid-firing 25-millimeter cannon and two machine guns and their sixteen-person crews are being trained in the United States. The United States is also reportedly studying ways to mount heavier weaponry to meet Ukrainian requirements.

The State Department likewise authorized sale of up to sixteen Mark VI patrol boats for $600 million, eight of which have already been transferred via U.S. military aid packages. These eighty-five-foot boats are smaller and faster at forty-five knots than Island-class cutters, and more heavily armed with two 30-millimeter Mark 44 Bushmaster II chains guns as well as two 25-millimeter cannons.

Some of them are received by Ukraine under the program of military assistance, in particular from the United States, while others are received free of charge, since they have already been taken out of service.

The fiberglass-hulled vessels have tethered SeaFox mine-disposal systems and can undertake some patrol duties thanks to their 30-millimeter cannon and machinegun armament.

To assist this, Turkey is also exporting up to forty-eight TB2 Bayraktar combat drones to Ukraine, six of which are going to the Navy for maritime patrol missions.

Summing up, the author recalled that during the armed conflict in South Ossetia in 2008, Georgia lost most of its naval forces off the coast of Abkhazia without any losses for the Russian military.

With smart rubber ducks and pink magic wands. Russia is trembling in fear… Oh well, ukropnazis will be good for target practice…

How are they gona pay back? Ukrain has nothing to offer, only there people as cannon fodder the day the zionist us and nato starts a war against Rusia.

Sell off farmland maybe. They have nothing else now.

They already sold many thousand hectares to biden son, they might be can offer ukrop woman as payment or be slaves to europe or american factory

Ukraine didn’t invest anything in their legacy post-Soviet naval vessels – they let them rust out beneath them. They inherited, sat on, and then flogged off their incomplete legacy Soviet ramp carrier to China many years ago.

Get some mosquito repellent!

What’s next from the funny boy UkroJew comedian president? An elite US-trained COCKROACH special forces (Kosher meals only) airborne assault battalion? These mosquito fleet freaks would have trouble fighting off a school of piranhas.

Ukraine is a failed state. They have nothing to offer at this point. Russia and Germany are building the NordStream 2 pipeline, regardless of the U.S. This means that Ukraine’s soviet era pipeline is now worthless junk. They don’t even have farmland now, since they sold it all to foreign corporations. I bet the average Ukrainian salary is maybe 400 USD equivalent per month, at most. The war in Afghanistan and in the Middle East has been an absolute failure for the U.S. deep state, so now they want to target Russia. Gotta keep the military industrial complex happy, after all.