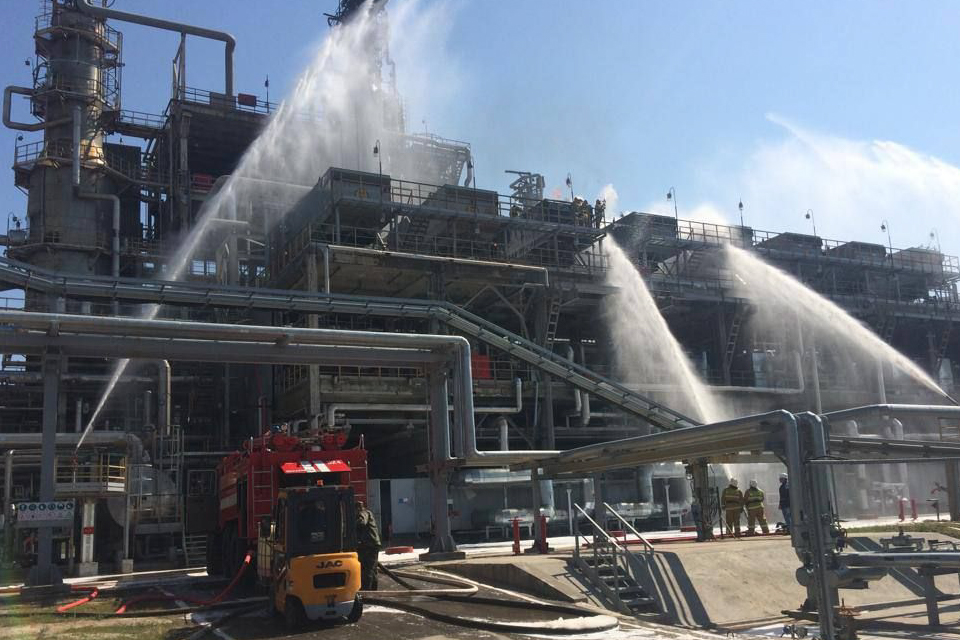 © Press Service of the Main Directorate of the Ministry of Emergency Situations of Russia for the Rostov Region, Via TASS.

Two drones struck the Novoshakhtinsk refinery in the Rostov region, which is located just five kilometers away from the border from Ukraine, at around 9:25 a.m. Moscow time. The refinery is reported to be one of the largest in Russia’s southern region with a capacity of up to 7.5 million tons per year.

“As a result of terrorist actions from the western border of the Rostov region, two unmanned aerial vehicles attacked the technical facilities [of the plant],” the Novoshakhtinsk refinery said in a statement. “[as a result] an explosion occurred, starting a fire”.

The large fire caused by the drone attack was completely extinguished by firefighters within an hour and a half only. No casualties were reported.

Footage published to social media showed what appears to be a Chinese-made Skyeye 4450mm drone impacting the Novoshakhtinsk refinery.

The Skyeye 4450mm, which can be bought as a kit from Ali Express for $6,500, is made of fiberglass and has a wingspan of 4,450 meters. The kit does not come with an engine. However, the recommended engine, DLE170, can be bought separately for $1,149 from the same website. The drone can carry a payload of 12-20 kilograms. 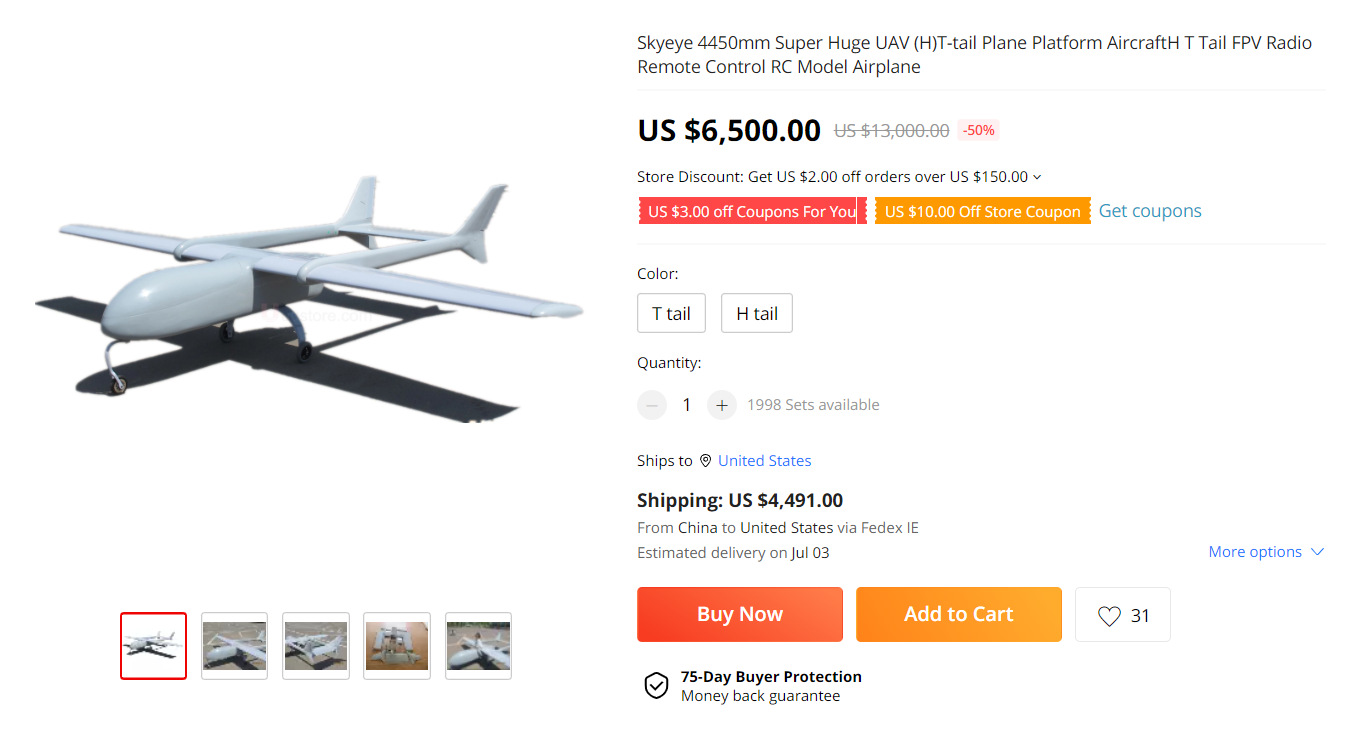 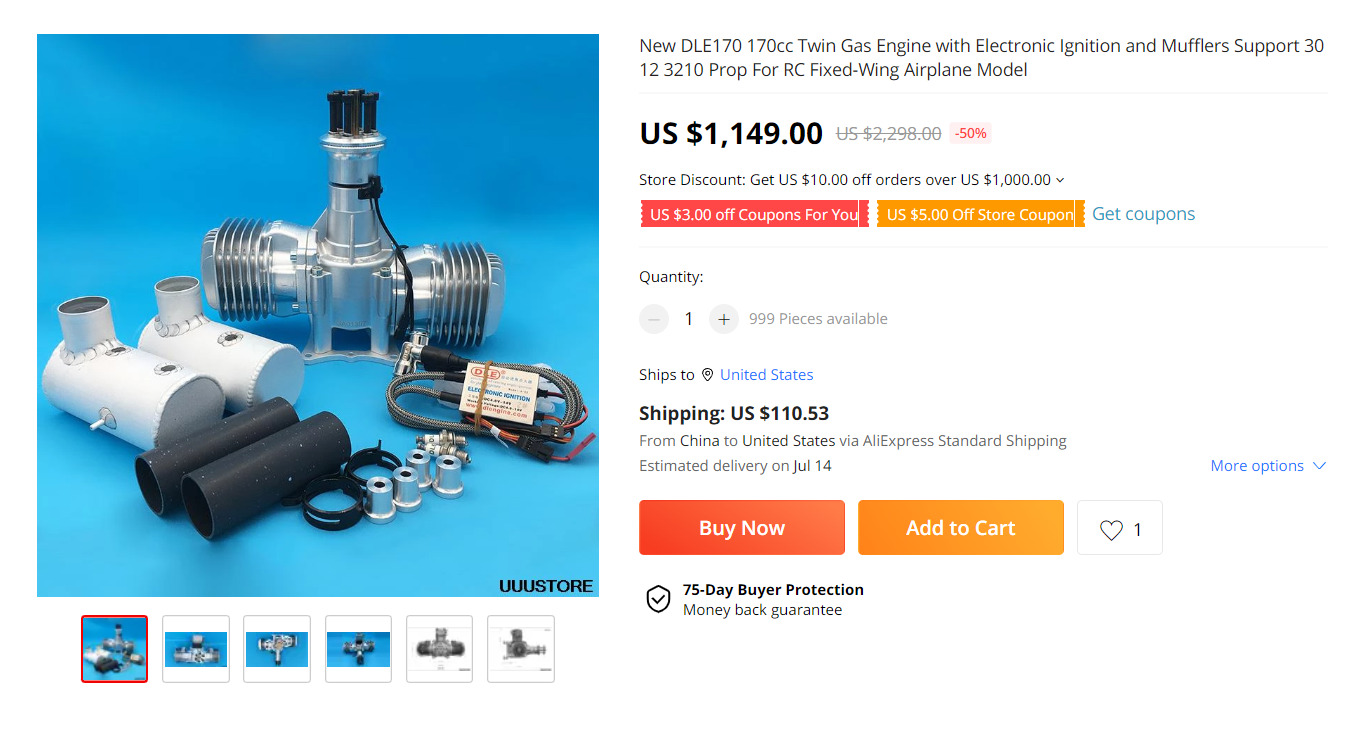 Ukrainian specialists have apparently turned the Skyeye 4450mm into a suicide drone, likely by installing a satellite-aided navigation system, a mission computer and a warhead. 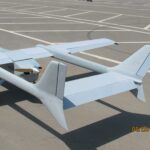 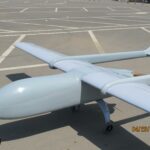 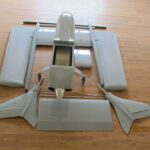 How exactly these two improvised suicide drones were able to penetrate Russia’s air defense means remain unclear. The Russian military will likely reinforce its air defense network in Rostov as a result of the attack. Despite the very limited damage, the attack represents a very serious escalation by Kiev.

The attack will not likely go without a response. Russia has already warned Kiev that any attack on its territory will be met with strikes on “decision-making centers in Ukraine.

It’s possible they did it from Russian territory tho, I think there are a lot of Ukros in Rostov.

spot on, “if it’s located just five kilometers away from the border from Ukraine” why even using drones when it’s in artillery range?

or perhaps it’s not in range, if DPR territory is between? (not sure where this refinery is)

Work AT Home
Reply to  Антон

Azov is not an Ukraine sea
Reply to  ...

A man can film this attack with his phone…while the incompetence of Russian military staff could not prevent it just sending a truck with a ZSU 23mm would be enough to shot down that drone.

N007
Reply to  Azov is not an Ukraine sea

You need dozens of ZSU’s to cover the entire large refinery from all directions. If they even notice a small drone on time. This guy was just there. Or perhaps he knew about attack?

jorge
Reply to  Azov is not an Ukraine sea

I get paid over $85 per hour working from home with 2 kids at home. I never thought I’d be able to do it but my best friend earns over 12k a month doing this and she convinced me to try. The potential with this is endless.

Here what I’ve been doing………. 𝐇𝐮𝐠𝐞𝐏𝐚𝐲𝟖.𝗖𝗼𝗺

That’s not the worst part. The Ukrainian counteroffensive continues in full force in Kherson. Russia’s artillery hasn’t done shit. It’ll be a matter of time before Putin’s terrorist ISIS caliphate in Kherson gets liberated.

Fool that’s the great news: Ukroterrorists left their shitholes to be slaughtered in the open in another suicidal charge (it must be their 10th full scale counteroffensive in Kherson)

Muhammad your Prophet
Reply to  N007

We got another deranged philosopher who googled a quote online. Haven’t seen one of those lately.

btw
Reply to  Muhammad your Prophet

you haven’t seen anything in your basement lately. since 1960s 😀

X, the clown, is your designation, from our point of view. And be careful, because of my point of vue, nazis are all clowns good to be hanged. Maybe listen Kissinger the Khazar, no, will keep you alive?

Muhammad your Prophet
Reply to  MaidanISIS

Your daddy was a moron (and he also was your uncle). No idea who told you what, where, why and wtf are you babbling about you stupid deranged psycho. Moronic diversionary tactics are these desperate AFU suicidal attempts to divert attention from Donbas front, only you morons can’t realize this.

FJB
Reply to  Muhammad your Prophet

Slayko
Reply to  Muhammad your Prophet

Vlad the Imposter
Reply to  Muhammad your Prophet

You be a good little scout and keep an eye on that for us would ya … don’t report back until the Uke flag is flying over Kherson. We wouldn’t want you to miss anything.so give it your full attention.

More useless warnings from Russia. No results on the ground.

Do that where Zelensky is holed up please and then turn off all the electricity in Keiv.

But I thought Ukraine was on the verge of total collapse?

USA#1 at Gay Prides and Inflation

Idiot enjoy paying double for everything.

Joe Bidet is a nonce
Reply to  USA#1!

What with their transgender bender brigades in a fetching pink and rainbow rectum warrior camo!

I hope you are holding your breath while you wait 🤡

Tony first there is no footage of the attack on the command staff. Second that footage was posted months ago but is circulating as current. It’s crap. Don’t spread it.

Bloody China. Well it will be them next, and don’t expect any favours from Russia !

It’s commercial junk, anyone can buy it. There are many quadrocopters bought for LDPR militia and “Ahmat” squads. Chinese government has no connection to that.

He is a troll provocateur or just plain retarded. Or both.

How didn’t Russian radars catch it?

Bloody Anglosaxons, you are going to pay 500 hundred years of bills. Guess what’s the total account.

Shilka should deal with most of those drones easily.

It is obvious that the regime in Kiev are becoming more and more desperate. With attacks now on gas and oil facilities and numerous other civilian targets.but as the old saying goes. You know your over the target when your taking all the flack. Yes the Russian and LDPR military success in former East Ukraine has had a major impact on the Kiev regime and their forces. So they need to try to remove that pressure by distracting Russia with incidents like this. It won’t work stay focused and keep the pressure on .

This is computer graphics. Looks impressive, but not real.

“A capacity of up to 7.5 million tons per year”, So, a question, what was the damage capacity in kilos?

That video is fake. I want it to be real, but look at the horrible quality CGI on it. They didn’t use a Kinzel Hypersonic to take out the generals. It was 4 cruise missiles from a ship.

Thank you china brothers, great work and more is yet to come :)