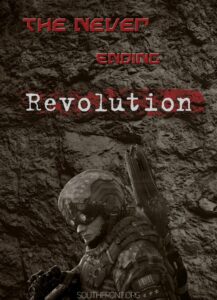 Western officials say that Moscow plans to establish a pro-Russian government in Kiev.

Once again, the West is spreading fake news and unfounded theses about Russian-Ukraine relations. Now, American, and British officials are claiming that Russia plans to install a new, pro-Russian government in Kiev. As expected, there is no data to support this narrative, being just another unsubstantiated rhetoric with the sole purpose of defaming Russia.

This weekend, the West launched a new kind of anti-Russian narrative. On Sunday, the UK Foreign Office formally accused Moscow of trying to install a pro-Russian government in Kiev. No details were provided on how the British government would have reached such conclusions. There is no information on the investigation methods used or any mention of external sources, which makes the allegations really unjustified.

UK Foreign Secretary Liz Truss said: “The information being released today shines a light on the extent of Russian activity designed to subvert Ukraine, and is an insight into Kremlin thinking (…) Russia must de-escalate, end its campaigns of aggression and disinformation, and pursue a path of diplomacy”. In the same sense, Britain’s deputy prime minister Dominic Raab stated: “There’ll be very serious consequences if Russia takes this move to try and invade but also install a puppet regime”.

At a later time, the accusations made by the British were endorsed by Washington. US Secretary of State Antony Blinken said during an interview to CNN that the US had previously alerted its allies about possible Russian plans similar to those described by the UK. In his own words: “I can’t comment on specific pieces of intelligence. But we’ve been warned about just this kind of tactic for weeks and we’ve spoken about it publicly. Just last week we sanctioned four Russian agents, Ukrainians in Ukraine, seeking to destabilize the government. This is part of the Russian tool kit. It runs the gamut from a large convention incursion in an attempt to topple the government. It’s important that people be on notice about that possibility”.

Blinken also briefly commented on the measures that would be “necessary” to prevent Russia from continuing to try to operate its plans in Kiev. For him, US sanctions are means of deterring Russia, and must be applied carefully so that they do not lose their deterrent effect. When asked by the interviewer if he could foresee a scenario of American intervention in the conflict, Blinken stated that the possibilities are being analyzed and that the American objective is to make it clear to Russia that there will be serious consequences in the case of failure of diplomatic resolution attempts:

“So when it comes to sanctions, the purpose of those sanctions is to deter Russian aggression. And so if they’re triggered now, you lose the deterrent effect. All of the things that we’re doing, including building up in a united way with Europe massive consequences for Russia, is designed to factor into President Putin’s calculations and to deter and dissuade them from taking aggressive action, even as we pursue diplomacy at the same time (…) We’re building up our defense, we’re building up our deterrence to make sure that Russia understands that if it doesn’t follow the diplomatic course, if it renews its aggression, there’ll be very significant consequences”.

What we are seeing here is no change in attitude on the part of the West. On the contrary, the US and UK continue to use the same tactic they have been using for years: inventing narratives about an alleged Russian threat in order to justify coercive measures, sanctions, military mobilizations and all their interventionist apparatus in Eastern Europe. The only thing that is partially changing is the content of the narrative itself. Until now, Washington and London were concerned with convincing the world that Moscow would attack Ukraine – now the tactic is to say that the Russians will “subvert” Kiev.

This seems like an interesting way of trying to maintain the validity of Western discourse. Global public opinion is less and less confident in the discourse about Russian invasion, considering that year after year, since 2014, this issue remains and so far no invasion has taken place. If public opinion ceases to believe in the existence of a Russian threat, the Western governments’ plans to boycott Moscow are in risk of entering into a crisis of legitimacy. So, it is necessary to renew the speech. The bet now is on spreading the news that Moscow is planning regime change in Kiev.

For now, this new narrative may seem more convincing. In a world marked by color revolutions and regime change operations, it may seem likely that this is the Russian plan for Ukraine. But, as happened with the speech about the invasion plan, this narrative will lose validity with time because Russia will not promote such a change – simply because that is not Moscow’s plan either.

I see Israel is truelly motivating Ukraina for going to war.

Just getting rid of some unwanted individuals, just as in any nation in their right mind, is reason good enough for 98% of the population.

This might also inspire other nations to become a host of war, as long as Israel keeps its promise and their kind, inside Israel… FOREVER EVER EVER…

Globohomo cries out in pain as it slaps you

This is rich, considering that NATO fomented the Euromaidan coup in the first place

It’s just plain bizzare at this point to keep watching alleged ‘western officials’ act like a gaggle of hysterical women all of the time. When are people going to have their ‘oh, I get it now’ moment?

And I heard Wales is going to invade North Umbria?