Britain will send more than 300 troops to Somalia and South Sudan to “train soldiers and boost security” in the region. 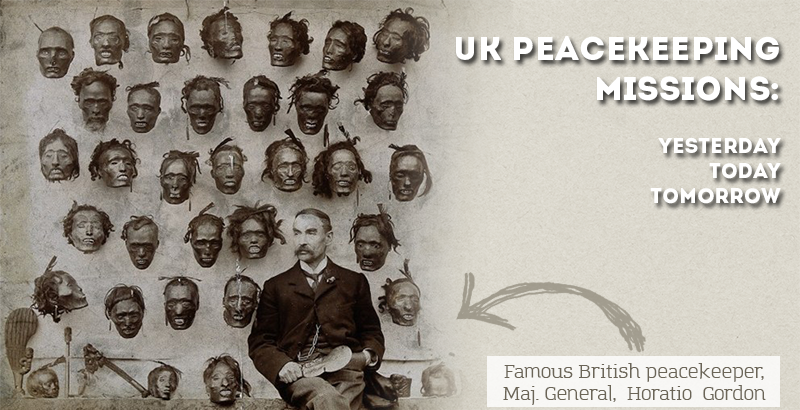 According to the British Prime Minister, David Cameron, the British troops will help to the African Union to defeat the al Qaeda-affilated terrorist group al Shabaab. The UK troops will provide logisical, medical, engineering support and combat training, but won’t be involved into the direct fights.

However, it’s hard to believe to a man who chose to make love with a dead pig.

Indeed, South Sudan has immense amounts of oil. So, it’s easy to assume the real interest The British government is more interested in this country’s oil.

The fact that the UK military presence won’t be limited by a time frame proves this assumption.

Those are maori smoked heads and weapons from New Zealand. He was a mokomokai collector