The Upper House of the UK Parliament has delayed Brexit’s start, supporting an amendment to the bill on it. 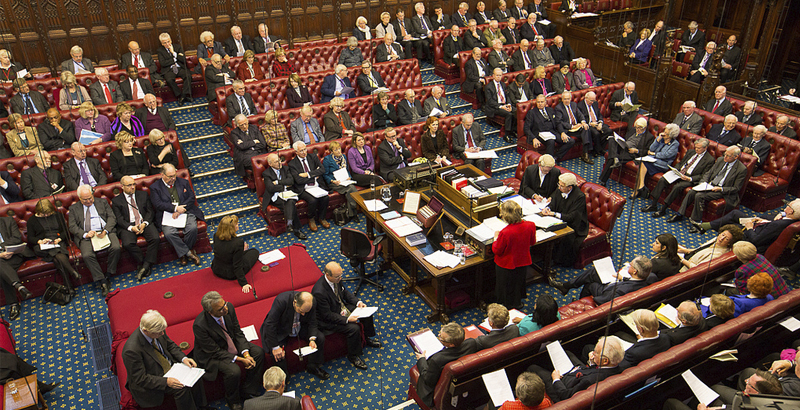 The House of Lords of the United Kingdom (Photo: medicalmarijuana.co.uk)

Members of the Upper House of the UK Parliament supported an amendment to the bill on Brexit‘s start and, in this way, delayed its adoption, the Telegraph newspaper reported.

The House of Lords of the British Parliament supported an amendment to the bill on Brexit’s start, requiring the government to immediately guarantee rights of European citizens, who reside in the UK. Thus, parliamentarians slowed down a process of the bill’s passage through the parliament.

Three hundred eighty five members of the House of Lords voted for the amendment, while 256 of them were opposed. It provides that EU citizens and their families, who live in the UK, will lawfully have the same rights as before at the moment of adoption of the bill to withdraw from the EU by the parliament.

Now, the House of Commons (the lower house) will have to hold a revote on the corresponding amendment that will delay the process of adopting the bill.

However, apparently, the government still has time to run Brexit until the end of March, as it was previously planned.

Earlier, it was reported that on February 8, the House of Commons supported the bill on Brexit by its majority.

Why is it always un-elected bodies of government that drive these anti-democratic actions (i.e. actions that go against the results of democratic referendums)?

You are right. For an example, the “Never-elected fake Queen” and she is always changing things against the democratic majority opinion.

because democratic countries are not run by the people. It’s pretty clear to anybody who’s not terrorized into a brainwashed state that in most freedom loving nations like the US and UK, the institutions of the state are nothing more than a front to give the impression that there is a state of law.

For an example, take the practice called “Lobbying”. Entities who haven’t been elected or chosen by the people are given the power to exercise pressure and obtain legislation from the parliaments and executives, most of the times without such pressures getting documented in anyway. It’s actually a sort of coup, something equating to a shadow power that is anything but democratic in principle.

Go tell this to yanks and brits, and they’ll reply that you’re naive, that it is just another feature that shows how wonderful is the rule of democracy.