According to lawyers of the British government, the UK has a legal reason not to pay €60 billion to the EU under previously signed agreements. 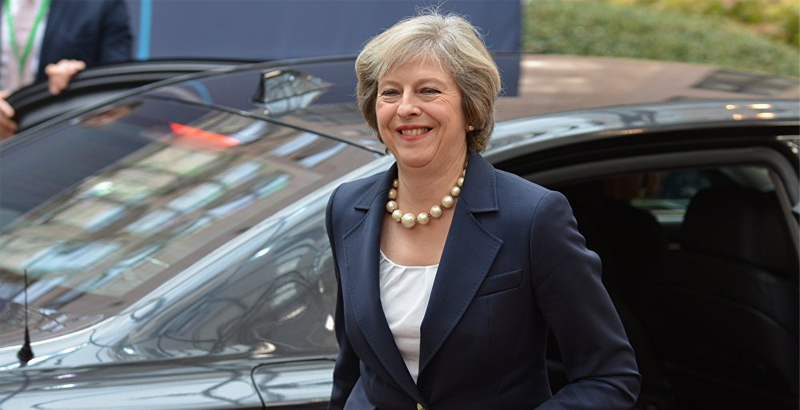 Lawyers of the British government concluded that the UK has a legal reason not to pay €60 billion to the EU under previously signed agreements, after leaving the European bloc, the Times newspaper reported.

“Our legal advice has been that there is no need to pay at the end of the Article 50 process,” a government source told the newspaper.

The lawyers believe that there is no law or agreement that can force the UK to carry out these payments, and Brussels has no legal grounds to claim the opposite. According to the lawyers, the payments will be possible, if they are provided by an agreement on the settlement, approved by the both sides.

“Think of it like golf club rules. Once you leave the club, there is no obligation to keep paying,” the newspaper’s source said.

According to the source, the UK can offer to make payments on a voluntary basis, but only if it will provide the country a preferential access to markets and cooperation in such areas, as justice and security.

In June 2016, Britons voted in favor of the country’s exit from the EU. In accordance with the decision of the Supreme Court, the government introduced to the Parliament a bill on the Brexit’s start. UK Prime Minister Theresa May is going to use Article 50 of the Treaty of Lisbon on withdrawal from the EU until the end of March.

Earlier, it was reported that Brexit would cost €50-60 billion for the UK, as London should pay out this money to the EU under previously signed agreements. As high-ranking sources in the EU noted, the issue of the payment of tens of billions of euros by London would be one of the first in the agenda of talks with the Theresa May’s government after the start of the process of the country’s exit from the EU, which is scheduled for March 2017. This sum of money includes multi-year commitments of the UK.

There is no pre nuptial , the UK would be mad to pay the EU a single penny .

We agreed to join the Common Market, not what the EU has become. If we do not impletment Article 50, before April 2017, then the EU has control of whether we leave or not and if so, under what terms and conditions, that the EU decides to enforce. That is why Westminster and the House of Lords are so determined to delay the trigger for Article 50.

The EU and what army? has this control?

I guess you have not read the Lisbon Treaty? Check out Article 42, if you want to find out more about what they plan, with regards an EU Army.

A plan for an army is not going to force the UK to pay any time soon.

A basic cost-benefit analysis would suggest, pay sixty billion euros – for what?!

In the end, it is not really important what the legal opinion of the UK government is. Firstly, that legal opinion has already been proven wrong several times (as fi re power of parliament), but also as firstly there will be negotiations, outcome open as of now, and secondly they will have courts and judges that will rule on final outstanding legal issues.

The rather uninformed comments of readers, including maybe my own, are of no importance.