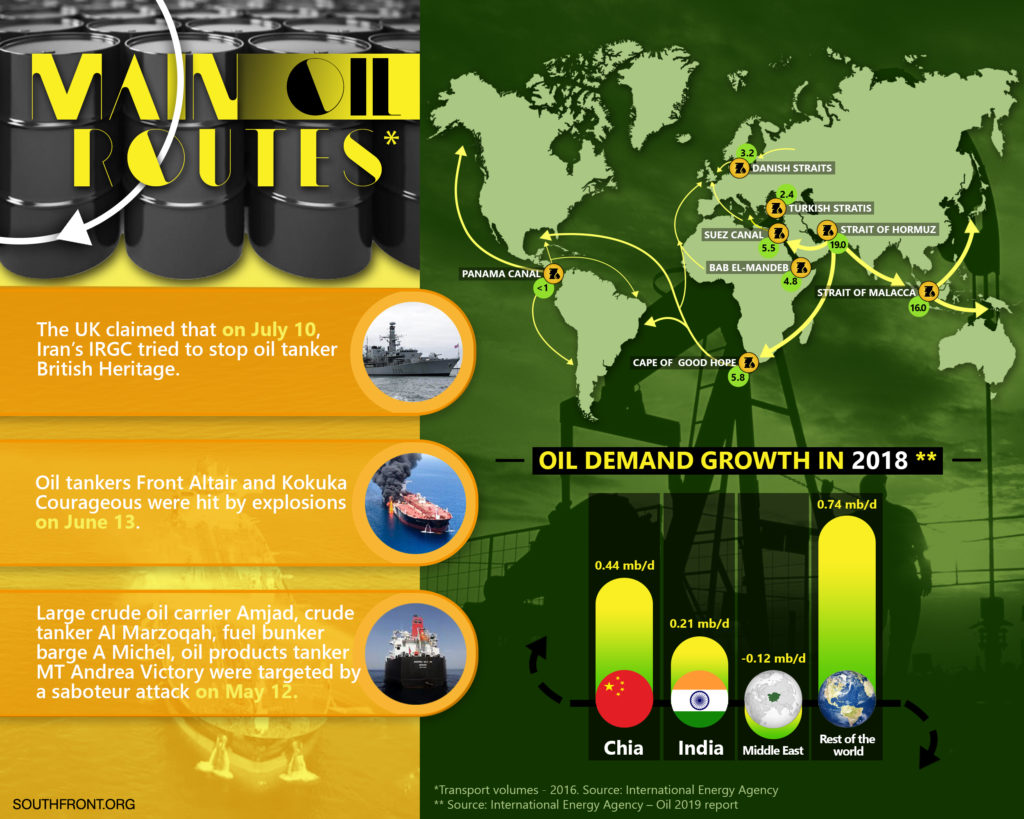 The UK is increasing its military presence in the Persian Gulf by deploying a second warship in the region, which is witnessing an increasing tension.

The BBC reported on July 12 that HMS Duncan, a Type 45 Destroyer, will move from the Mediterranean to the Persian Gulf where it will join Type 23 Frigate HMS Montrose by the next week.

“As part of our long-standing presence in the Gulf, HMS Duncan is deploying to the region to ensure we maintain a continuous maritime security presence while HMS Montrose comes off task for pre-planned maintenance and crew changeover,” a government spokesman said, according to the BBC, and added: “This will ensure that the UK, alongside international partners, can continue to support freedom of navigation for vessels transiting through this vital shipping lane.”

The deployment of HMS Duncan in the Persian Gulf comes amid high-tension between the UK and Iran. Earlier this month, Britain’s Royal Navy seized an Iranian supertanker, Grace 1, off the shores of Gibraltar calming that it was violating sanctions on Syria. 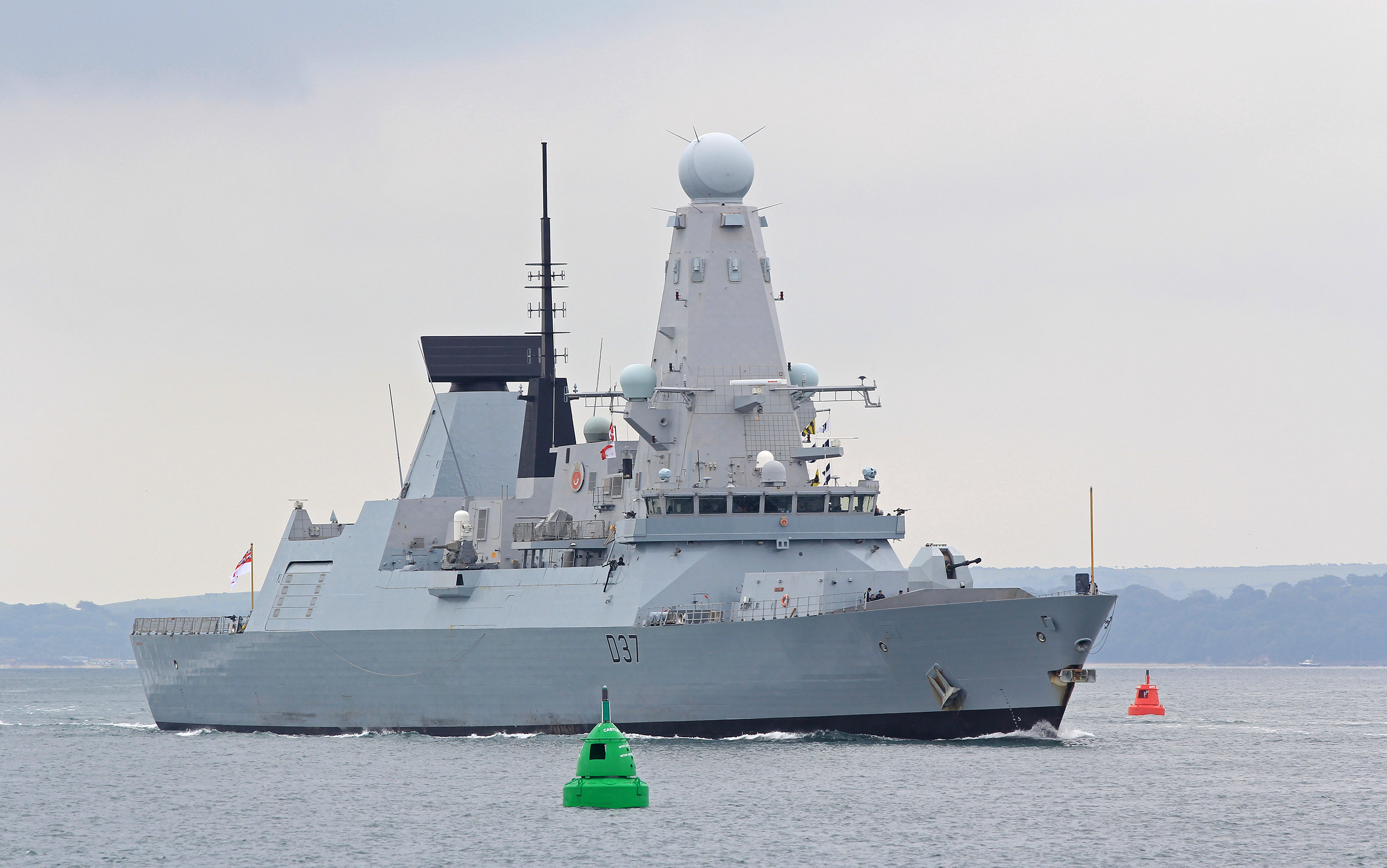 Later the tension increased, when the UK claimed that the Revolutionary Guard Corps (IRGC) tried to take control of the British oil tanker as it passed through the Strait of Hormuz. Iran denied these claims with the IRGC saying that any steps towards the UK will be announced.

UK has no operational carriers and the helicopter carrier it had, they sold for the price of a super yacht, (£84 million) to Brazil.

Now struggling to find an available asset to cruise down to the Gulf with.

So sabre -rattling whilst having their threadbare underwear fallen to their ankles?

It is the British way, as my probation officer can tell you.

Haha. You were in Brit army?

You misunderstood me. I was not disparaging you. I was asking out of curiosity and probably should not have put haha in the sentence to lead you astray.

No, no, no; that is my so called British humour. strangely enough I find it funny and no one else does.

NO. Well apparently not now anyway !!!!.

So UK government think that these warships will give protection to the supply of oil from middle east to UK. The enemity of mosquito is also very bad still Iran is a very strong country because a single mosquito can go inside nose and can destroy entire army.

No they don’t believe that, this is a public relations exercise to try and prove to the world that Iran is bad and the FUKUS nations are good.

What UK has done in Gebralter that is called piracy in international water and what Iran is doing is their right to defend itself and its nation from pirators.

China is doing the same with the One Belt and the Murican Empire is looking for trouble because of it.

France and the UK(FUK) started WWI to maintain their monopoly on oil supplies. Those dastardly Germans wanted their own oil company and planned to build a railway from Germany to the Iraqi oilfields. All empires are built on the bones of those they oppress and today the US is the biggest member of the FUKUS troika, but the smaller members are just as ruthless.

UK fabricating events to justify their military presence in the Gulf. If Iran had intension to apprehend the ship they would have done it already.

Maybe so, but in a all out war no ship will survive in the Persian Gulf. A quick look at a map will confirm that. First to burn will be Bahrain and Dubai.

More PR stunts by limey gits, these tin cans will be sunk in minutes as the Straits of Hormuz is barely 30 kms wide and all ships have to enter Iranian waters which have the only deep navigation channels. Iran has literally deployed hundreds of SSM, drones and coastal artillery all over the rock cliffs, caves and coves.

Unless the UN has issued a warrant for that ship of Syrian oil to be stopped ,then the event in Gibraltar is at worst piracy and an act of war and an act of privateering at best. Stupid Brits should keep out of it and let the Muricans put their head in the noose instead.

Nice map…I know Finland has 100000 lakes but it’s not completely covered with water. I bet someone is still sore that we won the ice hockey world championship 2019.

lol ……. yeah whatever Great Britain. Two ships? It would not be completely surprising if Iran could sink 100. They didn’t shoot down that drone because they thought they might be ready. They have been ready for years and it’s time to clear the air when opportunity is offered. If these two ships are anywhere near the gulf where shooting to start, what is the realistic chance they would survive the first hour? Canon fodder is all they are. I feel for the families of the personnel on these ships. I think the politicians over in British Parliament and the guys making decisions in British Intel need to man the rails much more often. Feel free to go on over there and face the fire ladies and gentlemen. Sadistic humor on display, pretending to be strength and diplomacy.