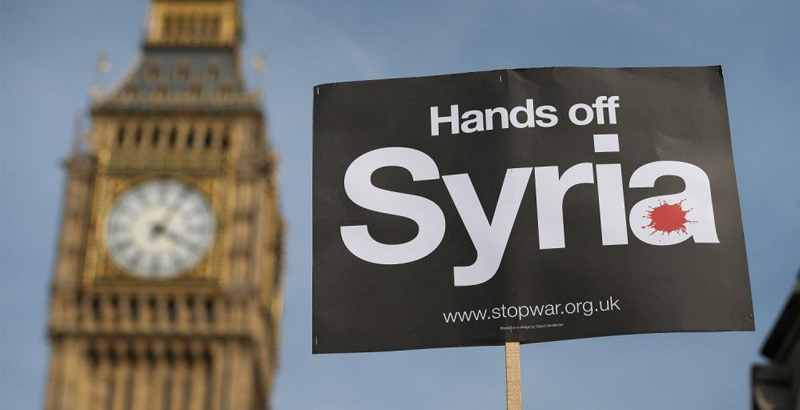 UK Foreign Secretary Boris Johnson announced the change of his country’s position regarding the future of Syrian President Bashar al-Assad, the Guardian newspaper reported. According to Johnson, London admits Assad’s right to participate in the presidential elections in Syria in the frameworks of a peace settlement of the conflict in the region.

Johnson noted that generally, the UK government believes that Assad should resign; however, it is ready to respond flexibly to current developments. He also stressed that Donald Trump’s inauguration means that all the sides should reconsider their views on the situation in Syria. Johnson said that he is realistic about how the landscape has changed. According to him, the UK may also have to rethink its position.

“The old policy, I am afraid to say, does not command much confidence,” Johnson said.

As the newspaper reminded, so far the official position of the UK Foreign and Commonwealth Office (FCO) was that Assad can remain in power only for a short action period of the temporary transitional government. After his appointment to the post of Foreign Secretary in July last year, Johnson insisted that Assad must go. However, the defeat of armed opposition groups in Aleppo, the Trump’s determination to repair relations with Russia, and the rapprochement between Moscow and Ankara have changed the balance of power.

“We have been wedded for a long time to the mantra that Assad must go, and we have not been able at any stage to make that happen, and that has produced the difficulty we now face,” the newspaper quoted Johnson’s words.

According to the UK Foreign Secretary, at this stage it is necessary to find some democratic solution, and the UK believes in democracy and supports it, and “if there is a political solution then I don’t think we can really avoid such a democratic event.” The British diplomat thinks that it is “the way forward” for Syria.

In addition, Johnson mentioned prospects of cooperation between the UK and Russia, aimed at combating the Islamic State (IS) terrorist group. This opportunity seemed unthinkable just few weeks ago.

“If there is a possibility of an arrangement with the Russians that simultaneously allows Assad to move towards the exit and diminishes Iranian influence in the region by getting rid of Assad, and allows us to join with the Russians in attacking Daesh [IS] and wiping them off the face of the earth, then that might be a way forward,” the UK Foreign Secretary said.

Until now, London has been actively criticizing Moscow, but now the general tone of its statements and, possibly, even its line of policy have changed and reflect the new moods in the White House. In particular, Boris Johnson himself admitted that Russia should be involved in the settlement of the situation: “We cannot endlessly push them [Russians] away and demonize them.”

“The old policy, I am afraid to say, does not command much confidence,” Johnson said I believe he meant to say “the wrong policy” but it’s hard to own up to your own grave mistakes.

To be fair Boris inherited that policy from the Cameron administration. And it would appear that the current prime minister Theresa May agreed with that policy as well while Obama was in power and Hillary appeared to be the next President. So he had to do as was told. But before becoming foreign minister he was quite critical of that policy. And since Trump seems to love Brexit Theresa May now has to become new best pals with Trump to make Brexit work.

As usual, the 51st state does as its told from its masters in Washington. Makes me kinda wonder why Britons kid themselves that they gained any kind of independence with Brexit. They’re just exchanging Brussels with Washington.

Well, UK is just trying to follow its master.

its hilarious how they speak basically leaving all options open because they need to be able to jump on the winners bandwagon.

At least Boris is sincere and basically admits the situation has changed.

Or rather Johnson had rare moment of sincerity about his governments previous utter insincerity in its goals and approach to Syria, ‘…We have been wedded for a long time to the mantra that Assad must go, and we have not been able at any stage to make that happen…’ He basically admitted the NATO project was an aggressive regime change operation. But equally Johnson also indicated that the NATO position never had much to with democracy or actual wishes of majority of Syrians,’…if there is a political solution then I don’t think we can really avoid such a democratic event…’ (meaning Assad’s capacity for democratic re-election). What a difference a week makes – Trump isn’t on board with the Neo-Cons plans for Syria, so suddenly the UK government halting its prior cheer-leading for Obama’s proxy-war policy.