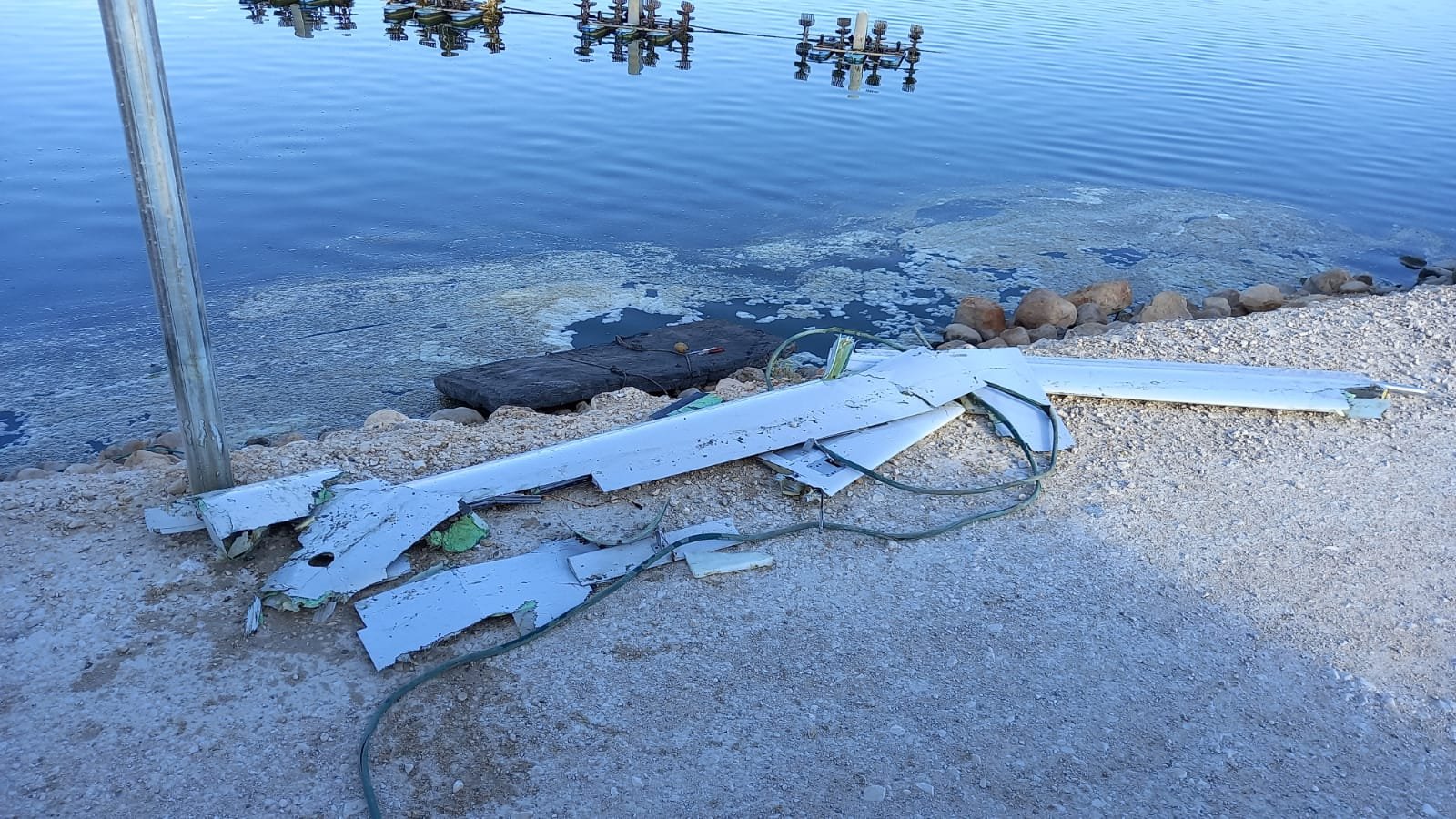 On the morning of May 18th, an unknown UAV approached the Israeli border from Jordan’s direction.

It approached from the direction of the Valley of Sources and, presumably, was launched from the territory of Syria.

🚨🇸🇾🇮🇱An unidentified drone was shot down while approaching the Israeli border in the north of the country.

According to the military, the UAV was walking in the direction of the Valley of Sources and, presumably, was launched from the territory of Syria.

🚨🇮🇱🇯🇴Earlier this morning, a UAV approaching the Israeli border in the Emek HaMaayanot (Jordan) area was intercepted after being monitored by the Israeli Air Force.
The UAV fragments were collected by security forces.#Israel/#Jordan pic.twitter.com/afkfKKG6ZL

According to the military, the unmanned aerial vehicle was flying toward the area of Beit She’an in northern Israel when it was brought down.

“The UAV was being monitored by IDF air control units. The fragments of the UAV were collected by security forces,” the military says.

Though the drone approached the Israeli border from Jordan, it is not immediately clear that it originated there.

In 2018, an UAV launched from Syria’s T-4 Air Base entered Israeli airspace in a similar area before it was shot down by an Israeli helicopter, prompting the IDF to launch major raids on Iranian assets in Syria.

🚨🇵🇸🇮🇱🚀IDF: “110 precision weapons and 62 fighter jets: Tonight, the IAF attacked about 65 terrorist targets in the Gaza Strip as part of the fourth attack on the Hamas metro, in addition to military infrastructure, rocket launching stations and more.”#Gaza/#Israel pic.twitter.com/YRu5PnYHs0

🚨🇵🇸🇮🇱🚨Destruction of one of the Hamas facilities (presumably the home of one of the group's functionaries) in Khan Younis.
#Gaza/#Israel pic.twitter.com/9n5xZIoKyM

🇮🇱🇵🇸 #IDF: Over the night, more than 160 Israeli Air Force aircraft from 12 squadrons launched about 150 attacks on the underground infrastructure of the groupings in the Gaza Strip.the shelling led to the destruction of a multi-kilometer network of tunnels.
#Israel #Palestine pic.twitter.com/R1ov2IRnMC

For the operation to continue, Israeli Defense Minister Benny Gantz thanked the United States for blocking any UN statement on the hostilities in the West Bank, and allow Tel Aviv’s raids to continue.

While Hamas, a terror organization, targets our civilians and commits war crimes, our aims are solely to dismantle terror infrastructure and protect our people. This criticism of Israel is hypocritical and detrimental to the global fight against terror.

Gantz also called all those who claimed Israeli was an aggressor were “hypocritical”.

On May 17th, the White House said Mr Biden had spoken with Israeli prime minister Benjamin Netanyahu, and voiced “support” for a ceasefire.

At the same time, he reportedly allowed $735 million worth of weapon sales to Israel, so it appears that no pressure would be exerted, simply a claim that a “ceasefire” would be good.

Biden’s secretary of state, Antony Blinken, claimed at a press conference that Washington was working behind the scenes.

“Any diplomatic initiative that advances that prospect is something that we’ll support,” he said. “And we are again willing and ready to do that. But ultimately it is up to the parties to make clear that they want to pursue a ceasefire.”

Despite that, on May 17th, the US blocked moves by China, Norway and Tunisia in the UN Security Council for a statement by the UNSC, including a call for the cessation of hostilities. The proposed statement called for an end to “the crisis related to Gaza” and the protection of civilians, especially children.

UN spokesman Stephane Dujarric spoke of the need to take unified action, telling a press conference: “I would really restate the need for a very strong and unified voice from the Security Council, which we think will carry weight.”

The AFP news agency said the US refusal to endorse a joint Security Council statement was met with “disbelief” by its allies.

It quoted one diplomat as saying: “We are just asking the US to support a statement by the Security Council that would pretty much say similar things which are being saying bilaterally from Washington.”

At least 212 people, including 61 children, have lost their lives in Gaza, and 10, including two children, in Israel. There have been nightly clashes in Jerusalem between police and Palestinian protesters.

Israel thanks US for its support and other countries for their silence,

Fog of War
Reply to  Daniel

There is good news in this. if only you guys understood what is really going on! It is israeli intelligence services that are being destroyed. Remember, Israeli intel CONTROLS Hamas. No different to how the CIA controls Al-Quieda and ISIS. YES, Israel is killing off its own rogue intelligence services control over Hamas. This is much deeper than you understand. THINK North Korea and what happened there. Were some strings cut? YES they were! Strings are being cut here. Im right on this. i am not GUESSING!

To give you a clue…. Google “Ehud Barrack Epstein Mansion”. Google “60 minutes Australia” and its investigation on Gérald Marie. Both Epstein and Gerald worked for Israeli Intel creating “honey traps” to control US and EU politicians, including CEO’s etc. This is ALL being undone now! Why would Israeli intel kill its own intel services? Think NSA and Military intel vs CIA and FBI. Think Snowden (came from CIA only to rat on the NSA) Think Facebook and Google openly aiding China! There is an Intelligence war occurring! Those in control of the BAD intel services are being destroyed! its called “white hats” vs “Black Hats”! For example. when Trump killed Bagdaddi, that was White hats killing a Black hat intel agent! YES, Soliemani (the Iranian General) was a Black hat too! Remember he was a Jew, not a Muslim! Yet Obama was a Shiite Muslim, Vallerie Jarrett was an Iranian Born Muslim! This is bigger than u can understand! This site isnt giving u all the info! People here need to learn much more than they actually THINK they know!

Likely a recon drone. I hope they upload continuously and received whatever intel they could. It’s too bad no one knows the true situation in Israel right now. Funny how Israel, up til now, showed wreckage and slight damages from random solitary attacks…but now that there have been many impacts, nothing. They will have to get things as cleaned up as best they can, before showing there was little damage. Where are all the Israeli satellite images that Israel is so fond of showing? Could they be hiding something? Oh, surely not. MIGHTY ISRAEL….at least on TV.

Hopefully, Hezbollah will appear after Hamas has exhausted Israels iron Dome and Davids sling. Then the few patriots will be exhausted. Time for Israel to disappear.

I don’t believe that Israel has tracked that UAV from T4 but i do understand why Israel claims that they did.