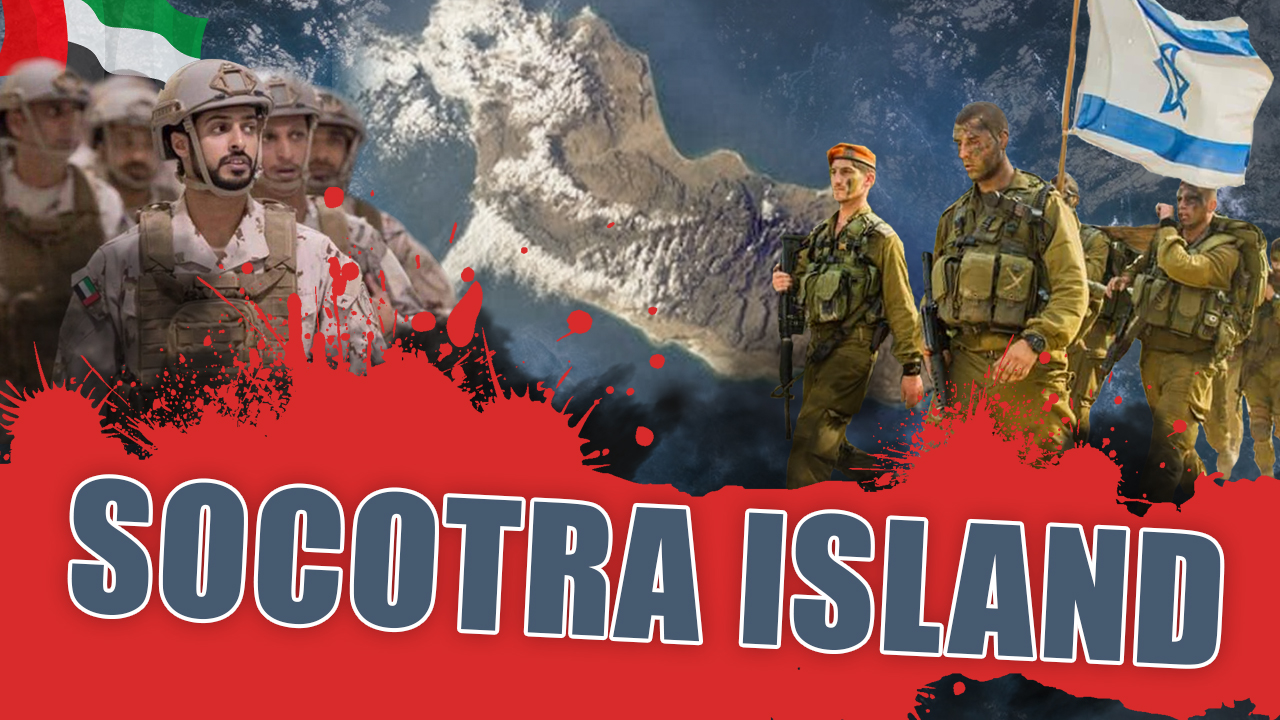 According to the news outlet, the officers arrived in Abd al Kuri Island, which is located more than 100 kilometers to the west of Socotra Island, aboard a Emirati warship.

“The Zionist officers were moved in to supervise the construction of a joint Emirati-Israeli base on the strategic island,” Nour News quoted Yemeni sources as saying.

The UAE, a key member of the Saudi-led coalition fighting the Houthis (Ansar Allah) in Yemen, took over Socotra and nearby islands in 2018. The archipelago is currently under the control of the Southern Transitional Council, Abu Dhabi’s main proxy in Yemen.

In the last few years, several reports alleged that that the UAE and Israel are working to establish a joint spy base in Socotra. Yet, no unusual constructions were observed at any of the archipelago’s islands.

On April 13, the pro-Houthi al-Masirah TV reported that the UAE had deployed “dozens” of military helicopters at Abd al Kuri Island. However, this is yet to be verified.

The UAE’s takeover of Socotra was criticized by most Yemeni sides, first and foremost the Houthis and the Saudi-backed government.

The UAE and Israeli have been working to improve their military, security and economic cooperation since formalizing their relations in 2020 as a part of the US-sponsored Abraham Accords. Their joint work on Yemen is directed against the Iran-allied Houthis.

Is it in range of Houthis missiles?

The UAE have Chinese support also on this. If the Chinese bomb the Houthis then the basement dwellers here won’t behine because it won’t be the US.

“US Navy says new task force to patrol the Red Sea amid Yemen war” “The area is so vast that we just can’t do it alone so we’re going to be at our best when we partner.”

It is not because of Houthis mainly as yanquis want to claim it is, it is about China and Russia (Iran as well). As we all know the KSA can’t fuking do anything at all…they cried to yanquis to protect them and so did UAE. Zion setting up a spy network as they have now protection of yanquis as well in the red sea.

Here is the thing tho…Russia and China are there in the Red sea as well and have military bases… we have to wait and see what they are going to do, we most likely wouldn’t know about tbh. (anytime soon)

They (Zion and yanquis) can’t really do much besides setting up false flags in the Red sea and the main point is it shows how useless both the Zion and yanquis are and they can’t protect themselves at all. The news about Zion setting up a spy base on that Island wasn’t news to anyone – Iran said it last year or so, we knew about it.

Side note, I wouldn’t be surprised if Zion pigs start growing in Somalia and even in Ethiopia. The more you look at the Red sea, you see it is the new hot area for superpowers (China-Russia-US) and regional power (Iran).

Yes, and guess what the UAE can’t control the Island at all – KSA was angry that UAE “took” the Island – so the UAE shipped Zion and Zion order the US to protect them there and so UAE+Yanuqis+Zion “control” the Island for now.

But yeah it is a strategically important Island and China-Russia-Iran or even KSA wouldn’t just sit and watch them take the Island.

The Portuguese sound the most sane to me.

I want the mullahs to try to attack Israel. They will cry in the end.

Zion kids are the same as old g0ys still…good to know, lying and stealing.

Why don’t you leave your basement and try to do something?

Somalia and Ethiopia have become allies of Turkey and Iran. Egypt, Sudan, Saudi Arabia and UAE should make alliances to stop this.

Oh, yeah? anything else they should do? I didn’t know you became the g0ys head in the WH.

America and Jews are different things.

You probably don’t know that Russia and China support the recognized Yemeni government.

Too young, you fuk head. Go on and suck off more g0ys dick before saying shit. Zion are smart about what they saying – I guess not all of them, do you think for a sec? No

The Saudi-led coalition has Chinese weapons also. What does this mean?

Do you wanna make a terrorist attack?