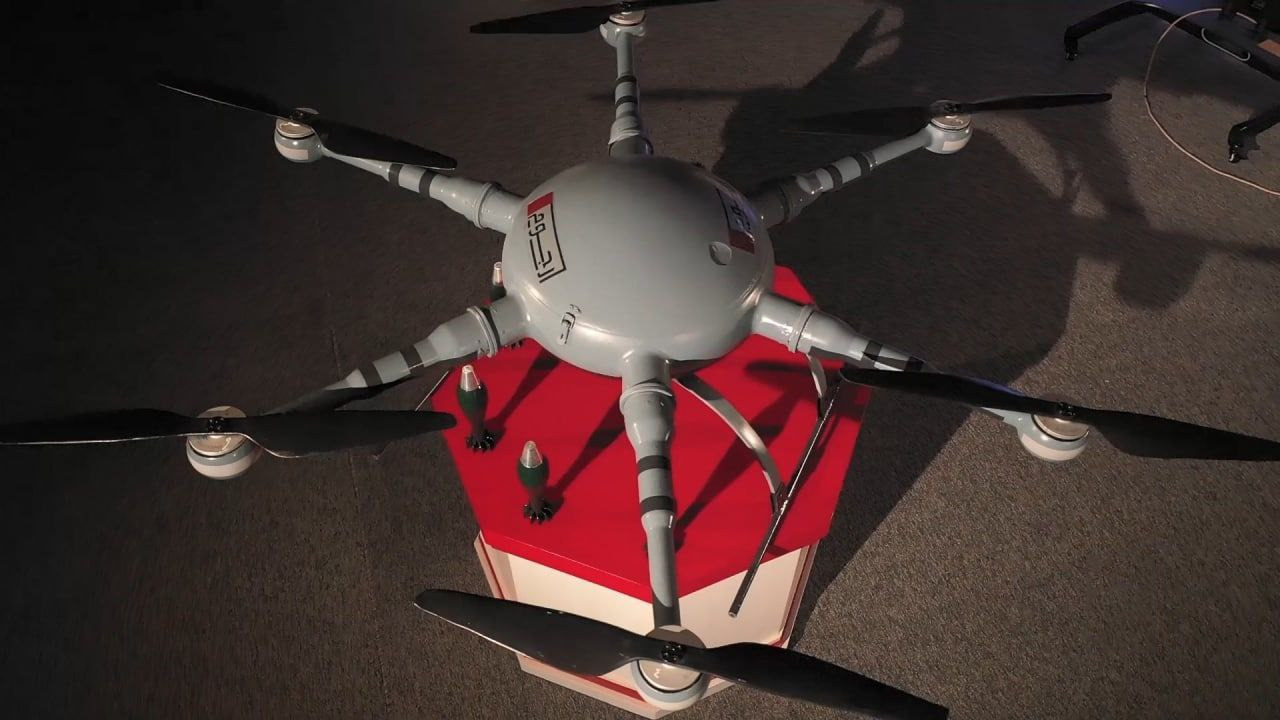 On February 10, the United Arab Emirates (UAE)-backed Giants Brigades shot down a “Rujum” armed drone of the Houthis (Ansar Allah) in the central Yemeni province of Ma’rib.

In a statement, the Media Center of the Giants Brigades said that the drone was shot down over the district of Harib with a “suitable weapon”.

Rujum was one of several drones unveiled by the Houthis during the “Martyr Leader” military exhibition that was held last year. The drone, which is propelled by six electric engines, has an operation range of 10 kilometers.

The drone can carry up to 40 kilograms of munitions and equipment. Its typical armament consists of three 60 millimeter mortar rounds.

This was not the first time a Rujum drone was downed by Saudi-led coalition proxies. The Saudi-backed wing of the Yemeni Armed Forces shot down a drone of this type over al-Kasarah front in Ma’rib on July 14 of last year.

The Houthis lost many positions in Harib recently, including the district center. Currently, the group is trying to deplete Saudi-led coalition proxies in the district. On February 11, a rocket attack that was attributed to the group claimed the lives of three children.