Saudi-backed Yemeni forces announced on January 16 that they had repelled a large-scale attack by the Houthis in the district of al-Durayhimi in the southern countryside of the coastal province of al-Hudaydah.

The Houthis reportedly attempted to capture a number of positions along the frontline. However, they faced with fierce resistance from Saudi-backed fighters.

The Giants Brigades played a key role in the battle which lasted for several hours. Heavy weapons were employed by both sides.

“The joint forces won the clashes and inflicted heavy losses on the militias [the Houthis], killing and injuring dozens of them and forcing those left to flee,” a military source told the media wing of the Giants Brigades.

The Giants Brigades, originally formed in the 1970s, is one of many Yemen groups fighting for the Saudi-led coalition. The group’s fighters are mostly Salafi tribesmen from Lahj and Abyan and natives of Dammaj in Saada province, who were expelled by the Houthis in early 2014,

The formation, which maintains 20,000 to 28,000 fighters, receives extensive support from the United Arab Emirates militarily and financially.

The Houthis’ attack on Saudi-led coalition proxies in al-Hudaydah reflects the tense situation in Yemen. Clashes and airstrikes were reported on several fronts in the last 24 hours. 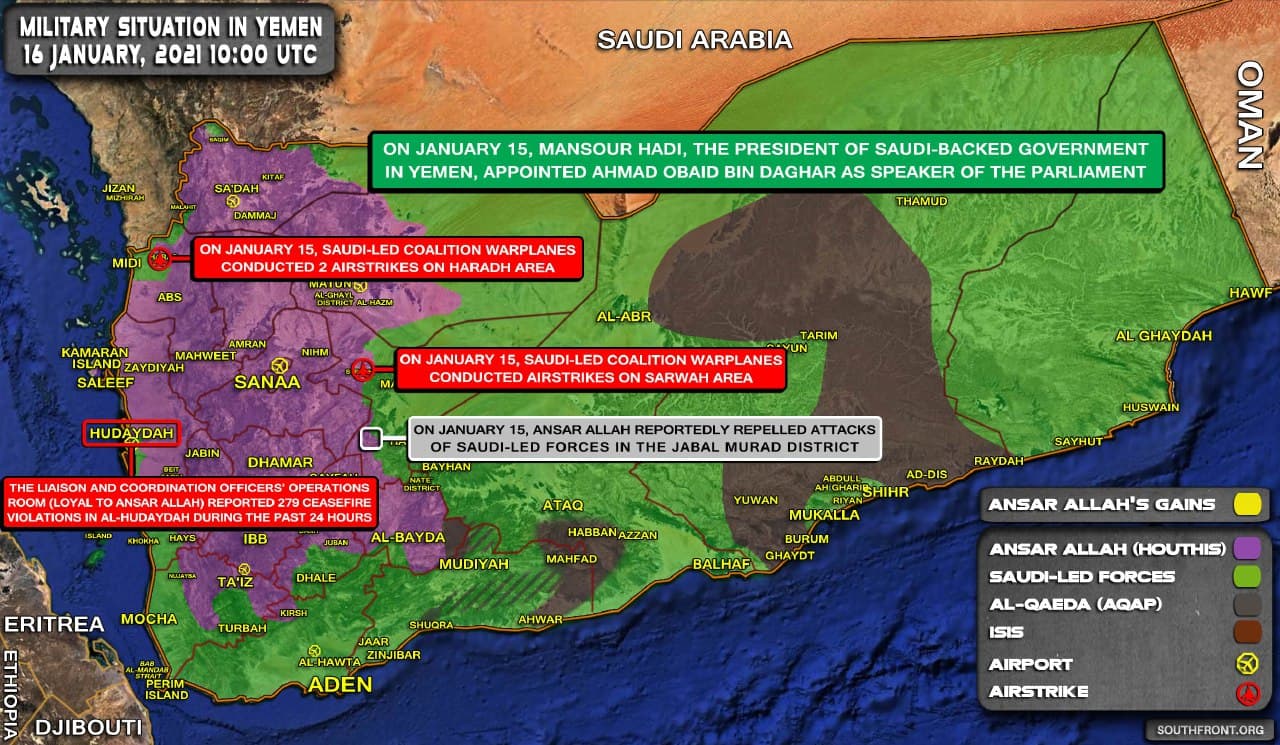 The Yemeni peace process saw no progress during 2020. Recent reports revealed that aides of US President-elect Joe Biden are planning to mount serious pressure on Saudi Arabia to end the war in Yemen this year.

Biden’s “solution” will be balkanisation, Hadi will agree to anything he’s told to but the Houthis defining characteristic is their honour so I don’t see them falling for it.

Just Me
Reply to  Bobby Twoshoes

Bobby Twoshoes
Reply to  Just Me

My point in a nutshell.

Sounds like a rubbish claim anyway. Not worth commenting.