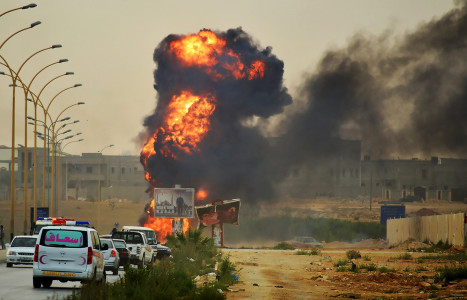 According to al-Manar News channel, the White House said on Wednesday that U.S. President Barack Obama will continue to be abreast of the risks of the ISIS spread to Libya, and the United States will take action in the North African country to counter that threat if necessary.

Earnest declined to comment on whether Obama had made any decisions on the possibility of sending ground troops into Libya, but said the president has “demonstrated a willingness to take decisive action,” even in Libya.

ISIS forces have attacked Libya’s oil infrastructure and established a foothold in the city of Sirte, exploiting a power vacuum in the country where two rival governments have been battling for supremacy.

Earnest said the United States would support the unity government on a range of national security measures, but it was too early to say what form that assistance would take.

The possible US unilateral military action in Libya declared by President Obama will be the response to the necessity to protect the American people.

It has been proven The USA and Israel are ISIS, IS, Daesh, …We are there to stop the Libyan citizens from forming there own free government without the involvement of the USA and Israel. Muammar Gaddafis, daughter is out to bring back the government they had before we bombed and destroyed their beautiful country. The USA has no moral or legal right to intervene.