The number of US citizens filing claims for unemployment benefits shot to a record high of more than 6 million in late March amid the country’s lockdown over the coronavirus (COVID-19) outbreak, which economists say has pushed the economy into recession.

In the current turbulent situation around the world, the economic crisis in the United States could (and likely will) become the trigger sending the entire global economy into the large-scale recession. And the unemployment rate in the United States signals about the scale of this crisis.

In March, President Donald Trump signed a historic $2.3 trillion package, with provisions for companies and unemployed workers. The Trump administration is undertaking extraordinary measures to contain the economic crisis and make its consequences softer. This includes a system help to people and companies affected by the crisis. The only another European country that employs a similar approach is Germany.

they should all join SAA, IRGC, hezb lol

In my opinion the massive increase in US jobless numbers proves that the majority of the millions now out of work had shit jobs anyway.

Jobs in a nations ‘service economy’ are always fragile and low paid.

We await the April job numbers which will be on the first Friday in May. It will be a doozy too. This will be the new normal for the U.S in future.
The main stream media think everything will go back to normal once the virus passes, guess what wrong wrong and wrong.
The U.S is entering a financial catastrophe the likes they have never seen.
The dollar will crash, and all the Federal Reserve has left, is a printing press and then hyperinflation becomes the result.
So having a job will be a luxury, Unfortunately the money that’s earned though, won’t buy much at all. Zimbabwe style America coming to a town near you.

And don’t forget they have to change USA treasuries ratings from AAA which could start the avalanche of sells.

An article, seriously worth reading, over on Stalker Zone, before I go into a ramble. Remember the US is not a member of the International Criminal Court. over in The Hague, who appear to be busy sorting out the same crowd and their MH17 trial.

‘…Formally, all property of China abroad is subject to so-called state immunity. Thus, it is not subject to arrest. But the fact is that the American Foreign Sovereign Immunities Act (FSIA) provides exceptions to this rule…

…These exceptions are allowed when it comes to “commercial disputes” or the presence of “bodily harm or death” arising from a “violent act or omission of a foreign State or any official of that foreign State”. This norm is referred to by American lawyers, stating that “China’s actions killed not only many Americans, but also Europeans, Japanese, representatives of other regions of our planet”. On this basis, they demand that Chinese state property be seized in the courts of Florida and Texas, both in the United States and elsewhere, “as a measure to secure claims”. American lawyers do not hide that they want to create a “legal precedent”, which the Europeans, Japanese, etc., are invited to take advantage of
In the context of these events, another circumstance cannot but be seen. The list of countries to which Americans appeal for support is exactly the same as the list of the largest US creditors…’
…………………..

The Too “Savvy” Coronavirus… https://www.stalkerzone.org/the-too-savvy-coronavirus/

‘…In the United States… The court of the Southern District of Florida received a claim from the law companies Berman Law Group and Lucas-Compton.

The interaction of these two structures is already sensational in itself. After all, they represent the interests of formally “warring” political groups among themselves.

This was announced on March 25th on Fox News by Senator Josh Hawley, a member of the Judicial Committee of the Upper House of Congress….

…At the same time, another lawsuit against China was filed in another US court, the district court for the northern district of Texas. It was initiated by Freedom Watch… (It was initiated by Freedom Watch, an organisation associated with Republican ultra-conservatives. Unlike their Florida counterparts, the Texas lawyers accused the Chinese not only of “hiding information”, but also of “creating” and “using” COVID-19 as a “biological weapon”. Freedom Watch’s claims are $20 trillion. Without limiting itself to national jurisdiction, its lawyers also filed a criminal complaint with the International Criminal Court (ICC) in The Hague)…

…In the complaint, China is accused of carrying out nothing less than “genocide” against the American people and “a crime against all of humanity”. The presence of the latter is intended to be confirmed by the lawyers of Israel, India, Sri Lanka, Poland, Turkey, Lesotho, and Nigeria involved in the process…

…But Freedom Watch’s main hopes are with the UK, European Union countries, and Japan. Therefore, American lawyers do not hide their intention to actively involve citizens of these states in a future trial. Especially since the United States is not formally a party to the International Criminal Court. At the same time, the EU, the United Kingdom, and Japan not only participate in the ICC, but form almost half of its judiciary…
…………………………………………………………….

By organising a trial against China and involving its main creditors, the Americans clearly expect the following. One way to improve the “net international investment position” of the United States is to convince creditors to recognise material claims against China as a “financial asset”. .. But everything can change if both creditors and the debtor have a common debtor and they bear before them so-called solidarity… Moreover, it can be made a precedent…’

Is it true that Soros has heavily invested in a biotech lab in Wuhan? Located on a 666 address. WuXi PharmaTech Inc. 666 Gaoxin Road East Lake High-tech Development Zone Wuhan 430075, China

US is not part of the ICC, but, UK and Japan are heavily involved in the ICC and who sits in The Hague. No wonder the MH17 trial is going ahead, even if it has been postponed till June.

Burisma Holdings, which many Dems, including Joe Biden and Son are involved in, which also donates heavily to NATOs Nazi Think Tank, The Atlantic Council.

Who funds the White Helmets? Who is involved with Integrity Initiative/Statecraft, now running under the Open Information Partnership, besides Bill Browder and Ann Applebaum?

Funny, how the crowd that is allegedly behind the Corona Virus man made virus, is also involved in the Skripal bio-chemical false flag, together with the Syrian chemical weapon false flags. You would have thought they would have realised by now, that the script does not work?

Why has the US set up 13 bio-weapon labs over in Ukraine, with full diplomatic immunity. The same Ukraine that Soros funded the violent coup d’etat and the same Ukraine that has found so many Democratic and Republican politicians, flocking to work for Burisma Holdings?

2004, Soros, who was joined in Ukraine by the Clintons (remember, with Chrystia Freeland’s mother, he also wrote the Ukraine Constitution, back in 1992). The year that he funded the first Ukrainian Orange Revolution.

2006, Senator Obama turns up in Ukraine, persuading them to hand over what was left of their domestic weapons, for a briefcase full of money.

2014, Soros and friends again finance the next Ukrainian Orange Revolution, which according to Oleg Tsarov, has taken out 100,00 Ukrainians, times 9 (900,000) are left with life changing disabilities and millions have been displaced. Is there anything left of the Ukrainian gene pool? Bill Gates and his Monsanto Group also set up base in Ukraine, and not forgetting Monsanto took over Erik Prince’s Blackwater Mercenaries. Conveniant for Gates, when the US sets up 13 bio-weapon labs, over in Ukraine, with full diplomatic immunity and advertising for Russian DNA. I wonder what DNA they were advertising for, over in their Wuhan Lab?

Igor Kolomoisky, the leader of the European Jewish Community, who also funded the first NAZI battalion (Azov), over in Ukraine. The oligarch who was in control of Ukraine aviation and air traffic control. Whose Privatt Group, was also now in control of Burisma Holdings. Where Biden’s son, and John Kerry’s step son, were given a job, based on their experience with the energy industry? Really? Could understand it, if they were given a job in the Ukrainian snow industry, but, not energy.

Soros and Punchuk are now in a battle with Kolomoisky and Avakov, with regards who gets control of Ukraine. The IMF, happy to hand out yet more loans, provided Privatt Group stays nationalised and the Foreign Land Grab goes ahead.

So will the US win and cancel their debt to China, with a lot of help from the usual nations? Israel and are they part of the ICC?

Poland and remember how they had no problem hosting CIA torture cells on their territory.

Turkey and what is their reputation, with regards genocide and Armenia.

Japan, and why are they so loyal to the US, especially when you consider the atomic bombs that the US sent their way, back in the 40s?

Israel, are they behind the actions, moreso than the US, just using the US to do their dirty work?

Inbdia, might not like China, but, would they seriously wish to upset their BRICS and SCO partner?

Lesotho? Aren’t they appreciating Chinese investment in their nation, the same with Nigeria?

The UK – well, so many Common Purpose Members in Westminster, would do anything for Soros and friends. However, there are many that also want to be friends with China, especially considering BREXIT and the benefits of the ‘OBAR’? Plus, isn’t Boris more team China than Team America? Especially since his involvement with the Russia Gate Dossier, during his time as Foreign Secretary. He appears to have no intention of giving up on UK investment in China’s 5G project. The new Labour Prime Minister, is a Soros puppet and Common Purpose Member, who will follow in the same path as his idol Blair, including bringing back Blair’s politicians to his shadow cabinet. Wonder who will take on the roles of Common Purpose Members Mandelson and Campbell, as no doubt the Soros controlled, UK Shadow Government will be very vocal.

What is the term Nancy Pelosi gives telling the lie, waiting for the MSM (coincidently David Bell, who set up Common Purpose, is also the Head of the UK Media Standards Committee), to repeat the lie and then for all to double down, quoting the media? ‘WRAP UP SMEAR’, I believe is the term she used, and doesn’t it work well? 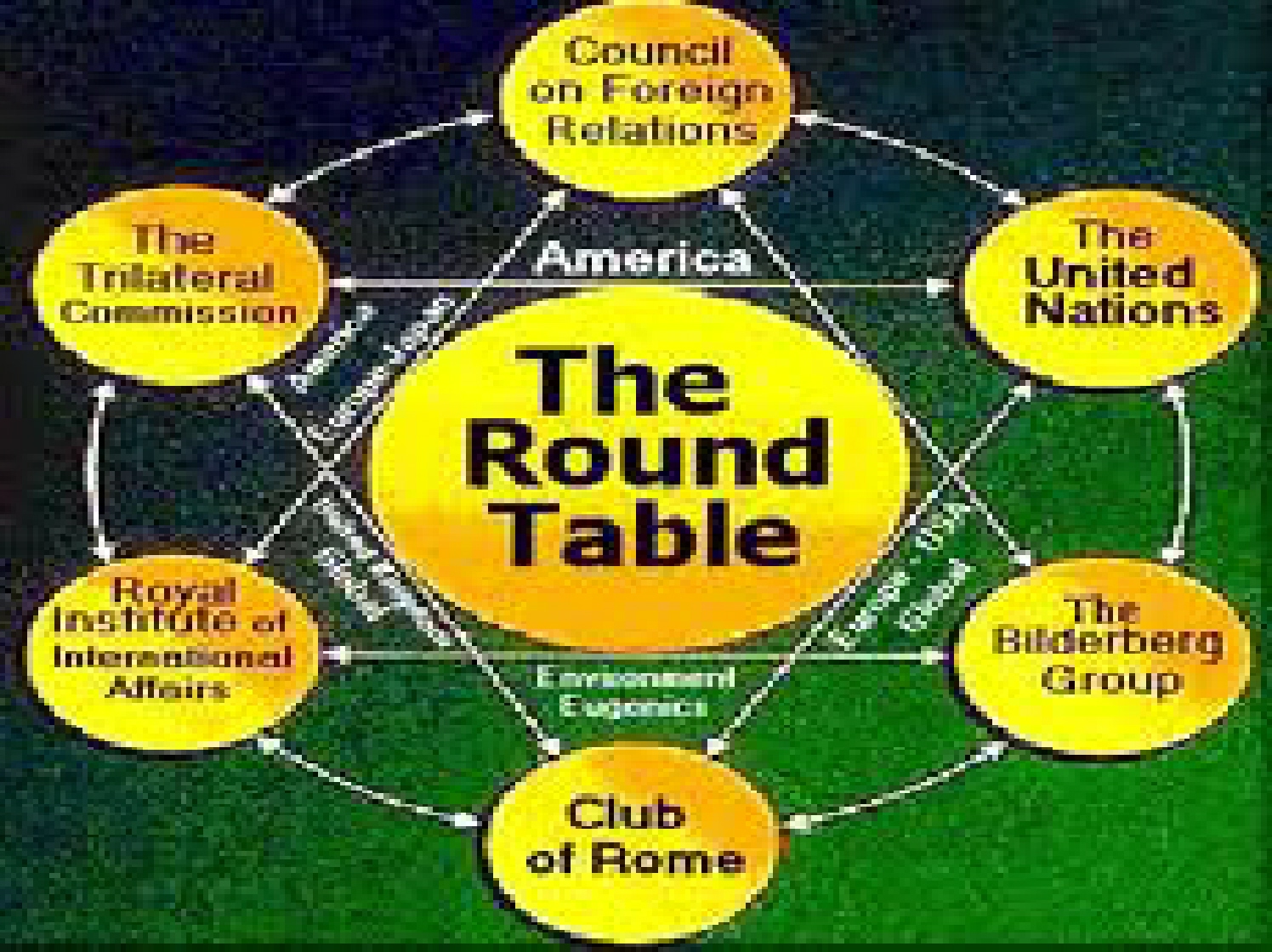 Just found this archived video, which shows how they above work.

France has done so as well.

The French government is expanding its “partial unemployment” scheme. It means employees can apply for state benefits during an economic crisis and that employers are banned from firing them.
https://www.newstatesman.com/politics/uk/2020/03/coronavirus-governments-support-workers-sick-pay-loans

In France, the government is spending 45 billion euros ($50 billion) to pay businesses not to lay off workers. Deadlines for taxes and loan payments are delayed. Another €300 billion in state-guaranteed loans are being extended to any struggling company that needs them.
https://www.nytimes.com/2020/04/01/business/france-coronavirus-unemployment.html