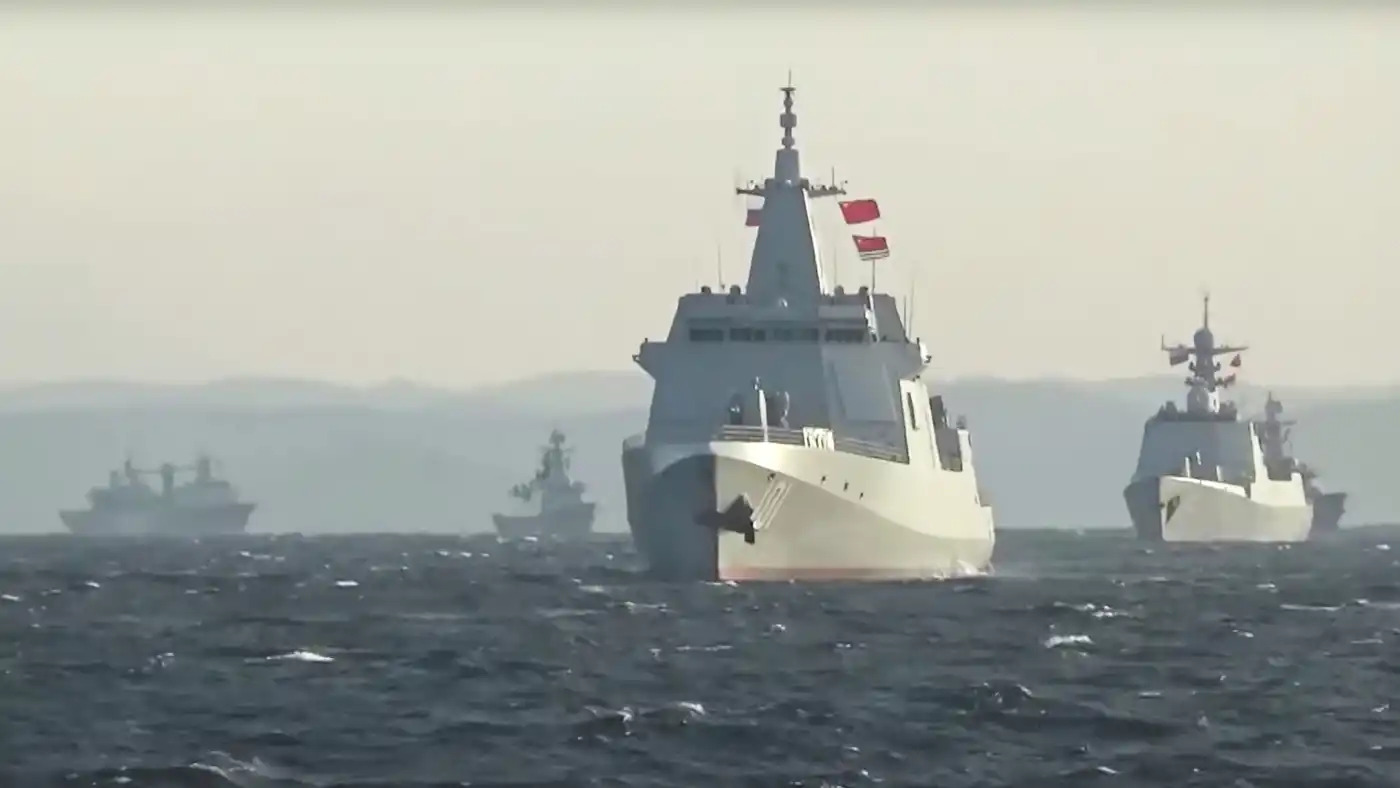 The U.S. Navy secretary issued a warning to China and Russia over “bullying other nations” after they sent warships through two maritime straits to the north and south of Japan.

“The relationship between China and Russia perhaps recently has evolved in ways where they’re trying to intimidate other nations with their actions that don’t abide by a rules based international order,” Carlos Del Toro told reporters in a phone briefing in Tokyo.

Late on October 25th, 10 Chinese and Russian warships passed through the Tsugaru Strait that runs between Japan’s main Honshu island and the island of Hokkaido, Japanese Defense Ministry’s Joint Staff said in a statement.

The same 10 ships sailed westward through the Osumi Strait in the southern prefecture of Kagoshima on Friday, in effect, circumnavigating Japan in an unprecedented provocative move.

“It’s necessary to certainly deter them from bullying other countries and being aggressors in any possible way. … We want to maintain peace and stability and the Indo-Pacific,” Del Toro said.

Japan’s government is “watching with great interest the activities of Chinese and Russian warships around Japan,” Deputy Chief Cabinet Secretary Yoshihiko Isozaki told reporters last week. “We will take nothing for granted in our warning and surveillance activities in the air and sea domains around Japan.”

The straits the warships passed through only count three nautical miles from each shore as territorial waters, as opposed to the customary 12 miles, leaving the central portion of the narrow strait as international waters.

Del Toro said that the U.S. would seek to deter such provocations by continuing to remind China and Russia that good nations abide by a rules-based international order.

“When nations behave aggressively in violation of other countries’ expanded economic zones, for example, all those actions lead to behavior that simply cannot be tolerated.”

The U.S. Department of Defense is undertaking a posture review to determine if the military has the correct number of troops in the correct places. Del Toro said the review would be completed by the end of this year or early 2022, but declined to say whether more activity can be expected in terms of transits or navigation operations through the Taiwan Strait.

“We are going to do everything as a navy to be as forward-leaning as possible to ensure that we can protect our country’s national security and economic interests, and those of our allies and partners,” he said. “And so, all bets are on the table, with regard to what we’re looking at, and we’re going to work very closely with our partners to position ourselves, collectively together, basically, to be able to deter, China, or any other country that presents itself in ways [contrary] to our national security interest.”

What China and Russia did is exactly what the US and allies have been doing for months and years in the South China Sea and other passages, and is a very vivid example of a double-faced approach.

USA can suck a dick. We all know they won’t do anything

US cannot do anything to deter China and Russia in waters close to its countries.. it would mean the end of the US navy pacific fleet…

100% everyone knows it will be America that goes first to try and invade, by then they’ll be to weak and unmotivated and will retreat and Russia, China and Iran will bring their offensive

Just like Russia and China have been sucking American dick for a long time. They can show the Americans how.

I guess it never occurred to american/british pigs that the Russians & Chinese can annihilate japan at will. Those 200 Chinese nuclear warheads are probably 2500.

I would put it somewhere close to 4000 nukes.

That’s rich coming from a crumbling empire ehom have invaded dozens of countries Killing millions. Isn’t the U.S. doing the exact same thing on the South China Sea, or near Vladivostok in the west Pacific, or the North Sea near Murmansk or in the strait of Hormuz near Iran? Americants are the worst hypocrites ever.

The u.s. is the biggest hypocrite country for sure. But not the only one. They are all hypocrites.

The same US navy that crashes aground or steers itself into cargo vessels. Nice job pigslop. Keep up the effort. Stupid fkn american degenerates.

“rules-based international order”: Yugoslavia, Iraq, Libya, Syria, Ukraine and many more are just examples of it.

Someone FARTED!!! It smells… Must be the US… Toro mouth is opened.

Russia and China should kindly tell the US to STFU!!!!

The American navy is particularly “concerned” about displays of military force….that’s hilarious. That’s why they’re trying to provoke a military response from Russia by flying nuclear equipped aircraft DIRECTLY up to the borders of Russia EVERY SINGLE WEEK now. They don’t seem to be the least bit concerned about injecting their sailors with poison vaccines that are killing and disabling members of the US Navy on a level not seen since the last world war. But then again they are slaves to the Freemasons who are on a worldwide Genocide program , including killing as many US military personnel as possible, so the more people they can kill off the happier they will be. We live in Clown World now where the former communist countries behave like capitalist democracies and the original Free Western World is engaged in Communist activities on an unprecedented scale. All courtesy of the FM who control ALL GOVERNMENTS on the Earth. When they meet the real Creator they shall recognize that all their secret Luciferian worship was for naught, and they will realize that Christ is the True King of Kings and they will panic as they discover Gehenna is not what they were promised.

SHOULD BE, damn ok the WORLD SHOULD BE MINE. OK. SO THERE I SAID IT>

should have sunk the gooks and their homosexual russian friends