On February 9th, US state-operated outlet Voice of America reported that ISIS’ affiliate in Afghanistan has recovered and may soon look to strike further afield, according to mostly unnamed U.S. military and intelligence officials.

It also coincides with the entry of US President Joe Biden into the White House.

And finally, it comes at a very opportune time, when many military and US officials are urging Joe Biden not to withdraw US troops from Afghanistan, as per the deal with the Taliban, and simply not honor it.

“New leadership allowed it to stabilize and increase localized and lone wolf attacks throughout the second half of the year [2020],” U.S. Central Command Gen. Kenneth “Frank” McKenzie said.

And while there are doubts about whether IS-Khorasan will again be able to hold territory as it once did, the group is showing few signs of slowing down in 2021.

“The group maintains a steady operational tempo and probably retains the ability to conduct attacks in Kabul and other urban centers,” an unnamed U.S. official said.

Most of the attacks have been focused on areas in which IS-Khorasan has historically had a presence, the group’s leadership has not given up on some of its grander ambitions.

“We are concerned about the group’s demonstrated interest in conducting external operations,” the official said, noting IS-Khorasan is still “of the largest and most lethal branches of ISIS’s global network and maintain a direct relationship with ISIS leaders in Iraq and Syria.”

Also, a justification to stay is much needed right now.

The U.S. and other intelligence agencies have also seen signs of the terror group’s ability to persist in parts of Afghanistan it once called home.

“Despite its significant loss of territory, ISIL-K has not been entirely eradicated from the districts of Manogay, in Kunar, and Achin, in Nangarhar,” according to a new United Nations report, referring to the group by one of its many acronyms.

“Sleeper cells are active in other parts of the country, particularly in Kabul,” the U.N. report added, noting that is where new IS-Khorasan leader Shahab al-Muhajir, also known as Sanaullah, is based.

Some intelligence services of U.N. member states (unnamed) also suspect IS-Khorasan is getting help from an unusual source — the Haqqani Network, which allegedly maintains ties with both the Taliban and IS rival al-Qaeda.

US President Joe Biden needs to make a swift, tough decision, and it currently appears that he will chose to remain in Afghanistan, for the United States’ longest and most expensive war.

Regardless, a war outside your borders helps shift the focus away from the internal chaos. US never had any intention of leaving Afghanistan, it was just a smokescreen for continued occupation and genocide. There are also reports of massive mineral wealth in the mountains worth $ trillion, so the criminals will steal the poor Afghans blind, like they have done in Iraq and Syria. Only option is a vigorous war of liberation. Russia needs to do the reverse and bleed the fat dumb bastards in Afghanistan, the graveyard of empires.

I hope many die US soldiers in Afghanistan

” US never had any intention of leaving Afghanistan, ”
Finally caught on have we ?

Frank G
Reply to  Just Me

aside from the minerals it also serves as a major supplier of opium for usa black money as well as to keep the current regime in power all while reducing chances of usa’s revivals from taking over, it serves multiple purposes, just like iraq does, i do not think they will ever leave any of those places anytime soon not even syria unless all 3 areas change from controlled chaos to uncontrolled massive chaos and against them, however with them controlling most terrorist leaders, regimes and airspace, i cannot see this happening, no withdrawals.

Precisely. War and destruction is the most profitable for usury loans. Thats why all notabilities and celebrities are fokking the wailing wall.
“Herewith I am a Khazar Joo and exempted for usury and taxes. 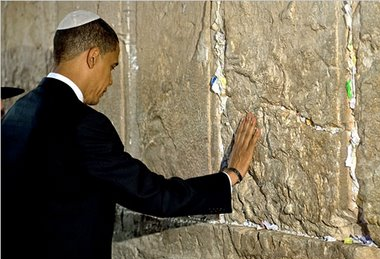 Russia is ” afraid ” to give those to the Taliban. It might upset their Western ” Partners “.

The US economy is dependent on wars around the globe. One fine day, the great war may come on the American mainland.

There will be a point where the World will lose all patience with those parasites in DC.

Stay and fucking DIE for fuck sakes already, GTFO of Afghanistan no one wants you there! No one!
War will come to a peace if you just GTFO of there, stupid people!

Exactly what I said. The same moment an American leave the war zone, all terrorists are coming out from the ratholes and start all over again.

But an American wont run away from his obligation to protect an innocent population against the terrorists and its dictatorship government. We won, and we will win again!

The US is unwilling or unable to tear itself away from being used by Judens, can’t understand it myself personally, anyhow the US became the dominant power when the homosexual Sid Loder donated me Jesus Christ on to Israeli maggot Jews (1953) and the Christians in the USSR were tricked into believing it was a certainty that I would be tortured into supporting the Sid Loder’s gifting of me to Israel , all that happened straight after Sid was complicit in the murder of my mother who objected to the Freemason satanic plans.

However the Freemason Juden maggots failed and the US can’t get over it.