The United States, which has been providing Ukraine with lethal “defensive” aid is urging allies and partners to lift restrictions on security assistance.

Assistant Secretary of Defense Laura Cooper said that at an online event “U.S. Defense and Security Engagement in the Black Sea Region,” held by the Center for Strategic and International Studies.

“The first thing I would mention is I would like to see all allies lift their restrictions on defensive lethal assistance,” Cooper said.

She reminded that the United States had handed Javelin anti-tank systems to Ukraine and Georgia, which she said was a clear example of defensive lethal assistance capability provided by the U.S.

” I believe that Ukraine should be able to purchase the capabilities it needs to defend itself, so I’d like to see that restriction lifted,” Cooper stressed.

At the same time, she noted that Ukraine continues to be the focus of U.S. attention so Washington will continue to provide defense assistance to Ukraine as the country needs to defend itself.

Cooper also reminded of the importance of reforms in defense and other areas, reaffirming U.S. support in their implementation.

Previously, on October 26th, for the first time since Ukraine acquired Bayraktar TB2 reconnaissance and strike unmanned aerial vehicles, one of them engaged an enemy target in ​​the Joint Forces Operation zone.

Today, October 26, by order of the Commander-in-Chief of the Armed Forces of Ukraine, Lieutenant General Valery Zaluzhnyi, the Bayraktar reconnaissance and strike UAV was for the first time employed in ​​the Joint Forces Operation zone,” the statement said.

Two Ukrainian servicemen were wounded in that shelling, one of whom later succumbed to his wounds. With the start of the shelling, Ukraine immediately demanded through the OSCE SMM that the enemy cease fire, and a note was sent through diplomatic channels.

“In order to force the enemy to cease fire, by order of the Commander-in-Chief of the Armed Forces of Ukraine, Bayraktar was used. The UAV did not cross the line of contact and destroyed with a guided bomb an artillery gun with the crew from the Russian occupation forces,” the statement reads.

After the strike, the shelling of Ukrainian positions stopped.

And at the same time, paranoid nut jobs who cannot consider two sides of an argument fallaciously insist “you’re a fed” for providing facts debunking lies about World War II.

They falsely accusing people of trying to “distract” the handful of people who bother reading the comment section. Thing is they are self-righteous sociopaths with no sense of honour, after all their heroes are the Red Rape Army no different than Genghis Khan’s hordes.

In spite of being unable to prove you wrong, they attempt to hit below the belt. They cannot be held to anything but low standards, they know they cannot win the argument and are afraid of being wrong.

This website is dedicated to facilitating and maintaining the Red-Brown alliance of Jewish Internationalism; they have no concept of dualism and only operate on a day-to-day basis as does an animal. 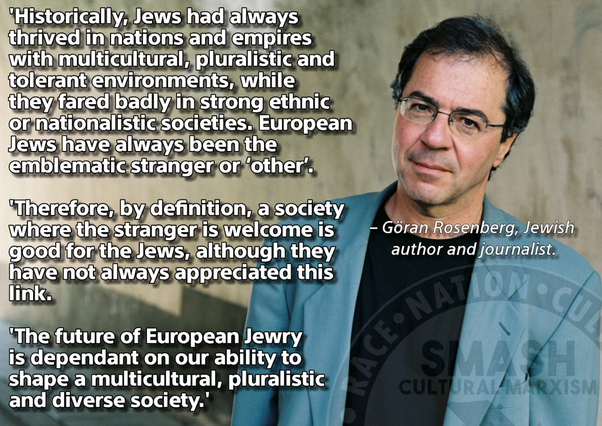 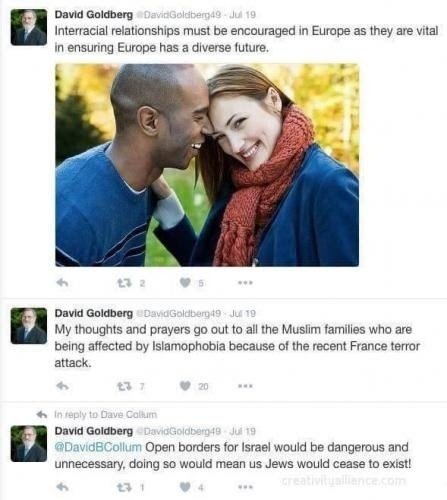 One rule for Ethno-suprematist Ashkenazim Jews and another rule for everyone else. In US Ashkenazim Jewish controlled MSM constantly tries to scaremonger and vilify about alleged imminent danger of ‘white supremacy’, this is of course totally absurd, but designed to be an ongoing pre-emptive media action, to silence masses against the possibility that majority Caucasian people might actually start defending and resuming control of their own political and social legacy from a minority hostile elite.

Look at massive shift in advertising in west in last few years. Now everything has very forced looking mixed race couple in it. From chocolate bars to luxury cars. It shows clearly who is in control of west media and advertising agency industry. It is really selling a social engineering message, rather than the consumer products in the ads. Such couples as represented in west ads are really tiny minority in west countries where ads are heavily printed and broadcast, and not at all actually representative of the majority consumers and market buying power for these consumer brands and products. Basically, these advertisements are being used to try to tell the west what these would-be demographic social engineers want all these west countries to look like in near future, as opposed to what they actually do look like.

Your a whack job.

Who are you to call others animals?

I see a racist whites boy, neotrotsky peice of crap!

Several self-righteous fools on here who don’t know what they’re talking about. As for Ukraine, I don’t care. My issue is with those empty-headed, useful idiots who think Ukraine has genuine National Socialists. 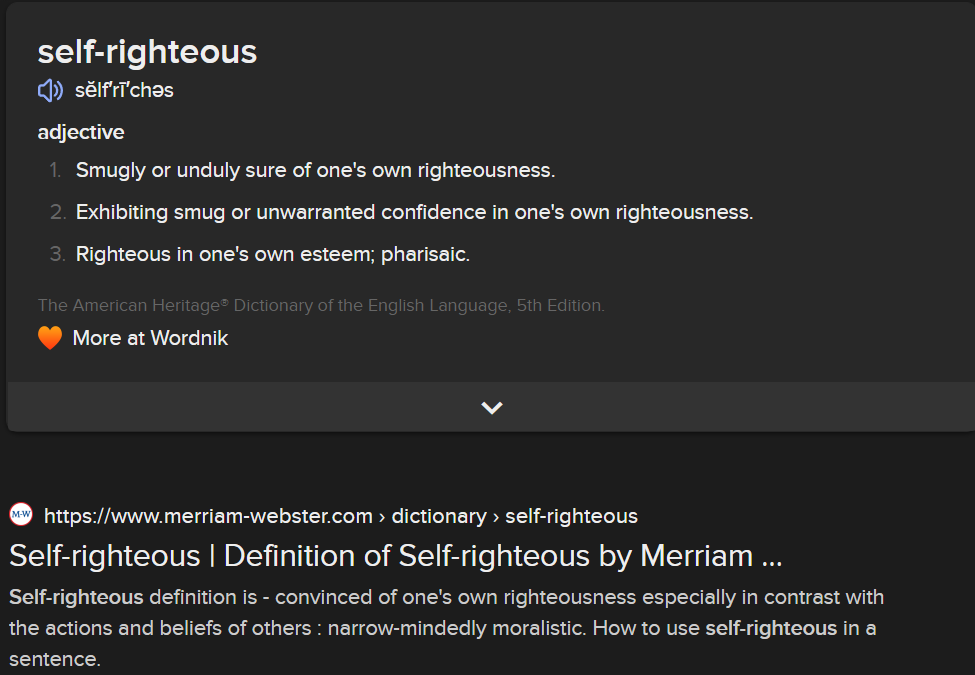 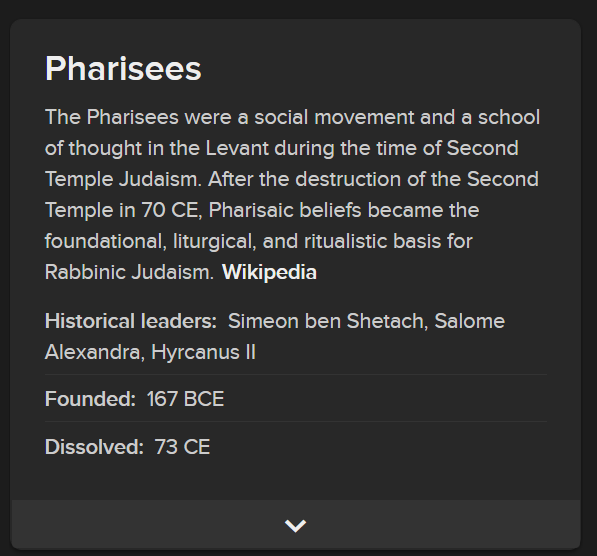 Several self-righteous fools on here who don’t know what they’re talking about. As for Ukraine, I don’t care. My comments were directed towards those empty-headed, useful idiots on here who think Ukraine has genuine National Socialists because they like to play dress up.

You idiots foolishly think you know everything, cannot understand cause and effect, and tend to think of everything in a simplistic black and white worldview. You can hate anyone you want, say the most hateful things, and think you cannot ever be wrong.

If Germans or anyone else said the same things about you that you said about Germans and Anglos, you would think they’re “Nazis”. You cannot put anything into perspective, then left to wonder why there’s such thing as “Russophobia” or “racism” towards Slavs. These things no longer exist in the “west” and rarely did, prior or after to the 1950s.

You quite literally claim verifiable scientific evidence is nothing but “propaganda”, which you conflate exclusively with lies. Face to face you wouldn’t be alive anymore, you only under the fear of harsh consequences. You are all talk and never walk to walk, deep down you know this and bitch about your powerlessness daily without any respite.

The Empire doesn’t ask its vassals it gives them orders,i can’t wait for those nazis in Ukraine and the Empire to start another war,they won’t finish it.

USA wants to stoke flames of active wars in ME, central Asia, eastern Europe and Africa. USA wants to cause social subversion and leadership regime change in ME, central Asia, Eastern Europe, Africa, south-east Asia, south America. That is a lot of conflict and chaos USA seeks to create and insert itself into. But is reflective of who is running US foreign policy, and just how far it has swung toward extreme and polarized positions under the dominant Neo-Conservative cabal, who hold traditions of diplomacy and moderation in contempt, and equally, just how far it has swung away from far older USA tradition of isolationism, and limited interventionism of Paleo-conservatives, who are currently pushed to the far margins in policy making.

Over and over I said on the Junkyard of the Faker that Russia could and should have crushed the Ukranazi coup regime in 2014, taken Kiev, reinstalled Yanukovych, and withdrawn with the promise that if there was any more attempt at a Maidan Russia would be back and this time to stay. I was over and over called a “troll” for pointing out the obvious, that is, that the Ukranazis are getting more and more entrenched and are now a de facto NATO satrapy, and that the choice the Putinist regime faces now is a much bloodier and politically damaging war than it would have had in 2014. And yet it is the same Faker, the half-Dutch Swiss living in Florida Andrei Raevsky, who told me to take my comments elsewhere who’s echoing what I said then. How interesting.

Dutch-Swiss. A definite degenerate. They are “vacationing” each year throughout the Balkans murdering patriots, buying up property, running blackmail and extortion scams.

The swiss are satanic pigs, bankers to the papal run mafia trash.

The US pushing Ukraine into a diversionary war with Russia . Trouble with defensive weapons is the can easily be turned into offensive weapons. A pistol purchased as a defensive weapon at home can also be be used as an offensive weapon so the US is using nothing but double talk to get the West to deliver what weapons Ukraine needs to attack Donbass and draw in Russian forces on the border.

Maniacs are in charge in the West. What more needs to be said?

The article image obviously shows a zionist inbred. Learn their facial types and avoid these pigs throughout your life. They are degenerate gangstalking and swine who scan others using remote neural monitoring (RNM).

The information is online, you simply have to learn the truth. Also research blue light and how if fks up your brain. Adjust all displays “warm” away from the blue light spectrum that affects your thought processes.

This is nothing more than a try to ditch Ukraine. They have become a big problem for the US and the EU, something that Russia was counting on. They are on life-support draining the US and the EU while being unable to gain any advantage as they wished for. So the US is ditching them to their EU/NATO friends. Donbas was never the goal here. It is Crimea, that the NATO wanted to take over. They failed badly. They tried some sabotages afterwards, but had failed with that too.
The US economy is in a very bad shape, they hardly can support themselves. Everyone knows what insane money printing will do to them in near future. They have noting that can save them. All they do is drowning in debt to avoid bankruptcy. This is nothing but a fraud and had never worked for anyone.