On April 13th, US Secretary of Defense Lloyd Austin said that 500 additional troops would be sent to Germany.

This will be a permanent deployment.

The US will permanently station “approximately 500 additional US personnel in the Wiesbaden area” of Germany and will be on the ground “as early as fall,” Austin said during a news conference in Berlin.

“This planned increase in US personnel underscores our commitment to Germany, and to the entire NATO alliance,” he added.

Austin’s announcement comes amid US and NATO’s concerns over the increase in Russian troops on Ukraine’s eastern border.

In his announcement, Austin said the new personnel in Germany “will strengthen deterrence and defense in Europe, and they will augment our existing abilities to prevent conflict.”

He said the forces would “create more space capabilities, more cyber and more electronic warfare capabilities in Europe” and “greatly improve our ability to surge forces at a moment’s notice to defend our allies.”

Of course, Austin was asked if this was a message to Russia.

“Let me assure you that it’s a message to NATO, and that message is that we support NATO to the fullest extent.”

“And most importantly, we value the relationship with our partner here in Germany. And so we will continue to strengthen our partnership and our alliance,” he said.

Germany’s Minister of Defense Annegret Kramp-Karrenbauer welcomed the announcement of an additional 500 US troops stationed in Germany as “happy news” and said the US’ commitment to NATO is “a crucial pillar for our freedom and peace.”

“Our cooperation is all the more important, important in times where the security and defense architecture has come under pressure in many parts of the world,” she said.

On the same day, US Secretary of State Anthony Blinken reiterated that “the United States stands firmly behind the sovereignty and territorial integrity of Ukraine” during a meeting with Ukrainian Foreign Minister Dmytro Kuleba in Brussels.

The top US diplomat said that support was particularly important in light of Russia taking “very provocative actions when it comes to Ukraine.”

“We’re now seeing the largest concentration of Russian forces on Ukraine’s border since 2014 and that is of deep concern not only to Ukraine but to the United States and indeed to many of our allies and partners,” Blinken said.

US European Commander Gen. Tod Wolters told Congress that Russia has an “inject of a very sizable ground domain force” near the Ukraine border, as well as a “notable air force injection and a notable maritime force injection.”

“It is of the size and scale and scope that is of great concern,” he said.

It appears that interesting times are coming ahead in Ukraine, and Europe as a whole, with the US set on presented at least the illusion of support.

Germany is occupied country.. They have no saying in how many troops will USA bring to their country or what weapons they will store there..

Just Me
Reply to  Dawn

Very astute comment. Germany is a shameless occupied w hore of the US, Brits and even froggies. German dumbass krauts are happy to be everyones bitch as the stupid dopeheads lost the war to USSR and literally got raped. Now the Amerswine will use occupied Germany to destabilize eastern Europe.

The German top politicians (like Angela) selected and propped by US for decades already.
They always ask for more of US presence and “protection”, never for less.
German society has been brainwashed and conditioned to accept that way of living as absolute necessity.
Even now, when US interests directly oppose basic German interests (like NS2).

It is rarely discussed in media, but post-1945 defeat, and separation, and after 1989 reunification, Germany still doesn’t have its own self created governing constitution. Germany continues to legally exist under the terms of the western allies created Basic Law, that was supposed to be an ‘interim’ structure, put in place in West Germany until time of future reunification. But 1990 came, and unified Germany continues to operate under the western allies penned Basic Law structure, that was simply rebranded as a German Constitution.

It must be a joke, 500 men are nothing, make fun of themselves and the nations they pretend to support while dominating them, the Germans willing slaves are at the game, certainly is not as this way that the nations are preparing for wars, it seems more marketing than preparation for war, they seem really lazy than the alarming statements that speak of an imminent war risk, everything seems unlikely.

Most of the US-drohne-drivers are situated in Ramstein Germany. 500more of those can be really bad news…

The drones will be irrelevant when the hypersonic missiles are starting to rain on based of Ramstein.

Most of the Germans are completely unaware, that they are a legitimate target for any defensive action -which those contries where US-drohnes are operating- might take…

Germany and France have the most controlled media in Europe. The US occupation forces also control the German police forces as they created them. The average German has no say whatsoever on any issue. The US assassinated many German independent politicians like Petra Kelly of the Greens, who highlighted the abuses perpetuated by US occupation forces.

On 19 October 1992, the decomposed bodies of Kelly and her partner, ex-general and Green politician Gert Bastian (born 1923), were discovered in the bedroom of her house in Bonn by police officials, who under US pressure quickly closed the case to avoid any incriminating evidence.

Most leading members of the green party have nowadays a strong CIA connection. So the türkish/dönmeh Green leader Cem Özdemir, who got married by a rabbi, and who is part of Frankist Henry Kissingers ‘Atlantik Brücke’. Other leading Green party members continously keep on lying who often they have been in the US during their lifes before they became who they are now.

They are all CIA made yes- sayers…

In 1980’s there were few controversial incidents that drew negative attention to US military presence in West Germany, and posed awkward questions about what it meant for ordinary West Germans. Some Greens members in late-1980’s/ early-1990’s picked up on this issue. The 1988 USAF A-10 crash into a residential suburb of city of Remscheid was one such incident – as it was long debated about whether this aircraft was carrying depleted uranium ordnance, USAF claimed not, but cancer rates disproportionately spiked in area in aftermath years, and many tonnes of topsoil were eventually removed from the affected area.

An American can take out 1000 men in battle, meaning 500 000 Russians or terrorists could be deadbeat in a minute if we wanted it.
Therefore Russia sees the 500 US Force as a dangerous signal for their nation.

Strange, I thought that every obese, diabetic, trans, colored and toxic American worth more than a thousand Russians, straight, patriots and well trained, healthy and physically fit, I thought more like 10,000 or 100,000, are you willing to review your estimates? 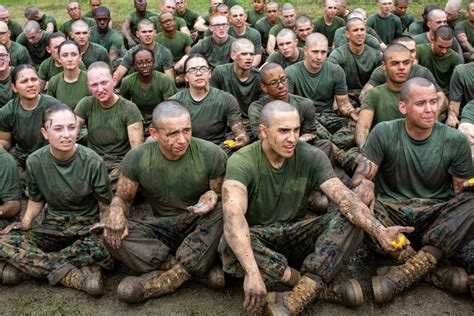 Never underestimate your enemy………………….. was the message. 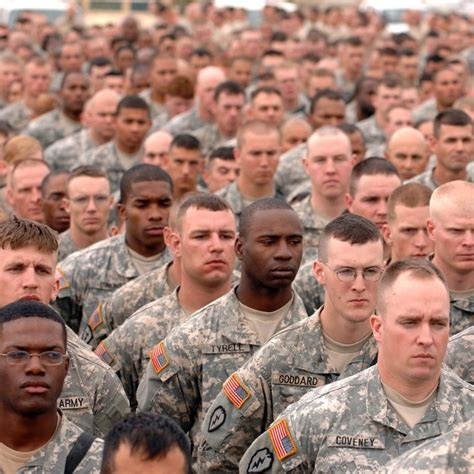 To put it diplomatically, the Germans are not the most stable or sensible people on earth, in the past century Germans started two world wars, lost them both, were ravaged by other Europeans, mostly Anglo-Americans and suffered a catastrophic military defeat at the hands of the Soviet Union. Germany is now a permanently occupied vassal state of US and NATO and the average German has no say in any matter from small municipal matters to world issues. US and NATO bases dot the occupied enslaved country and Germans happily kow tow to US dictates. No nation on the planet has suffered such servile occupation for almost 75 years now. Germans have no self-respect or dignity left.

There are visible and invisible “occupations”.
Has some resemblance to India and their Anglo-Saxon syndrome (not of the same gravity of course).

India has charted its own course, especially under the Nehru family and nationalistic Congress party. It invaded and defeated US puppet Pakistan thrice, when its national interests were threatened. It created Bangladesh in 1971, despite empty US 5th fleet sailing down the Bay of Bengal. So your limited knowledge of the world makes a historically erroneous comparison. India is quite disappointed with weak Russian stance and gave a subtle rebuke to Lavrov when he visited Delhi last week.

“US puppet Pakistan” is “China puppet Pakistan “now and for reason.
Their interests are served very well in their cooperation with China (much better than with US).
Instead of being failed state, they have now, road of development (finally)opened for them.
Thanks to the huge Chinese investments in Pakistan.
My “limited knowledge” talks only about India of today.
Russia doesn’t care about “rebukes” of the country that pretends to be independent and sovereign but behaves like SERVaNT.

Real Russians will beg to differ. The views of a troll ashamed to disclose his nationality are hardly valid on any topic. Namaste.

Neither I am “ashamed” of my ethnicity nor I pretend to speak in the name of official Russia.
Your reaction is normal.
Since you are cornered, you look for excuses and way to dismiss something that you can’t fight with proper argument .
India has mentality of the Anglo -Saxon SERVANT.

Where the f..k are all you idiots coming from.? Do some proper flamin’ history studies for Christ’s sake. You obviously haven’t a clue who was behind both wars. I’ll give you a clue, Clueless, it was the same parasitic mongrels that declared war on Germany in 1933, caused Pearl Harbour, the attack on the USS Liberty, and 9/11.
Ever heard of Clovid.? AND, you find it odd that the Germans are no longer the people they used to be. I’m an Aussie, what the f..k are you, by the way.?

I know the theory, but they have not yet been able to find even cellular life on Mars, let alone beings capable of sending telepathic orders to world leaders on the conspiratorial level you are putting forward.

“Germany’s Minister of Defense Annegret Kramp-Karrenbauer welcomed the
announcement of an additional 500 US troops stationed in Germany as
“happy news” and said the US’ commitment to NATO is “a crucial pillar
for our freedom and peace.”…”

There is nothing surprising there under B’Nai B’rith leader Merkel. ‘Happy news’… 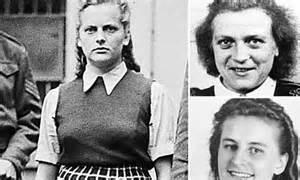 ayy watch it, if you tell them straigth to their angular faces they will break your fukking legs.

Thanks to America there is no Nazi regime in Europe and Germany. Thats why we sent 500 more troops to keep an eye on the Germans for peace and freedom.

the n*zis were absorbed into the us government and the fourth reich is already in germany.

dimwit amerikans spending more money looking for LGBT friends—usually they will employ al Qaeda/ISIS at a fraction. I suspect amerikanistani troops can blend in with turk/ISIS immigrants so that they avoid IED ambushes

while the elites in Europe love Amerika, this is not a view shared by all.