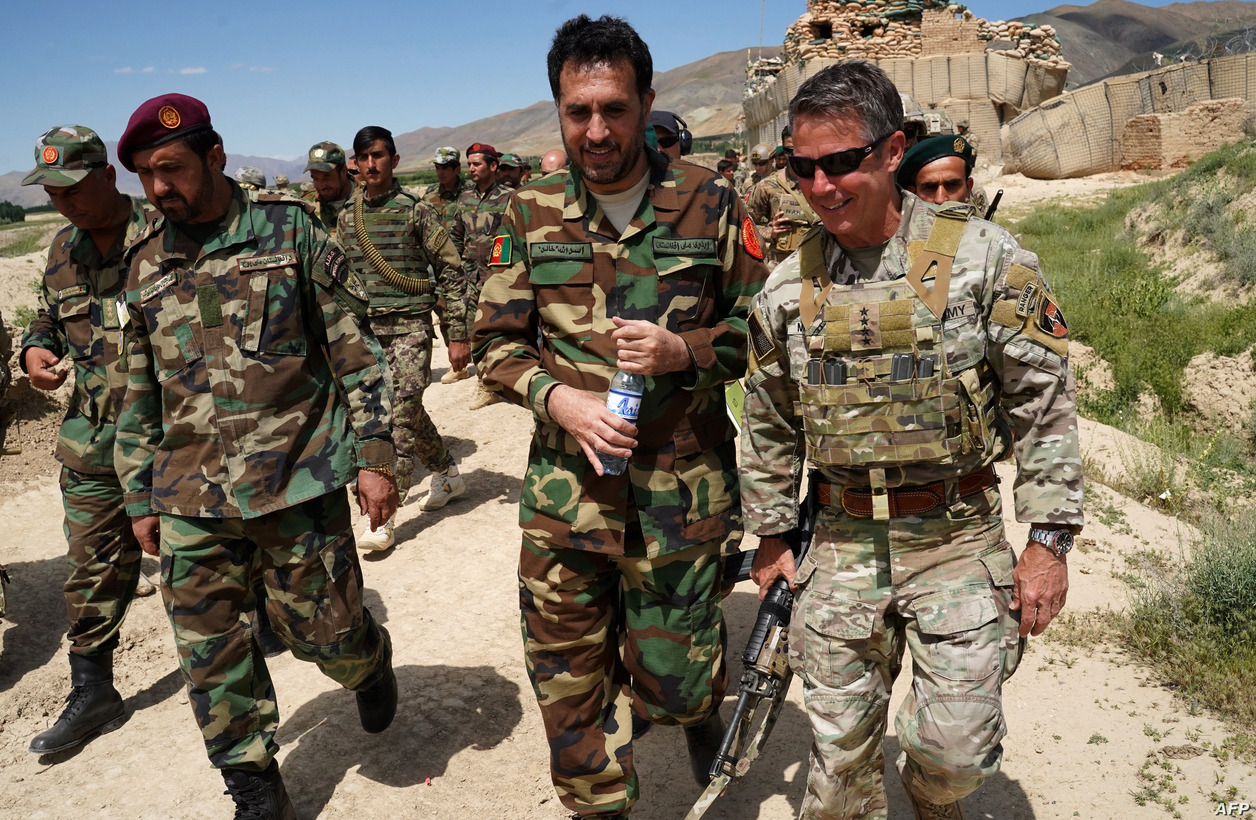 On June 30th, CNN reported that the US could complete its withdrawal from Afghansitan within days, but approximately 1,000 troops will remain.

CNN cited an unnamed US official with knowledge on the matter.

“This week could be a critical week in the withdrawal and end of the retrograde process,” a different defense official told CNN.

A third defense official insisted to CNN on June 29th that the number of US troops in Afghanistan for embassy protection and airport security would not exceed 650 for now.

Pentagon spokesman John Kirby said the US withdrawal will not necessarily mean the end of NATO’s Resolute Support mission in Afghanistan, despite NATO’s decision in April to start and complete its own troop drawdown within a few months.

“It is my understanding with the completion of the retrograde of US forces, retrograde, withdrawal, of US forces from Afghanistan, with accepting, of course, whatever is left behind to protect our diplomatic presence, that that does not necessarily mean the end of Resolute Support,” Kirby told reporters Tuesday. He added, “Really, that is a question better posed to NATO.”

On June 29th, Germany flew out its last remaining troops from Afghanistan, too. The last of the soldiers have now been flown out of the northern city of Mazar.

The contingent also included members of the KSK special forces, who were tasked with securing the camp during the move.

Meanwhile, the Taliban are making more gains, with the Afghan security forces attempting to fight them, but constantly being on the back foot.

Taliban fighters have launched an attack on Ghazni, clashing with Afghan forces and using explosives in an attempt to seize the central Afghan city, local officials said.

The June 29th assault on Ghazni, on the highway linking the capital Kabul with the southern province of Kandahar, ramps up the Taliban’s offensive against the government and comes as foreign troops prepare to exit from the war-torn country in less than three months.

Since early May, the Taliban has launched several bloody offensives against government forces across the rugged countryside. The Taliban claim to have seized at least 100 of the country’s more than 400 districts.

Heavy fighting was also reported in the week ending on July 4th in the provinces of Kandahar and Baghlan, where the Afghan forces claimed to have retaken areas from Taliban control but the group still held on to parts of Pul-e-Khumri area in central Baghlan, according to local media.

These gains worry the US, but there’s very little that can be done.

Gen. Austin Scott Miller, who is overseeing the troop exit, said that he is deeply concerned of Taliban progress as battlefield hostilities between Taliban insurgents and U.S.-supported Afghan government forces have escalated across the conflict-torn nation.

Speaking to reporters in the Afghan capital, Kabul, the general described the security situation as “not good right now.” He said recent insurgent territorial gains were concerning and cautioned the Taliban against attempting to take control of the country by force.

“A military takeover is not in the interest of anyone, certainly not for the people of Afghanistan,” said Miller.

Miller acknowledged that any loss of territory impacts overall security in the country.

“Because districts start representing key terrain as it relates to security of the people, of the provincial capitals and certainly security of the capital,” said the U.S. general.

He also cautioned that pro-government militias being deployed around the country to help the beleaguered Afghan security forces in containing Taliban advances could plunge the country into civil war.

There were still a couple of hundred in Vietnam when Saigon fell. Having troops on the ground at the end of a losing war is a beautiful American tradition, it helps the politicians convince the schmucks it was the military’s fault they lost when in reality they had zero chance on day one.

The Jews’ US Tyranny’s military was then, and still is, complicit in the Jews’ pols and crats’ crimes on behalf of all of their masters, the Jews.

Imagine you were one of those fuking losers, yanqui soldiers coming back…. where people MUST call you a “hero” to not kill yourself and go to hell right away. 😂 If you did good, or did it for good cause you wouldn’t see high suicide numbers, they know what they did and can’t ignore it…some live with it, a shi& life tho.

The yanquis: “The number of Veteran suicide deaths per year increased from 5,787 in 2005 to 6,139 in 2017.” The Nazi-Zion: “The number of suicides in 2020 represented a slight decrease from 2019, when 12 soldiers killed themselves, according to the IDF” <- also, that is a lie from Zion to not scare others..it is higher, they delay the investigation and some go under "other".

I love BiBi and Trump…some of you may disagree but you can't ignore what they did to "their" countries. These morons – Zion and yanquis are getting killed by their own kind…😂.

Also, https://worldpopulationreview.com/country-rankings/suicide-rate-by-country it is fun to look where others are overall with suicide rates.

Those world population review country comparisons are very informative and would be extremely eye opening for even the most ignorant goober in the US. The figures for suicide, murder and life expectancy are really interesting. Concerning suicides, I saw a report by the US Center for Health Statistics that calculated a figure of ~30,700 suicides of active and former military personnel since the so-called “war on terror” began in 2001 until today. In comparison, the number of US military personnel killed in combat (Libya, Afghanistan, Iraq, Syria, Yemen, Mali, Somalia) is ~7,000. The number killed in combat in about 20 years of continuous war gives one an idea of what kind of complete BS these types of wars are. They are only to provide the military equipment producers with endless amounts of orders and not to actually defeat the enemies. Fun fact: there were 19,141 homicides in the US in 2020. It is obviously safer to be in a US involved warzone than to be living in the US. (Source: US Center for Health Statistics, part of the Centers for Disease Control and Prevention).

Really??? This is sooo unexpected! After their 9344 earlier promises that the USA imperial troops would leave this geo strategic region adjacent to China and Iran I thought this time they would keep their word… not!

Haha i was going to say, the troops will come back to get the poppy fieds.

When is harvest season for poppies anyways?

The troops we were told that were withdrawn might never have been.

We want the US to stay and kill wahabbi talibunny outta their own pocket. Don’t try to pass the buck onto Iran or Russia/ China. Kill your own bastard wahabbi yourself Mr Biden. Keep on doing it till the heenb brew king-dumb cometh. Iran fully supports you in this holy work. Thank you.