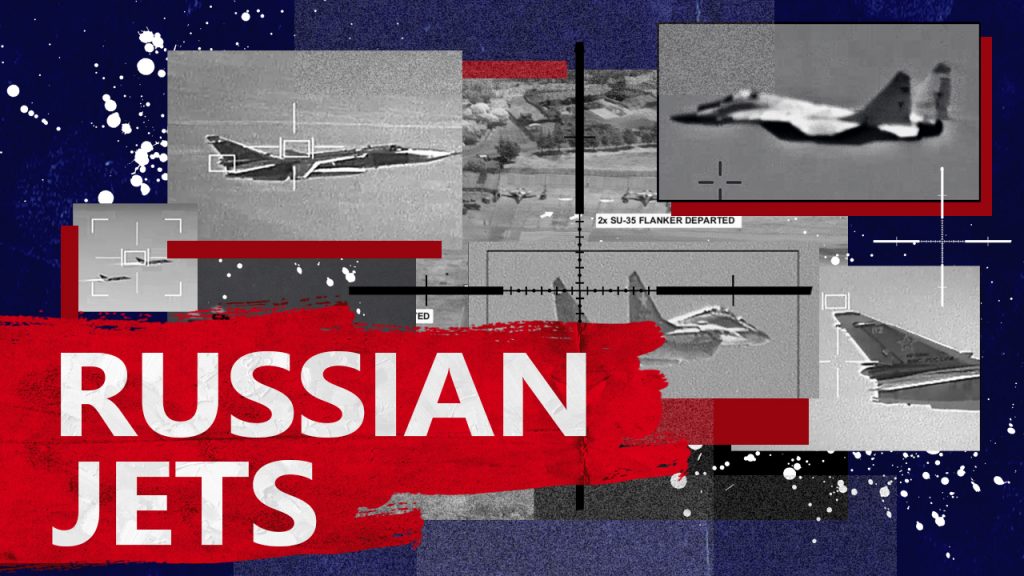 Russian mercenaries were engaged in combat activities in Libya, U.S. Africa Command claimed on September 11. According to the AFRICOM, they conduct military missions on Russian-made fighter jets. At the same time, the U.S. Command does not provide evidence to support its statement, continuing to promote false information about the activities of members of the terrifying so-called Wagner Group in Libya.

According to Rear Admiral Heidi Berg, AFRICOM’s director of intelligence, there are at least 14 Russian fighter aircraft that are based out of Al Jufra and Al Khadim airfields in Libya.

“We also know they’re not that good,” Berg said, citing that one Mig-29 aircraft crashed in June followed by another on September 7.

Heidi Berg confirms that the Russians have crashed two MiG-29s in Libya so far: one on June 28, another on September 7.

Besides the recent accusations, in June, AFRICOM announced that Russia had deployed MiG-29 and Su-24 aircraft to Al Jufra Airfield in Libya. According to AFRICOM, these aircraft aimed to support Wagner Group mercenaries. The command said that they were repainted to obscure their Russian ties before ultimately landing in Libya. 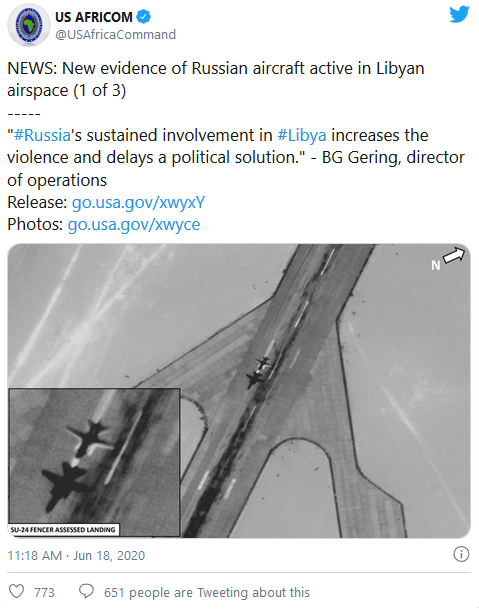 There is a practice of hiring highly qualified personnel to maintain and operate military equipment. Personnel for the supplied military equipment, in particular pilots, are hired in the countries where this equipment is operated or was previously operated, for exemple. in Russia, as well as to a greater extent in Ukraine, Belarus, Armenia, Azerbaijan, Bulgaria, Romania, Serbia, etc.

Such a practice has been widely used in various countries on the African continent for 30 years. Pilots from Eastern Europe are often hired for both civil and military missions in different countries, such as Sudan, Eritrea, Ethiopia, Kenya, Tanzania, etc. It is estimated that military personnel from Eastern Europe account for up to 20% of the entire corps of pilots performing military and civilian orders on the African continent.

The probability of the planes that “allegedly” crashed in Libya to have been operated by the military from one of the above countries is quite high. However, it does not seem logical to conclude that the allegedly Russian mercenaries of so-called Wagner Group operate military aircraft in Libya. Once again, the US military simply uses sensational, unfounded facts to maintain an artificially created frightening image of Russia. 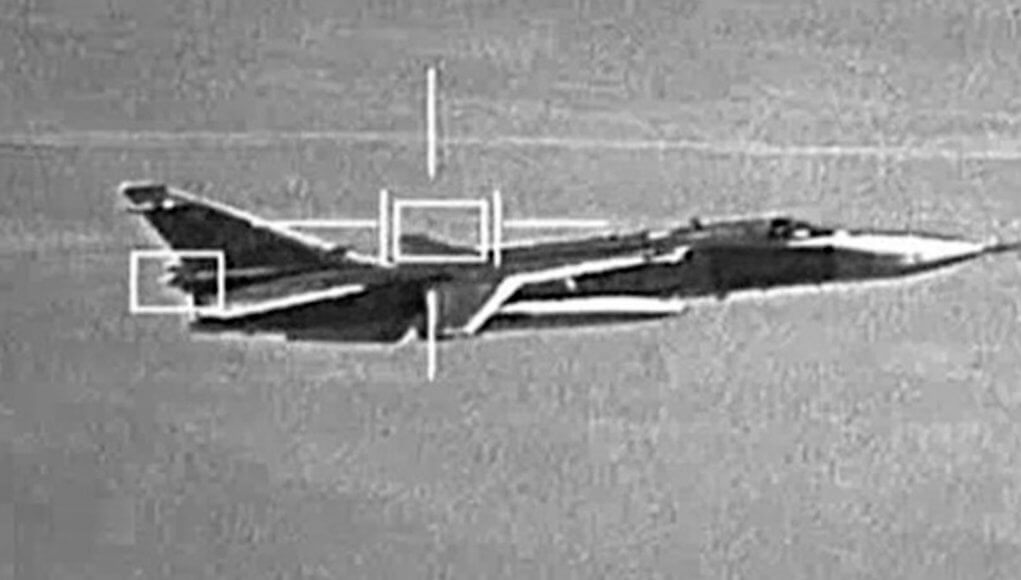 Heidi Berg’s statement itself is based on arguments like “We have seen”, “We also know” and is not supported by reliable facts.

Apparently, AFRICOM based its statement on a recent video that had appeared on the network, showing a Russian-speaking pilot in Libya waiting for an evacuation helicopter after his aircraft had supposedly crashed. (Link 1, Link 2) There is no evidence that this video shows the Russian mercenary. The American command did not take into account that most likely the video shows footage of exercises held. This version is confirmed by a detailed analysis of objects in the video and the behavior of the pilot, conducted by a number of military experts.

The statement by AFRICOM’s director of intelligence confirms only that either the American command is misjudging the situation, or, more likely, is deliberately presenting false information. Mythical Russian “Wagner Group” today have become the same stereotype aimed at forming a negative image of Russia, as, for example, Novichok. The infamous vial shown by Colin Powell in the UN in 2003 became the symbol of American politics.

These are not the first and certainly not the last statements designed to further stereotype Russians as “bad guys”.

I think Wagner is real and Russia is in Libya. Just the way we like it. Isn’t that what US themselves do?

Nice catch. Thank you for the feedback. Sincerely yours, SF Team

There’s too much disinformation about Libya around (and some mistakes in the article like the picture of the Sukhoi captioned as a Mig).

I don’t think Russia is directly involved in Libya. If they were, they wouldn’t hide it, because one of the strengths of their involvements is simply the open realization that they are present there. Just that, as a form of a declaration, can turn a lot of the tide of the war. Also, do they really have strong reasons to be involved?

Highly likely then, must be true if the US says so.

They found all those nuclear missiles in Iraq after all, lol.

But if there are all these bad Ruski around, why haven’t they sanctioned them yet? it sounds strange to me that with the quick hand they have in sanctioning anyone, they have not yet filled these bad guys, with sanctions and prohibitions and who knows what else.

U.S. is very worried about their CIAisis toyboys…

US fake propagande..I remember that SOHR told that 13 Russian mercenaries died in west Eufrates fighting ISIS 2 days before US airstrike repelled a SAA attack vs Conoco&Omar oil fields in East Eufrates…then the propaganda machine told that 400 Russian mercenaries have been killed in that attack while SOHR didnt confirm such claims….another point was during cruise missile attack vs Syria…then western media told that all missile hit the targets while SOHR told that at least 65 cruise missile were shot down and the main target was Al Dumayr airbase and NOT Barzeh research centre!..so even the pro oposition sources( which ussually exagerate damage vs SAA) dont want to be peppered with lies.

target acquired, fire at will

jewish terrorists were active in New York Manhattan, according to the world’s reason, on 11 september 2001!

Exactly what I pointed out. Putin pouring gasoline all over ME and at the same time blaming US for the fires.

You pointed out bullshit, it’s your trademark. No one believes your grammar school dropout

US govt declared WMD’s and these idiots believed their govt lies—-amerikan imperialism has made amerikans an international joke..insecure cowards that lose all wars

Of course, they will talk nonsense like this. After that lie about landing on the moon, this lie passes with ease…