U.S. Secretary of State Mike Pompeo warned on Tuesday that Washington will sanction Cairo, if it moves on with a deal to purchase Su-35 fighter jets from Russia.

“We have made clear that systems were to be purchased that… would require sanctions on the regime … We have received assurances from them, they understand that, and I am very hopeful they will decide not to move forward with that acquisition,” Pompeo told the U.S. Senate’s Committee on Appropriations, according to Sputnik.

Last March, the Kommersant newspaper revealed that Egypt has signed a $2 billion contract to buy “over two dozen” Su-35 fighters from Russia. The deal was never official confirmed by Moscow or Cairo.

Ahead of Pompeo’s threat, a U.S. official urged Egypt to refrain from buying Russian weapons. The official warned that such move could result in sanctions under the Countering America’s Adversaries Through Sanctions Act (CAATSA).

“In terms of the expanding Russian influence in the region, that’s obviously something which we are quite concerned. We don’t see a lot of material benefits to engagements with the Russians … We just would encourage the Egyptians to turn more toward the West, toward the United States,” the official said on Monday.

The U.S. threats are aimed at countering the growing military-cooperation between Egypt and Russia. Since the 2013 Egyptian coup d’état, Cairo purchased billions-worth of weapon systems from Russia, including S-300 air-defense systems, Mig-29 fighter jets and Ka-52 attack helicopters.

This is good, but sisi is still a traitor.

‘U.S. Threatens’ should be tied to a speed key.

Sisi cant be trusted, he just goes to the biggest buyer.

The Jews and their swamp traitor sycophants covering up 911 and fabricating fake wars for Israel and the Jew world order hegemony crime syndicate are internal subversives and America’s adversaries.

the way it is going the US. is going to end up with no friends because the EU. except Ukraine Poland and those little Baltic’s are out China and India not looking good and everyone else hates them interesting times, And is a piss poor diplomat like Pompeo to say ” we don’t see material benefits from dealing with Russia” a low water mark for sure.

The US is mafia, exactly the Jewish mafia, threatening anyone who does not buy from them. 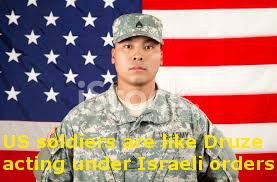 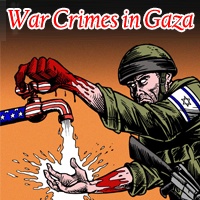 Nobody wants to lease US, over priced trash, when they can purchase freehold weapons, in full working order and far superior, for a fraction of the price, courtesy Russian Defence offers.

Yes the friends who always threatens you with SANCTIONS if you buy Russian weapons, we are all good we are very nice friends but if you want to buy something from Russia you can see our true face fucking american regime. And this Pompeo motherfucker spy moron, calling everyone regime, and Russian aggression, Russian aggression, Russian aggression, Russian Aggression my fucking God. CATTSA really, you will implement your national law as international LOL, by now only the Turks have the biggest balls to go against this Neocons fuckheads. Don’t worry at all Egypt just go deal businesses with Russia screw this Pompeo dick. If you really want to know the US real face, just say that you will buy some Russian jets and right then you can see how big friends of you they are!

Egypt has also pulled of the “Arab NATO” created for Saudi scum and Zionists and even Sisi has made it clear that Egypt will not be fighting other Arab and Muslim states for anyone. The Americunts are desperate as all the billions wasted to bribe Egypt to sell out other Arab states, especially Syria has not worked out well. Egypt was the first country to refuse to fight in Yemen and next was Pakistan. If Iranians had a proper foreign policy this is the ideal time to improve relations with Egypt and further fuck-up Americunt and Zionist agenda in the region. The Saudi scum will be in deep shit soon.