The United States is going to produce about 480 brand-new B61−12 nuclear bombs to equip its bombers and those of its European allies. The first guided, standoff nuclear gravity bomb, known as the B61-12, is intended to replace all existing gravity bombs.

The B61-12 uses a modified version of the warhead for the current B61-4 gravity bombs, which have a maximum yield of about 50 kilotons and several lower-yield options. However, the new bomb is equipped with a guided tail kit that allows to increase its accuracy and standoff capability. The B61-12 also has some limited earth penetration capability, which increases its ability to hold at risk underground targets.

The B61-12 is estimated to be 12 feet long, weighing approximately 825 pounds, and is designed to be air-launched in either ballistic or gravity drop modes.

The first production unit (FPU) of the B61-12 was initially scheduled for March 2020. However, in September 2019 a National Nuclear Security Administration official confirmed that it will likely face delays during production. The first prototype of the B61-12 was completed on August 25, 2020 at the Pantex Plant; and the first FPU was expected to roll off the production line in late 2021.

On November 19, the U.S. National Nuclear Security Administration claimed that a proof-of-concept unit that will kick off mass production of the homogenized version of the B61 nuclear gravity bomb was almost finished.

According to various estimates, there are now about 100-150 nuclear bombs in the USA and Europe. About 400 non-strategic ammunition, and about 200 more non-strategic bombs are stored in reserve. Some of them are placed in non-nuclear countries, including Germany and Turkey. NATO states that do not host nuclear weapons participate in the nuclear mission as part of conventional supporting operations, known as SNOWCAT (Support Nuclear Operations With Conventional Air Tactics).

It is assumed that about 480 new B61-12 bombs will come to replace the outdated versions already in 2022. They are expected to cost a total of roughly 10 USD billion.

The new B61-12 will be deployed to Europe in 2022–2024, and the older B61-3 and B61-4 will be transfered back to the United States. In particular, the new bombs will be placed in the underground depots of air bases in Germany, Belgium, the Netherlands, Italy and Turkey, according to several reports.

The real threat that the new bombs are posing is much bigger than it is declared.

Despite the claims that the B61-12s’ carriers are aircraft, they can easily be installed on medium-range missiles (up to 5000 km) near the western borders of the Russian Federation in Europe or near its eastern borders, in Japan, threatening the China’s security as well. The interception of these missiles is a more difficult task for NATO enemies than the interception of an aircraft.

Amid the ongoing disputes between Russia and its “Western partners”, the risks are increasing, as there is a provision in NATO documents which allows alliance forces to occupy the territory of a state whose activities threaten the energy security of NATO countries. For example, if a state suspends the energy supply to Europe. 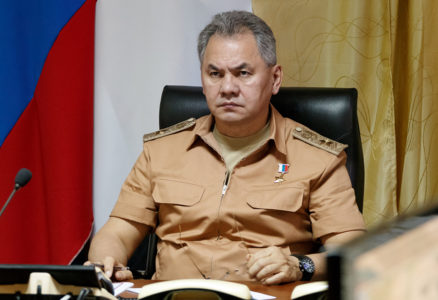 On November 23, Russian Defense Minister Sergei Shoigu said that about 30 flights have been made at the borders of the Russian Federation over the past month, which is 2.5 times more than in the same period last year. During the Global Thunder exercise, ten foreign bombers practiced the attack with nuclear weapons against Russia from Western and Eastern directions almost simultaneously.

The command-post exercises in the USSR and the US in the 80s, and later in the Russian Federation, demonstrated that in case of a major regional conflict in Europe, which was originally planned as a non-nuclear one, the parties made a request for the use of tactical nuclear weapons not later than the 3rd day of the development of the scenario. In case of the first use of the tactical weapon by either side, the conflict rapidly turned into a full-fledged nuclear war, which has never lasted more than 2.5-3 days.

I’m pretty sure Russia will do better than the USA should the USA make this insane / psychotic mistake.

When the US is being run by murdering communists, it’s no surprise that they are actively seeking to accelerate their global depopulation efforts by pushing further for nuclear war. Just last night I was reading Revelation and it clearly warns that those elites , who will be hiding themselves underground, wherever they are, will CRY OUT for those places to fall in upon them rather than face the One who comes in Judgment for their sins against Humanity and Gods Creation. But it will be too late for them, and Gehenna and eternal unhappiness shall be their punishment for CHOOSING to do their evil deeds. A fool rushes in but a wise one considers the WARNINGS of the prophets. Eternity is a very, very long time. Death is the normal outcome of life. Accept it. Live well and do Good while you are here. No money or temporary power is worth risking Judgment.

“Live well and do Good while you are here.”

In the meantime all hostile parties should agree to maintain actual lines of control.

Let things simmer, forever if necessary. What is the urgency to resolve all contradictions? Live with them. Don’t die for them.

Thats pretty lame actually. U.S. basically admits they neither have the know how nor the funding to develop new ICBMs and hypersonic weapons, so they upgrade their most basic nuke gravity bombs. Its a feel good measure, nothing more, virtue signaling at best.

This is a covert resupply of israel with nukes.

The “old” bomb pits will get “stolen” and will end up in israel.

Same playbook as in the Clinton years.

Israel cant enrich anymore, their dimona facility is damaged, so they steal nuclear pits from america.

us and eudssr allies will collapse from next year on, final stage. plans for 2023+ are obsolete

Like they have been collapsing the past 10 years already? By true definition of money and debt they are bankrupt anyway and yet they still do business as usual. Look at other countries having much smaller debt. The war is already happening right before our eyes and has for several years. They just didn’t get to the part where they really shoot at each other. Currency and economic war are just the first stage.

War against Russia is ongoing since 2014. or even 2008…. or actually never stopped. At this point WW3 is (almost) unavoidable.

What is the point of this weapon? Is it for retaliation? How are the planes going to start from an evaporated airbase? Is it for first strike? Then even Pershing2 from the 80’s are more sophisticated. I think they are used to make sure the US vassals are nuked as well in case of war.