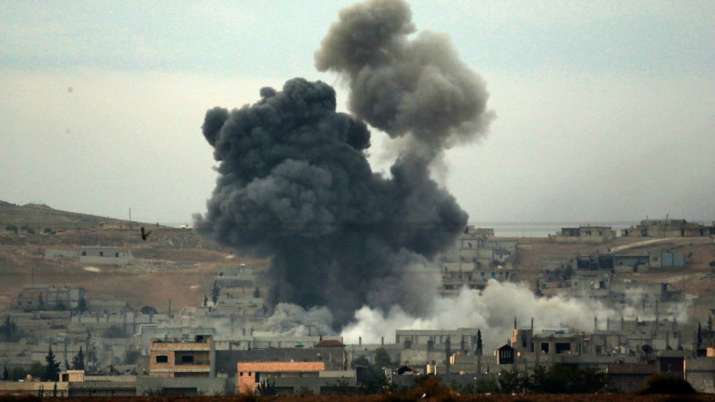 The target of the US Air Force strike in Syria on February 26 was a consignment of weapons intended for pro-Iranian groups.

The attack itself was carried out after the group members crossed the border with Iraq, according to Fox News.

It is also reported that after the first wave, a second wave of strikes on the territory of Syria was to follow, but a significant presence of civilians was recorded in the target area and the strike was canceled.

Initial reports claimed one person was killed and three injured.

“I recognize the significance of this operation, that it’s the first of its kind under the new administration,” said Pentagon spokesman John Kirby.

“These structures, again, we had information that gave us confidence these structures, this site, this compound – because all the buildings were all on one compound – were being used by these groups to facilitate the movement of resources, material, weaponry into Iraq to conduct the attacks,” Kirby said.

US officials said, Iranian-made rockets were fired at a base in Iraq where American troops are stationed.

“That is an unambiguous clear message to anyone in the region about what the stakes are if you’re going to continue to conduct attacks on our people,” Kirby said.

The PMU groups that were targeted denied responsibility for the attacks.

A CBS video featured cellphone footage showing the aftermath of the strikes.

It seems that they have failed….accord some Russians webs only 1-2 GBU-39 bombs hit the target..the others could not be launched as consecuence of EWS attack that Jammed GPS signals beside others….

Assad must stay
Reply to  Rhodium 10

hi rhodium can you provide sources please thanks :)

“The worst single mistake ever made in the history of our country: going into the Middle East, by President Bush.” — Donald J. Trump

Frankly, the American a$$holes are liars as bad as the Zionists, what exactly have they hit as there appears to be no damage at all.

The US needs to get out of Iraq and stop doing the vermin Jew’s bidding.

Bullshit, they knocked down a couple of peasant shacks and peddle it as a major military operation, dissociation from reality has become chronic for these thieves and liars.

Yes, I agree . It is also that a certainty that pro Iranian militias are not stupid, and weapons deliveries are therefore most unlikely to be ‘stored’ in one place, and they are also most unlikely to deliver weapons to Syria in one large ‘Fedex or Amazon ‘ tracked delivery. :)

Thus far, the Iranian people have withstood all the US/UK attempts to defeat them for 41 years. The US/UK orchestrated Iran/Iraq war was the most deadly, and even that failed to defeat Iran. Sadam/US/UK started the war, and Sadam lost the war. Even the chemical weapons supplied by the US/UK cheerleaders failed to break the Iranian spirit.

” In one 1987 incident, an Iraqi Mirage fighter launched two French-made Exocet missiles at a target it believed to be an enemy vessel. It was in fact the American destroyer USS Stark. Nearly 40 of the ship’s crew died. Washington was quick to accept its ally’s apology.”

Very interesting, HH. I wonder what else Anraat was involved in. Surely the chemicals were for making Cough Mixture for young orphan children?

The American Dream….one has to be asleep to believe in it….