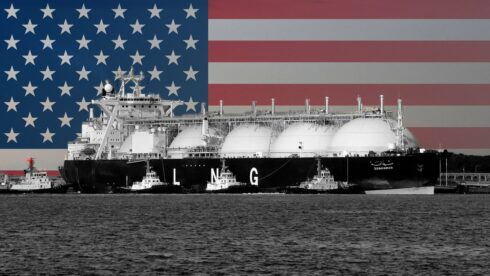 The U.S., being a maritime power, is trying to control the processes of oil transportation, increase the relevance of its energy carriers and “redraw” the map of economic corridors. Against the background of the Ukrainian crisis, the U.S. accelerated the process of implementation of its initiatives, which is reflected in several examples.

Asian refiners are trying to give up their purchases of the Russian Sokol crude, sold at the auction two weeks ago. The attempts to abandon Sokol oil are caused by the involvement of the Russia’s largest shipping company Sovcomflot, which transports oil produced at the Sakhalin-1 project to consumers in North Asia. The company’s tankers faced difficulties with obtaining insurance from international companies after the Sovcomflot Group was put on the British sanctions list.

In this case, Anglo-Saxon law serves as an excellent base for advancing British and U.S. interests, and the U.S. Navy provides stability to the law. Through the war in Ukraine, Washington aims not only to cut Russia off from Europe. The U.S. seeks to kick gas out of the pipelines “into the sea”. All maritime communications are controlled by the U.S. Navy, and the insurances are under control of Anglo-Saxon law.

In contrast to the continental model of integration through the pipelines, the sea transportation does not require synchronization of the interests of the supplier, the transiter and the buyer. It needs a regulator. The United States plays the role of a regulator on the oil market.

As for Russia, the effect of the oil embargo is likely to be insignificant for it since most of the raw materials are transported by tankers and Russia has an opportunity to divert them and sell oil in Asia at higher prices. Russia will reorient itself from one market to another, but the loss of the European market will still hit the country.

As for Europe, a telling example is Germany. Three LNG terminal projects worth several hundred million euros accelerated the pace of development after Germany declared them vital to end dependence on Russian energy. Earlier, these projects had been slowed down as the Nord Stream 2 pipeline reduced the need to diversify supply channels. Potential investors said they would develop the terminals as sites that could host future supply chains of alternative natural gases with zero emissions. Germany is also adjusting to favorable conditions and is doing so via the sea as almost all LNG terminals are located on water.

The U.S. has expanded LNG shipments to Europe. The U.S. Department of Energy has authorized increased exports of liquefied natural gas from terminals in the south of the country. The permits issued by the Department will allow for an increase in LNG supplies by 20.4 million cubic meters per day. 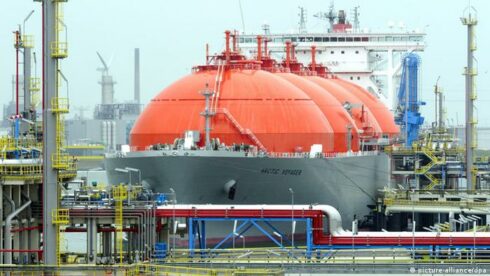 The U.S. has decided to expand gas to Europe amid the crisis in Ukraine, which became known back in March. The permits will allow the export of gas from the Sabine Pass and Corpus Christi terminals, which are located in Texas and Louisiana.

That is, U.S. LNG supplies are seen as a security factor in global trade. Going forward, the U.S. hopes to increase supplies to Europe by another 20 percent. They will transport LNG across the sea, and the navy will ensure the security of supply.

U.S. Energy Secretary Jennifer Granholm said the country’s oil and gas production is growing and will increase to make up for the 1-1.5 million BOE loss in the market.  The increase in U.S. crude supply will be about 1 million BOE, primarily due to a record release of reserves from the Strategic Petroleum Reserve. Granholm also said that global and domestic oil markets may react if the EU bans imports of Russian oil. According to her, this would undoubtedly affect the price of raw materials, because it would lead to an increase in supply on the market.

At the same time, the U.S. is extremely profitable from high gas prices in Europe. Most gas supplies are under spot contracts (quick purchase-payment contracts), also American gas is cheaper than Russian gas, which makes LNG supplies more convenient, but in the future gas prices in both the global market and the US market will increase, so the stability of such trade relations raises questions. The volume of production is also affected, the Americans increase the average of 6 billion cubic meters of gas per year, which is not very much.

The U.S. exports gas to the Asia-Pacific region as well. Thus, in 2021 half of U.S. gas exports came to the APR countries. The complete redirection of U.S. LNG from the APR to Europe will lead to higher gas prices in the APR, which could provoke a crisis.

Now America is trying to create a new architecture for the gas market in the world, the main tools of which are fleet and British law. However, the formation of such a structure is closely associated with new challenges and risks for all market participants. In this regard, the prospects of the new structure of the gas and oil market, especially the attempts to switch to spot contracts, seem very doubtful.

As much as SF readers want Russia to win, they are sorely mistaken. They may win the battle in Ukraine but that’s just the small picture. US will still dominate economically in the future and will inflict long term damage to Russia economically and militarily. Ukraine is just a cannon fodder and will continue to bleed them for years to come.

While it is true that Putin/Russia are acting defensively due to NATO’s slow approach to their border, that doesn’t mean they will win. Understand that.

America strategy is outdated. It worked for us during Russia / Afghanistan Confict. Russia has learned from this mistake. This Battle in Ukraine is seen and described by Russia as a Special Operation. Putin already knows this is already decided before it began. Putin will agress at his timetable. His Forces have not even displayed any real battles with their up to date Military arsenal.

It will be like 2015 when Ukraine Solders became surrounded in Donbass and their asses had to be negotiated back to Ukraine.

When this is over about 30-40% of Ukraine territory (including their access to Black Sea) will belong to Russia or Donated to Donbass.

Two sentences ; “Russia has learned from this mistake.” and” Putin already knows this is already decided before it began.” are the candles on the cake. He doesn’t know anything, he is angry because it is not going his way and Russia did not learn anything, the fight like brainless animals like they always did and always will do. What is propaganda a nice thing for idiots

Maybe you are right. Maybe they are animals, not human. That was exactly what Hitler said.

The US dollar hegemony is declining. You must factor this in.

I saw your pointless spam post on another article. Apparently you are quite limited.

When he continues to blackmail Europe there need to be a profound clean up of the Russians. The first attack on a Nato soil is sufficient to start a real forceful intervention.

1. In 2011 Saudi Arabia planned Pipeline from Bahrain-Saudia Arabia, Jordan, Syria was cancelled when Syria agreed to allow Iran-Iraq Syrai Pipeline. 2. America countered and Declared War to oust Baschad al Assad from Syria. 3. Russia planned Pipeline called Southstream to transit crude and Natural Gas thru Bulgaria to Europe because Fucking Ukrainians were stealing from the Nordstream Pipeline as it flowed to Europe. 4. America pressured EU to Sanction Bulgaria if Southstream went into operation. 5. America threatend France to Cancel Mistral ( 2 Helicopter Aircraft Carriers ) worth 4 Billion. 6. In 2015 America and Europe attempted to bring in TTIP (Transatlantic Trade International Partnership) so this would have been the infrastructure to Cancel the Russian Pipeline currently supplying Europe. Trump CANCELLED TTIP and now America needed another plan to separate relations between Russia and Europe.

Ukraine is the Scapegoat for America.

America is being run by organized crime, with Bidens and Zelensky as public point men.

“New American architecture of markets” is irrelevant. In 2nd half of this year on US and EU markets will be launched revolutionary new energy technology: Clean, zero-emission, cheap to operate, not dependent to Sun or wind. Some Investment Funds will lost a few billions.

What? Which technology are you referring to?

“Clean, zero-emission, cheap to operate, not dependent to Sun or wind.” => I can think of only nuclear energy but it has the currently unsolvable “nuclear waste” problem.

Please stop taking the You Tube articles so serious. Since when has anyone created something to generously make life for mankind better. If anything you will be more enslaved and the crap will not be half as effective as promised. See Covid-19 Vaccines. Wake up Dude!

The Problem With America’s LNG Boom

The Problem With America’s LNG Boom

Nothing a few Russian subs can’t get even with.!

If one of those LNG tankers explodes, the blast will level an area the size of Baltimore,almost. The explosive potential of LNG is one fifth that of TNT. Look it up.

“American gas is cheaper than Russian gas” who wrote this? stopped reading after that, waste of time