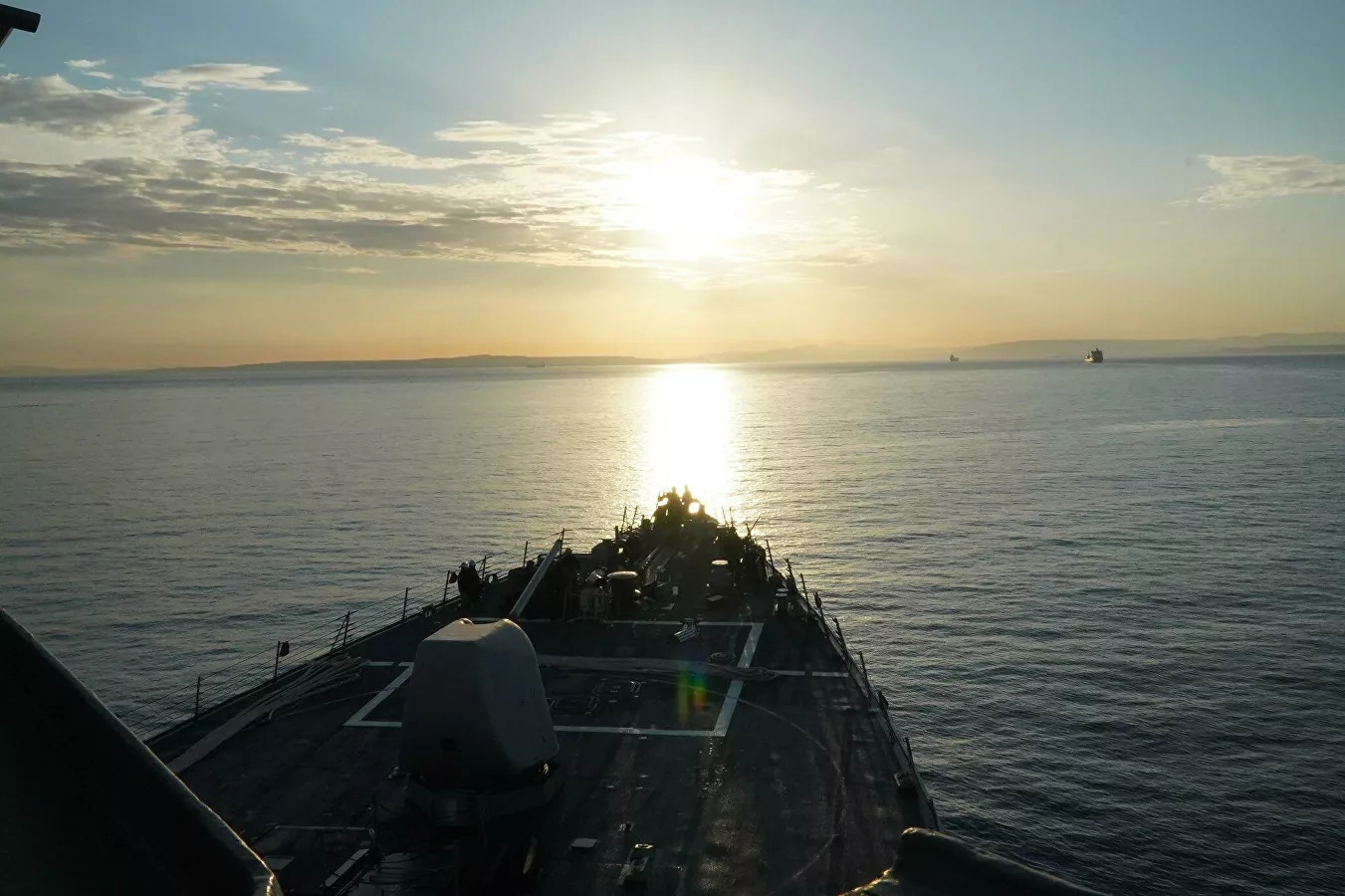 A Hamilton-class US Coast Guard patrol boat is heading for the Black Sea, the US 6th Fleet said in a statement.

“A Hamilton-class US Coast Guard patrol boat has begun sailing north for passage into the Black Sea after working with USS Roosevelt in the Aegean,” the US 6th Fleet said on Twitter.

The boat will work with “NATO allies and partners in the region,” the report said.

The US Sixth Fleet, headquartered in Naples, Italy, conducts a full range of naval operations, often with allies and partners from other government departments.

On Russia’s side, the two large landing ships of the Northern Fleet, Alexander Otrakovsky and Kondopoga, are still in the Black Sea after a major exercise near Crimea, the Russian military said on April 26th.

In an exercise in Crimea in the week ending on April 25th, the crews of Alexander Otrakovsky and Kondopoga worked out training tasks together with the troops of the Southern Military District, the press service reported.

On April 22, the main stage of the exercise of the troops of the Southern Military District and the Airborne Forces of the Russian Federation took place in Crimea. In the maneuvers, according to the Ministry of Defense of the Russian Federation, more than 10 thousand servicemen, 1.2 thousand units of weapons and military equipment, more than 40 warships and 20 support vessels were involved.

Large landing ships of the Northern and Baltic fleets of the Russian Federation, artillery and landing boats of the Caspian Flotilla came to the Black Sea for maneuvers. The Black Sea Fleet reported about 50 combat aircraft being relocated to Crimea.

Russian Defense Minister Sergei Shoigu said on April 22 that the exercises in Crimea were successful. Shoigu said that from April 23, the troops begin to return to their places of permanent deployment. According to him, this applies to the personnel of the 58th Army of the Southern Military District, the 41st Army of the Central Military District, the Seventh, 76th Airborne Assault and 98th Airborne Divisions of the Airborne Forces. The redeployment should be completed by May 1.

More than 50 planes and helicopters flew out of Crimea after the exercise, the Southern Military District said on Monday.

The United States and European countries have previously expressed concern about the strengthening of the military grouping in Crimea and the movement of Russian troops near the border with Ukraine.

Russia urged not to consider the maneuvers of the Armed Forces near the border with Ukraine as a manifestation of aggression.

Russia’s Aerospace Forces warplanes that took part in the exercises were also returned to their permanent deployment positions.

“More than 50 operational-tactical aircraft and helicopters of army aviation of the Air Force and Air Defense Association of the Southern Military District and naval aviation of the Black Sea Fleet were returned from the Crimea to permanent airfields after a control check during the winter training period,” the Ministry of Defense’s outlet Red Star reported.

I don’t understand the reason behind in deploying a US Coast Guard ship. How does sending in a significantly less capable armed ship makes any difference?

You said it, they don’t want to upset Russia further!

Because Black Sea is a small sea :)

not so much a threat so they can sneak around being noticed to a lesser degree than a nuked up destroyer, maybe.

Tommy made it to Black NATO Sea!

Assad must stay
Reply to  BMWA1

us coast guard ships in the black sea – seems they got their geography somewhat mixed up.

The Black Nato Sea. US is the boss of and fund Nato. Why shouldnt we patrol and defend our coasts when Russia is preparing an invasion on one of our Allies of the Willing with two landing ships?

LOL!! i like that,coast guard ship,shouldn’t they be guarding the US coast?a Cousin of mine is a member of the US coast guard based in San Diego,think i might give him a call and ask him what the hell he thinks he is doing LOL!!

Assad must stay
Reply to  Cromwell

make sure to report back to us !

US coast guard guarding US coasts is what US defense spending is to spending on defense.

“The US Coast Guard’s final Hamilton-class high-endurance cutter was decommissioned in a ceremony at Kodiak, Alaska, on Saturday, April 24.

The 378-foot (115-metre) USCGC Douglas Munro and its Hamilton-class sisters are being replaced by the 418-foot (127-metre) Legend-class national security cutters, which serve as the coast guard’s primary long-range assets.”

They must be sending this one to the naval museum in the UE or Romania.

Fog of War
Reply to  disTheeNot

Shit Like this happens because the Putin administration is too passive. I can tell you for a certainty that this is regarded as weakness. It doesn’t matter that they are not weak. What matters is perception. Perception is what starts wars not reality. If it were reality then there would never be any wars so horrific they are.

maybe they want to patrol the coast of georgia because its a state of the u.s….right ????