The U.S. Department of State announced on May 30 that $1.1 billion worth of “counterfeit” Libyan currency were seized on May 26 in a joint operation with Malta’s authorities.

In an official statement, a spokesman for the department said that the currency was printed in Russia by the state-owned Joint Stock Company Goznak. The notes were printed upon request from the House of Representatives (HoR) Central Bank in eastern Libya.

The spokesman, Morgan Ortagus, called the bank an “illegitimate parallel entity,” stressing that the Government of National Accord (GNA) bank, the Central Bank of Libya, is the country’s only legitimate central bank.

“The influx of counterfeit, Russian-printed Libyan currency in recent years has exacerbated Libya’s economic challenges,” the spokesman said, adding “This incident once again highlights the need for Russia to cease its malign and destabilizing actions in Libya.”

The HoR’s bank has been printing notes in Russia since 2016. The step was taken in response to a shortage of cash in the eastern part of the country. The GNA, which controls the northwestern part, is currently in conflict with the HoR and the Libyan National Army (LNA).

In the last few months, the GNA’s central bank was accused of misconduct on many occasions. Pro-HoR and LNA sources claim that the bank is selling and transferring hard currency as well as gold to the Central Bank of Turkey in return for the Turkish military support for GNA forces.

The shortage of currency in Libya worsened in the recent days, with the Dinar losing some of its value. Ramzi al-Agha, a director in the HoR’s bank in eastern Libya, claims that the recent influx of Syrian militants to Libya caused the new crisis as the demand for cash skyrocketed.

The U.S. is attempting to blame Russia and the LNA for Libya’s economic problems, which are first of all a result of the 2011 NATO intervention in the country. Washington is worried that Russia may be preparing to provide a direct military support to the HoR and the LNA.

Steeling money and resources = What USA is based on! Guess next time they should deliver these through Egypt so they can’t be stolen.

You can borrow my printer and get rich too. Its told its counterfit. The USA mpney are not.

100% backe by pure gold,do you understand this fact,assflogged? no?
It’s stealing yet of it were fake why all the bother? USE YOUR HEAD NOT THE LUNATICS

According to many links its no fake.

So far I believe that, because I have followed so many bad things done in Malta and investigated by EU and others. 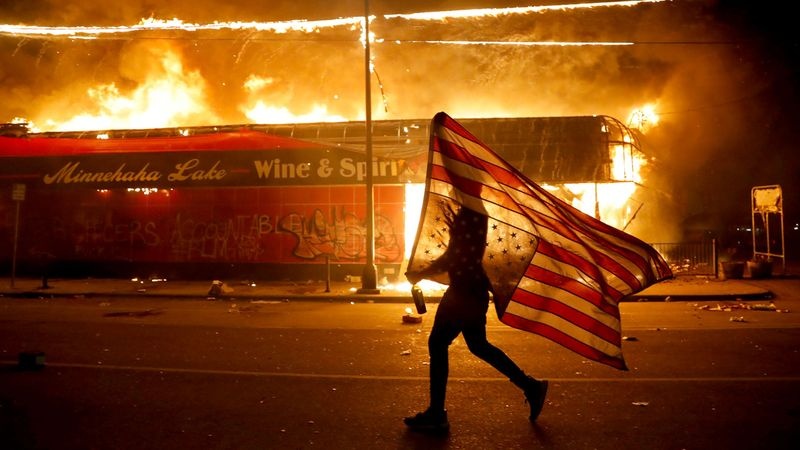 historically and have sunk so low as their shithole of a failed state burns to the ground, but the worthless cunts still think that they amount to anything, Americunts are finished and lot worse is on the way as KARMA bites them in their lardass.

Hilarious. Haftar should call his CIA buddies to get a refund, how’s being a pawn of global Ziocorporate bankster terrorists working out now?

That has nopthing to do with the Americans but what a bunch ot the Leadership of Malta has allowed and for own pupose for too many years.

Sveral others try to stop those alternative ways of living.

Pathetic to read “Americans”. It seemes You not even has seen this particulary job is by the Malta’s authorities, which I dont trust 100% – As well as those ciunterfits are made in Russia and even the factory for it.

They are not counterfeit,you idiot,russia got paid in gold to print each and every note:

A gang of monkeys assaulted an employee of a medical college in northern India and snatched blood samples of coronavirus-positive patients from him, causing panic among locals.

You are a product of mutah

A 72-year-old Hindu priest in Odisha, India hacked a man to death to offer him as human sacrifice to appease the gods and ward off the coronavirus pandemic.

A Russian state company prints counterfeit money to fuel a war in a foreign country , and all comentors here speak about zionism and US imperialism. In which parallel world you people are living , unbeliavable.

So define ‘counterfeit money’ in the context of a now failed Libyan state in throes of full civil conflict. Libya is unstable and its governing agencies are contested and dysfunctional – courtesy of NATO destroying country in 2011 – and since 2014 Libya has been in full fledged civil conflict, with a power struggle between two opposing factions sponsored by foreign states. It is not actually unreasonable that one of the serious contenders for power has genuinely requested Russia print currency for domestic Libyan transactions, in areas under that contender’s control, as the formerly centralized Libyan state agencies, and ergo its treasury, are essentially non functioning and contested entities. Money is merely a constructed system of agreed exchange tender – it is only ‘authentic’ as long as a population accepts faith in its exchange value and a state agency has capacity to reliably produce it. A collapsed state will invariably have to refloat or reconstruct its currency after the violent disruptions of war or revolution – and do so with external assistance from solvent states or international agencies – there is nothing new going on here.

Im warming up my printer, so it bexomes HOT HOT. But 0 toiletpaper the next comming days for my but.

Hrrrm, which country should I buy. 40 mio. muslims refugees is a lot. And in heaven there is no beer, thats why We drink them here.

Childish trolls are excluded from the adult’s discussion, they remain at the children’s table.

U.S. is doing the very same thing since 1913, only a million times bigger.
Who owns the FED….
Better luck next time Shlomo.

FED prints USD only with in the framewok of law and and officially declares the money it prints. They dont counterfeit the currency of a foreign country in civil war and try to put it into circulation secretly . Your hatred blinds you in yr paralle universe.

Dont try to educated the willfully blind and ignorant. In his small mind ‘merika is exceptional and without sin.

It seemes to work very well for him about this.

Do you know who I was even addressing ?

I just commented abput Senser – I think. And by that Your dark with loving ranger not true too as well.

They think russians are angels without wings. Let them believe whatever they like . If one day IUS hegemony in Europe gets replaced by Russian one , they will be running away covering their asses with their both hands.

Sencer
Reply to  Fog of War

US, Russia and China , they are all the same when itcomes to hegemony, sweetie. But that does not mean that I will close my eyes to some Russian peasants caught redhanded , and try to excuse them saying that others do similar things. Now could I make myself clear ?

Fog of War
Reply to  Sencer

First off, Dont call me ” sweetie “as i’m not gay, even though you might be. Secondly, WTF are you talking about and how does relate to my comment.

Maybee You have been drinking too many derrivated bottles of champagne Yourself.

I donr see USA are twisting arms about money. They print and also get loans on normal conditions mad on trust and production.

Much like the moon is the one on Your balded head and very infected.

Wasntr this about fake money printed in Russia and found at Malta????

Hey, the Dutch drug addict has arrived…
Get better mate….

Danes are the ugliest Neanderthal looking cunts too. The dumbasses are Nazis as well.

Chechas , love , at least they dont copy paste from 80 years old books and try to present Stalin era Soviets as east of eden.

These people live in a different world , where there are different laws of physics , laws , legislastion, and intelligence.

I wonder what these people here in Southfront would say if Turkey had printed 1 billion Libyan Dinars and caught while sending to UN recognized goverment in Libya ? Let me tell you , now they would be jumping all around here like bonomo apes..

That was rich coming from a troll who uses a dictator as his pp and names himself after one.

Go on keep licking dictators , after all everything is fine when you are not the one living in that shithole he rules.

USA money are not counterfit.

Of course it is not. But tell it to the morons who can not differ legal bills printed under laws from counterfeits ptinted in a foreign country being used as a legal tender to pay the militia in a civil war.

What’s it to you what Haftar and Russia do? I don’t see you speaking about how those turcooalphabets in libya are being paid ,do I? Pot calling the kettle black much?

They can be paid with gold , legal libyan dinars or USD supplied by KSA or UAE – But not with some counterfeit money. This counterfeit money will end in hands of some innocent 3rd parties like local trades poeple in the end and will be marked as useless, not even speaking about uncontrollable inflation it will lead to.

If Haftar needs real money , then he can open the oil valves again and pay everyone legally instead of creating a 3rd class crime gangs with Russian state mafia.

All good but that is the issue. Haftar does not want to give
america control over the currency and almost all of your methods do so.

Most of their heads was used at VM football last time it was:(

Cechas , love , printed with which authority under which law ?

It is always easy to sign a pre dated contract between two guilty parties once the contraband is caught. A serious court will always laugh at such a contract and to morons like you .

If i were russia i snet some cruise missiles into the GNA bank!

but you not dam it

He is dam or muddy quamire pond.

You are not. Not all Ruusians are a stupid as You, but they do exist.

Iran berates U.S. as a racist failed state over over police killing, slams racism and downward US spiral, thanks to the Jew cunts who have bankrupted the rednecks.

“The U.S. government is squandering its citizens’ resources,” FM Zarif said in a tweet echoing a global concerns over the unsustainable US spending on wars and military while its citizens do not even have access to basic health care or a social safety net. The growing violent protests in the US are now taking on a ominous twist towards massive unrest based on socio-economic inequity and institutional racism.

US burns from New York to Los Angeles 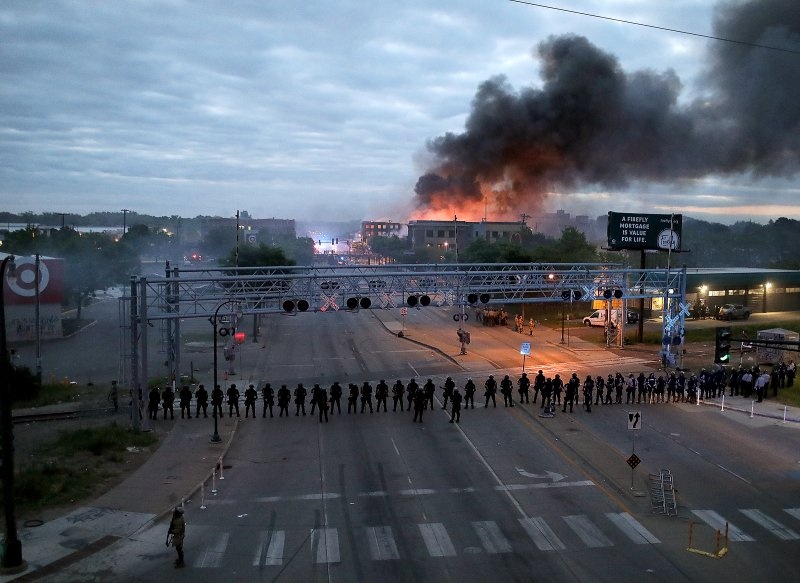 So much seemes to rotten in Malta. You can even be a citicen, if You pay enough

Counterfeit? I bet they could tell it was Russian by the serial numbers they were contracted to use at the request of the LNA govt.

Garbage and nothing more than a cheap US propaganda stunt. Why would Russia contemplate making counterfeit money and even consider using Malta as a gateway?

All russian printed currency is backed by 100% pure gold,thus this is more stealing by usa (period)