On January 11th, the United States Treasury sanctioned several Ukrainian individuals and media for revealing corruption in the Ukrainian government and against US President-elect Joe Biden and his son Hunter.

These were accused of being “Russia-linked actors” and they were simply doing Moscow’s bidding, by revealing the truth.

The U.S. Treasury Department accused the seven individuals and four entities of involvement in a Russia-linked foreign influence network associated with Ukrainian parliamentarian Andriy Derkach. The pro-Russian lawmaker was hit with sanctions by the U.S. government in September over accusations he tried to interfere in the 2020 U.S. election won by Biden.

The action freezes any U.S. assets of those blacklisted and generally bars Americans from doing business with them.

“The United States will continue to aggressively defend the integrity of our election systems and processes,” Mnuchin added.

Individuals who were sanctioned:

Media which was targeted with sanctions:

Andriy Derkach was first to be sanctioned back in September 2020.

Since the spring, he published several audio recordings in which President Petro Poroshenko listened to directives from Obama’s deputy Joe Biden, who was in charge of Ukraine at the time.

Their voices were recorded from Poroshenko’s office, who spoke to Biden over the speakerphone. The vice-president demanded that Poroshenko remove Prosecutor General Viktor Shokin in exchange for a billion loan from the IMF and made a hack for sending saboteurs to Crimea.

The President of Ukraine boasted that he had raised utility rates even higher than the IMF demanded, asked to send a supervisor to the Prosecutor General’s Office, and approved Yuriy Lutsenko for the post of the new Prosecutor General. And much more.

Derkach also published how Pyotr Alekseevich calls Vladimir Putin a month after the battles for Debaltseve and talks to him nicely – as with an old friend.

Later, the people’s deputy published the schemes according to which Biden’s son received considerable sums in Ukraine. And he published data on how the system of corruption ties of the Democratic Party in Ukraine works. At this stage, Dubinsky, Kulik, Telizhenko and others joined the case.

That is, all Ukrainians who have come under the sanctions are those who actively spoke about the affairs of the Biden family in Ukraine and opposed external control, the US Democratic Party and its lobby in Ukraine.

After these scandals, the US Embassy was forced to deny more than once that it “externally controls” Ukraine. Which in itself was indicative – that is, this topic has acquired a very wide resonance in Ukraine.

So wide that the topic of “Derkach tapes” was forced to comment on President Vladimir Zelensky.

“About Poroshenko and Biden, yes, I heard, I’ll comment. I think this is not the last sign that Ukrainians will see. The prosecutor’s office and law enforcement agencies must respond. The Prosecutor General of Ukraine yesterday registered the criminal proceedings at the request of Deputy Derkach. They will investigate. I know that it can be perceived, qualified as high treason. All – to the law enforcement officers,” Ukrainian President Volodymyr Zelensky said.

The US reacted strongly, and Zelensky immediately changed his mind and said that by publishing the tapes someone was trying to “destroy bipartisan support for Ukraine” and drag Kiev into the Trump-Biden election campaign. And officially the investigation of this story was frozen.

Dubinsky in a statement said, “Once again I declare that I have never interfered in elections in other states, including the American election, and never have anything to do with the publications or other similar actions of the so-called Poroshenko-Biden tapes.”

“We didn’t expect such a broad list sanctioned under the ongoing administration,” Ukrainian anti-corruption activist Daria Kaleniuk said. “To me it is a good sign of the checks and balances system which still works in the U.S. government.”

So yes, not only is “Ukrainian democracy” clearly being entirely orchestrated from Washington, but there’s even thankful voices in support of the sanctioning against those revealing facts of corruption that was led by the incoming American President.

I thought that might happen since Trump and Biden is really the same thing when it comes to foreign Zionist policy: https://www.youtube.com/watch?v=FYLNCcLfIkM&feature=emb_logo

Both countries have one thing in common they both have become a sad joke.

The more you sanction the weaker you are.

The AmeriCunts ‘Sanctions’ AKA ‘Economic/Financial Terrorism+War‘ [besides their ‘War Of Terror‘], against literally the Rest of the World, has already negative harmful + deadly effects on a quarter of the planets population. It doesn’t started with the Trump Regime and unfortunately it wont stop with the Biden Regime.

Russia Holds More Gold Than Dollars For First Time In History
The bank’s share of dollar assets dropped to 22%. 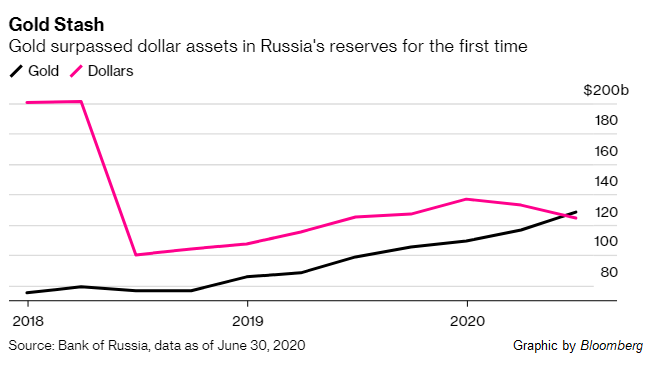 Russia has the most gold backed currency on earth,those would be us dolla,not ruble,eu or other vast reserves.

Tis time to dump the dollar :)

How long does it take to burn a turk to a crisp?

It all depends on the kebab cooker settings :)

Need to weaken russia.Just supply some modern weapons to the ukranians and its game over for the russians.

Russia is a strong ally of India. You’d be foolish to want that.

Lol.Russia has been betraying india for a while now.It even betrayed armenians.Wonder how you still support russia when the azeris killed armenians withbrussian supplied weapons.

What option does Armenia have ? A poor small nation has limited options.

Thats true in case of both of us.

Where is my rogan josh? Friggin useless darkie loser… give me my food.

If “some modern weapons” weaken Russia it is already weak. Armenia betrayed Russia and unfortunately they were forgiven by the Russians. India is playing at both ends too. They will be left with the middle.

Out of curiosity, has anybody seen ‘media needy’ Pelosi, over the past couple of days? Why would she miss out on the ’25th Amendment’ finale?

Strange with regards sanctioning those speaking out against Biden, when he is not in office yet?

She was probably having her hair done in a closed and unessential salon again, AM :)

Haha. Read an article earlier, and have no idea if true or false, but, made me laugh. One of the Marine Generals told her what he thought of her and her orders.

Marine Corps. Rebukes Pelosi: “We Don’t Work for You”…

‘…“Don’t lecture me on patriotism, Madam Speaker. I’ve served this country with distinction for 40 years. I’ve spilled blood for our nation. What have you, a self-serving elected official, done for your country?” Gen. Berger said.

Pelosi further enraged him by saying he was answerable to Congress.

“I answer only to the president, and as I understand it, Donald J. Trump is still president and commander-in-chief. I abide in the Constitution as it was written, not your interpretation of it,” Gen. Berger admonished Pelosi.

Quoting our source, “When her intimidation tactic failed to sway Gen. Berger, Pelosi tried a different tactic: Begging and flattery.”

Pelosi claimed that the National Guard’s “weekend warriors” were ill-prepared to repel an army of “mad Trumpists.” Battle-hardened marines, however, were more capable of defeating “rabble rousers,” she said. “You have the best trained soldiers in the world, and America needs them…”

That hairdresser is taking one heck of a long time sorting out the wig, or is she looking for a mask?

Gen. Berger was unmoved. The only way Marines would be deployed, he told her, was if President Trump himself issued that order.

“If you want us to help combat his supporters, I suggest you get him on the phone and tell him that. If he orders me to, I will. Otherwise, I suggest you listen really hard to the words escaping your cracked, poisonous lips; they’re tantamount to treason,” Gen. Berger allegedly told her.

The hairdresser and the dots, were meant to go at the bottom of the post. Ooooops, should have edited before posting, but, not expecting computer to rearrange it for me.

AM, I hope you are ok.
Just a short note: pfizer & moderna’s poisons are NOT vaccines; do a search of this: ‘tal zaks moderna jew’. & what about albert bourla who heads pfizer?

Hi Ralph, I am fine, just not commenting much. Waiting to see how things pan out tomorrow and trying to stay as far away from the vaccines as possible.

Any news on how Reiner Fuellmich is getting on with regards the court cases and the vaccines? Plus, what is happening with the Dutch and Italian Governments? No doubt, things will be clearer, after tomorrow, one way or another.

Glad you are ok. I was wondering why you weren’t stomping on the idiot opposition like you used to do. Maybe it’s become too easy to trash them? Too many victories?
Nope, I don’t follow Reiner directly, only when alt news outlets reports on him.

Guess I have stopped stomping, owing to getting bored with ‘Groundhog Day’ and going round in circles, feeding the same idiots, no matter how often they change their names.. They served their purpose, with regards wanting to use them in order of sharing links, but, until something actually happens and things move forward, I am having a break from commenting.

Take care and look after yourself.

Dissemination true facts of US and NATO misdeeds and warcrimes are always suppressed by them.

TRUTH is akin to a silver dagger in the black heart of Zionism and always has been.