On November 30th, the US sanctioned a Chinese company for allegedly assisting Venezuela in “curbing dissent on the internet.”

The US said it was restricting transactions with the China National Electronics Import and Export Corporation (CEIEC), and blocking assets of any firm in which the state-owned company holds a 50 percent stake or higher.

The Treasury Department said CEIEC provides expertise to Venezuela’s state-owned telecom company — which has blocked independent media as well as livestreams by opposition leader Juan Guaido, who is recognized as interim president by at least 50 countries, including the US.

“The illegitimate Maduro regime’s reliance on entities like CEIEC to advance its authoritarian agenda further illustrates the regime’s prioritization of power over democratic values and processes,” said Secretary Steven T. Mnuchin. “The United States will not hesitate to target anyone helping to suppress the democratic will of the Venezuelan people and others around the world.”

According to the US Treasury, the suite of software and hardware that CEIEC provided Venezuela is a commercialized version of China’s “Great Firewall.”

“The Great Firewall is China’s nationwide system of web blocks and filters, used to maintain strict online censorship, control the information Chinese citizens can access outside China, and prevent the internal dissemination of content deemed undesirable by political leadership.”

Venezuela on December 6th will hold legislative elections in which Maduro hopes to take back the National Assembly, the only institution controlled by the opposition, with Guaido boycotting what he and several international observers see as a rigged process.

US Secretary of State Mike Pompeo said that CEIEC “has been supporting the Maduro regime’s malicious efforts to repress political dissent and undermine democratic processes since 2017.”

“Maduro’s desperate attempts to manipulate the democratic processes should leave no doubt that any elections organized by the illegitimate regime, including the December 6 parliamentary elections, will be neither free nor fair,” Pompeo said in a statement.

The Venezuelan government, for its part, denounced the “illegal actions of the United States government” that it said seek to “destabilize” the country on the eve of parliamentary elections.

Beijing condemned the US sanctions on December 1st as a “pure pretext to suppress the relevant Venezuelan and Chinese companies”.

“We are also firmly opposed to the abuse of unilateral sanctions and other means to coerce the Venezuelan people to change their development path,” Chinese foreign ministry spokeswoman Hua Chunying said at a routine briefing.

“China will take the necessary measures to safeguard the legitimate rights and interests of its own enterprises,” she added, without specifying further.

Essentially, China said that the US should “correct its mistake” of sanctions and remove them. 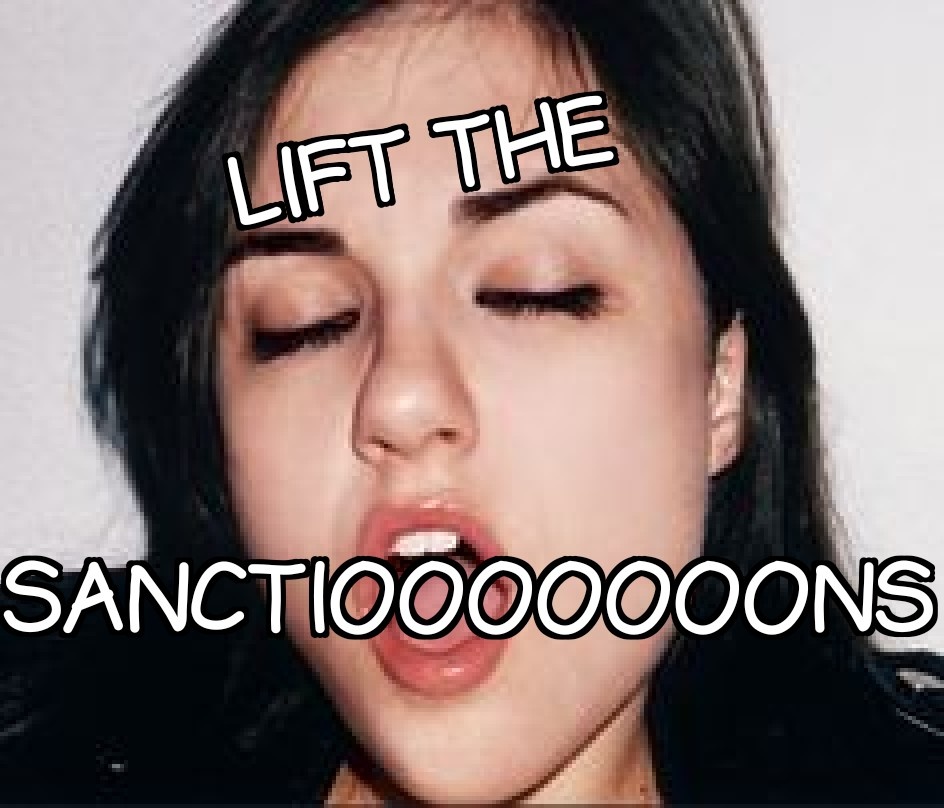 Maybe china grow a set and learn to rely less on the incumbent + far outdated us petro hegemony$$,
No more problem then,toughen the fk up china:

When is the U.S. Treasury Department going to sanction the Democrats, the Department of Justice, CIA, MSM, Twitter, Facebook and YouTube for their efforts to undermine democracy in the U.S.?

FFS, one reason they claim Maduro’s presidency is illegitimate is because he keeps winning because of election fraud… by using Dominion voting machines and Scytl reporting systems [cue sad trombone sound here]. Somehow, this planet has turned into clown world on crack and opioids.

Sanctions, sanctions, sanctions. That’s all these brain-damaged, really despicable, evil, arrogant, condescending idiots in Washington, DC know how to do. The genius’ now have political and economic sanctions on a total of 39 countries. It’s no wonder that the US had a trade deficit of ~ $576 BILLION dollars in 2019. This year will be no different. You just can’t fix stupid!