By Reuters, via RT

Bassil is the president of the Christian-dominated Free Patriotic Movement (FPM) and the son-in-law of its founder, the current President of Lebanon, Michel Aoun.

Over the last twelve years, Bassil served in several high-level posts in the Lebanese government, including as Minister of Foreign Affairs and Emigrants, Minister of Energy and Water and Minister of Telecommunications.

In an official statement, U.S. Secretary of State accused Bassil of playing a role in Lebanon’s corruption and as well as of supporting Hezbollah.

“Through his corrupt activities, Bassil has also undermined good governance and contributed to the prevailing system of corruption and political patronage that plagues Lebanon, which has aided and abetted Hizballah’s destabilizing activities,” Pompeo said, “Lebanese political leaders should be aware that the time has long passed for them to put aside their own narrow self-interests and instead work for the people of Lebanon.”

The FPM, which holds the largest Christian block in the Lebanese Parliament, has been an ally of Hezbollah since 2006, when the two parties signed a memorandum of understanding.

“Neither the sanctions scared me nor the promises seduced me … I will not turn against any Lebanese … I will not save myself to destroy Lebanon,” Bassil said on Twitter, commenting on the U.S. announcement.

While these sanctions are being presented as a response to corruption in Lebanon, they are in reality a part of the U.S. “maximum pressure” policy which is targeting Iran and its allies in the Middle East.

Bassil: “I will not turn against any Lebanese … I will not save myself to destroy Lebanon.”

The CIA deep state is now going after Lebanese Christians allied to Hezbollah.

it’s all about the jews in palestine getting the stolen gas to europe via pipe and for that they need lebanon’s seabed. so far lebanon has said no and thus the attempts continue from the jewry in palestine with willing moron #2, aka pompeo, in the lead.

US democracy in action 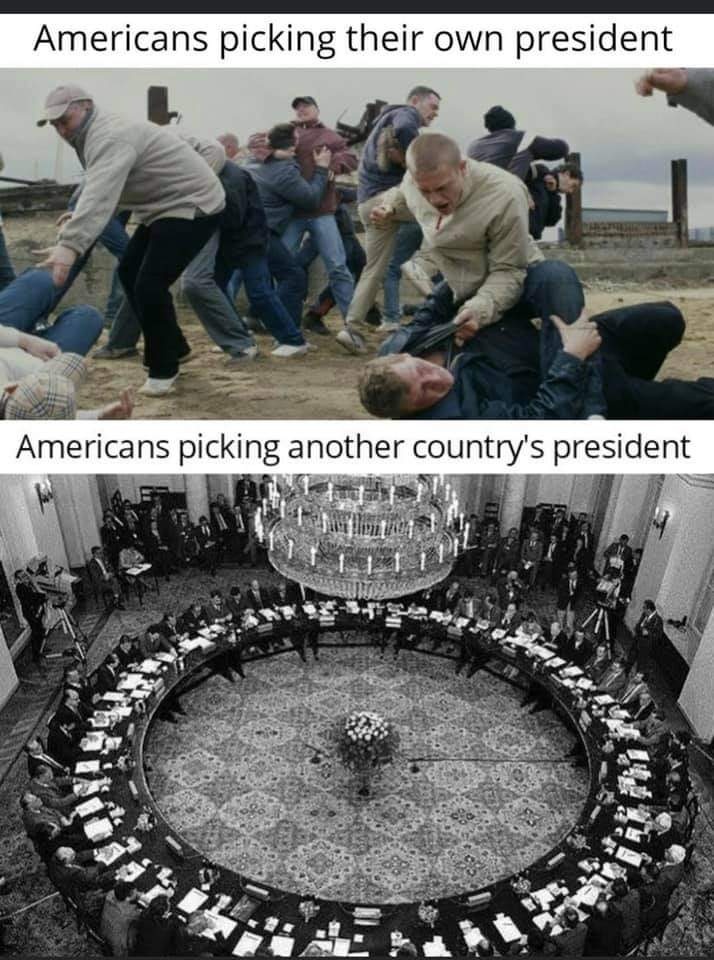 US should stop humiliating itself it should introspect it’s own problems it has created at home.

the moron, aka as pompeo, has been after lebanon since spring with the purpose to open lebanon’s seabed for the jews in palestine to build a pipeline so that the jews can sell the stolen gas to the fence european union. in the spring it failed despite the moron offered lebanon good weapons although not the top of the range grades. and then a few weeks back the maritime border between lebanon and the so called state israel, disputed of course since the jews just can’t stop themselves and will steal anything, fixed or chattel, shall be settled by secret negotiations mediated by the disunited states of A and now, sanctions on a politician aligned with hezbollah. all an attempt to open the seabed for the jews, which is of imperative importance for the jews, or they, the jews in palestine will have to take the stolen palestinian gas to egypt and liquify it and ship by vessel which is much less favourable option (to the jews).

this attempt to force lebanon to open its seabed for the jews must be stopped.

You’re joking right,
Where did you hear that the US will arbitrate? That is news to me.

try to keep up – the seaborder between lebanon and the jews in palestine, severely disputed, is under negotiations between the two with hezbollah sidelined and the proceedings are mediated by the morons in the disunited states of A, seriously. it’s just a pretext for the morons and the jews to bring the lebanese seabed into play, which the jews need desperately. lebanon turned down fatso in april or may when he visited (after having been in jew-land south of the border) and thus the border skirmishes started, the ammonium nitrate explosion happened and the attempts by the morons to sideline hezbollah started, of which this sanction is just one part – try to keep up. it’s been in the papers.

No need to prattle ,Vermicide.
I know all about the border blah blah blah. I just wanted you to answer what I asked you and you weren’t able to do it.

you obviously know very little if anything