On June 10th and 11th, protesters in the US appear to have singled out their true enemy: confederate statues, as well as those of Christopher Columbus.

Spurred by the Black Lives Matter protests, municipal authorities throughout the United States have ordered century-old statues commemorating defenders of slavery to be removed. Most of these orders were needless, since protesters took things into their own hands.

In Virginia’s capital, Richmond, protesters toppled the statue of Jefferson Davies, the first and only Confederacy president.

The bronze statue had been all but marked for removal by city leaders in a matter of weeks, but demonstrators didn’t want to wait, tying ropes around its legs and toppling it onto the pavement.

The Davis monument was a few blocks away from a massive equestrian statue of Confederate Gen. Robert E. Lee that the state of Virginia is trying to take down.

In the week ending on June 7th, Democratic Gov. Ralph Northam ordered its removal, but a judge blocked such action for at least 10 days.

“The men who served under Robert E. Lee were my great-grandfathers or their brothers and their cousins. So it is my family,” he said. “What if a crowd of any other group went and found the symbols of someone they didn’t like and decided to tear them down? Everybody would be appalled. But I don’t know why it’s acceptable, why people who are descended from the Confederate Army and the Confederate soldiers, it’s accepted in this country that you can do anything to us you want.”

On June 10th, protesters in Portsmouth, Virginia, beheaded and then pulled down four statues that were part of a Confederate monument as a brass band played in the streets and demonstrators danced.

Richmond was the city where the statue of Christopher Columbus was pulled down, spray painted, set on fire and thrown into a lake on June 9th.

In Boston, a statue of Columbus was found beheaded on June 10th. And in St. Paul, Minn., indigenous activists threw a rope around a 10-foot bronze statue of Columbus on the grounds of the state capitol and dragged it off its pedestal. Authorities did not intervene as the statue came tumbling down, and activists danced in a circle around it, singing native songs.

“For healing to happen, this needed to happen,” Mike Forcia, chairman of the Twin Cities American Indian Movement and a member of the Bad River Band of Ojibwe said. “It was here for far too long. It’s a slap in the face to all Native people and all people of color.”

Supporters of Confederate monuments and other statues that are being defaced have argued that they are important reminders of history, while opponents contend they glorify those who led a rebellion to preserve slavery.

THOSE THAT DENY THEIR HISTORY ARE DOOMED TO REPEAT IT!

Americunt shithole failed state built in racism, slavery and holocaust of the native population and now being literally sucked to death by the evil Jew parasites fanning global wars, Bilderbeg cunts ripping off the planet is falling apart, no surprise there as it was only a matter of time. 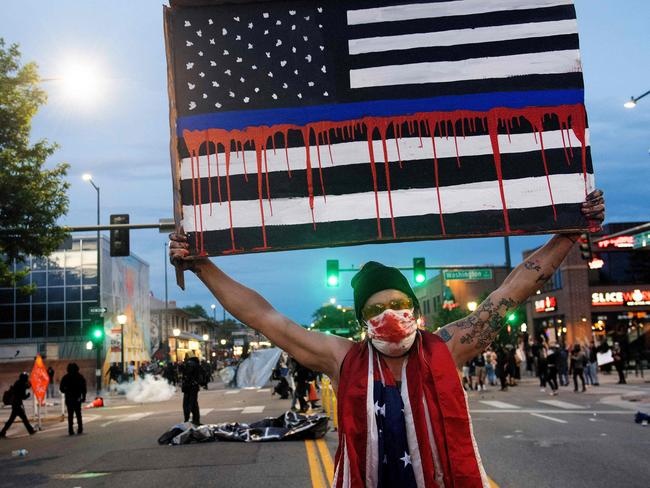 History catching up with racist tyrants.

Niggers and Injuns have been their own worst enemies. That why Negroes and natives with any sense leave the ghettos and reservations and never look back.

These statues never should have been erected in the first place.

The Confederacy claims another victim 155 years later, some Darwin award winner got in the way of a 1000lb statue….

The fight against stones and windmills will change everything to the better.

You should take it easy with the glowpoasting. Someone might get the idea that you’re trying to stir up trouble.

Folks who are reading these sort of questionable posts should remember to respect the rule of law and be ready to defend yourself if – and when- the communard mob comes to cause harm.

These Antifa folk seem to forget what the Civil War was really about. Had absolutely nothing to do with the abolition of slavery (both sides enlisted black soldiers) and everything to do with Federalism versus Confederacy, i.e where the taxes go and who controls the purse strings.

Well a vast majority of Americans are completely ignorant concerning large periods of US history despite the country being only 244 years old. The war erupted mainly over the issue of state’s rights. Northern and Southern states were becoming two separate societies. The North was based on free labor, commerce, manufacturing and finance. The South in comparison had much less manufacturing, trade, finance and depended, for a large part of its economy on slaves. It was only in the second year of the war towards the end of 1862 when the military situation was basically a stalemate, that President Lincoln formulated the Emancipation Proclamation freeing slaves in Union occupied areas of the South. When this change was implemented in 1863, the war goals took on a new focus, restoration of the Union and abolition of slavery.

250 years later, a presidency where tariffs form a central part of his overall economic and diplomatic strategy.