On the evening of August 5th, in the Syrian province of Haseke, unidentified persons fired at a US Armed Forces base in the area of Al-Shaddadi, as a result of which a fire broke out at the base, which was quickly put under control.

There were conflicting reports, initially saying it was a shelling, then saying it was an accidental fire, however, a video by pro-Syrian government forces showed that it was, in fact, a shelling.

Multiple times claims of American bases being shelled have gone out and oftentimes they are total fabrications. I am asking SDF sources about what really happened. Lots of total BS already being spread.

Initially reports came that it was a confirmed attack, then there were reports that the US-led coalition was carrying out trainings since August 4th there and a fire broke out due to a mistake and not a shelling.

Coalition has apparently been training out of this base since yesterday morning. Multiple people believe this to be Coalition training and something caught on fire. Reports of the base being shelled are being vehemently denied.

Al-Shaddadi is a town in southern al-Hasakah Governorate, northeastern Syria. It is in the area where US troops are still deployed in Syria, because they are securing the country’s oil fields, together with the Kurdish Syrian Democratic Forces (SDF).

Recently, it was reported that the SDF had signed a deal with an unnamed US company which will modernize the oil fields and begin extracting oil for the alleged benefit of the Kurdish (and potentially Syrian) people.

Naturally, that is quite a dubious statement and is mostly done for profit by the US and its companies.

good and more of that and the under-educated twats will beg to be returned home, to poverty and the dead american dream which at the end of the day is better than being shot at by the natives in the middle east. 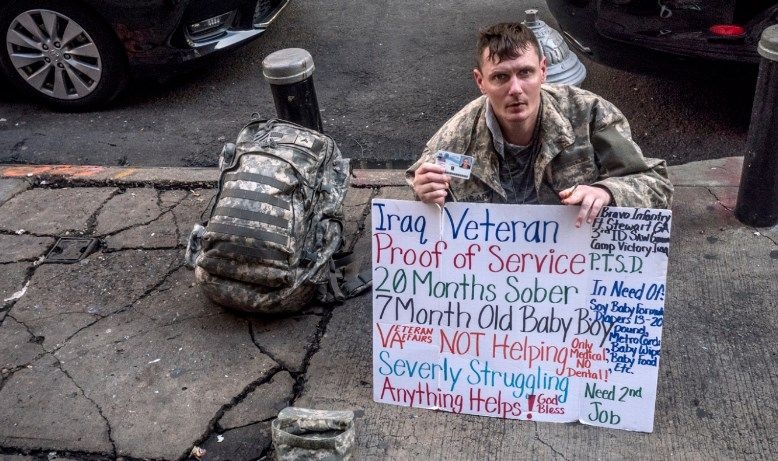 – Thank You for Your Service, you Drug-Guarding, Gang-Rapist, Murderous Thug!!! USA! USA! USA!

Maybe he should join Antifa & get paid by Soros to riot.

yep, there is no chance to unseat the establishment in washington without the veterans – they’re trained in warfare and can meet the police equipped like the military and the national guards (with little experience of warfare) and put the country back on a reasonable path, long lost as it is.

poor bloke took whatever came along, under educated and from the fly over states where the future is either with the marines and a bodybag eventually or the meth business and 5 to 10 years in the penitentiary. and the help from the veterans administration is worth nothing.

The stupid looking Americans are driving in Toyota trucks as their own vehicles are proven junk.

The real FACT is that millions or perhaps billions of UNKNOWN persons hate the Americunt arsehole occupation savages and these types of resistance attacks will only increase. The Chinese call it a “death of thousand cuts”.

This targeting of US bases is becoming very popular sport.
Iraqi’s and Syria should invite tourists and offer them to pay 1000$ per rocket for pleasure to shoot at US bases.
“War adventures tourism – shooting Americans and if 2 rockets bought 3rd is for free!!”

I am sure that there are plenty of Arabs who would pay that kind of money for that pleasure.

and you wonder why :)

yes I do indeed….IED’s are much cheaper option but require much more patience thus much less fun….

so depends on financial possibilities of every tourist at the end…

Plenty would do gladly for free given the chance.

I’m sure that Americans being “exceptional people” and all would hate the fact that somebody shoots at them “for free”….
Sound humiliating…

That would hurt their feelings, their pride really,…
They expect whole world to see how exceptional they are so…..shooting at them for freee, really….sounds terrible!!

That sounds really cheap…. “for free” !?!!
They deserve at least 1000$ and up (prices) for pop.People who can’t spend few thousand for few rockets do not deserve to have the fun!
They can shoot at Iraqi’s “for free” but not at “exceptional Americans”!

Would there be ‘meal deals’ and ‘happy hours’ to shoot a few Antifa?

Now that’s the spirit!
I like when people come with some innovative ideas to have fun and helping a good cause in the same time!
“Happy hour”most definitely sounds adequate and goes nicely with the activity that precedes.
There would be only one rule “no alcohol before shooting” because we don’t want that people miss their targets don’t we?

I agree and One Shot ,One Kill should become the gold standard of the resistance to Zionism :) With badges and medals all round.

Report of a missile attack on US base in northeast Syria with reported damage and casualties. 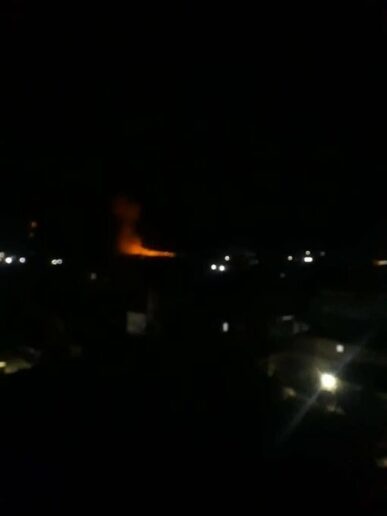 US at the peak of its hubris in the post Soviet era, illegally invaded three Muslim states hoping for quick shock and awe and submitting their population to a brutal occupation based on the Zionist occupation of Palestine template. Then at Zionist prompting invaded Syria and occupied its oil fields, However, these illegal wars and a sapping occupation for two decades have sucked the US into a deeper morass and its economy in in tatters and the homefront is on fire as the racist social compact implodes.

Meanwhile the undaunted resistance militias continue hitting US occupation military bases in Iraq and Syria and will only increase the ferocity and tempo of their attacks as they detect a dying dinosaur bogged down in a marsh and sinking under its own weight, while China races to the top. US could not be saddled with more blind and arrogant leaders who are destroying their failed state in endless wars and flailing economy.

If it wasn’t shelling it should be.

That the lot of you, all hatin’ on “Americans” should know you’re acting exactly like US Government, and the handful of sheeples that believe the Zionist Khazar Atheist pretender Jews running US Government today. Bolsheviks.
While I’ve no problem with your behavior, and attitude towards our beloved Government, and share you views, towards these walking/talking crimes against humanity, I must take exception to your pissy ass attitude towards US citizens. We are not your enemy. Not even Iran with their “Death to America” (Iranians have good reason for their attitude towards US Government, and The City of London) bears US citizens any ill will.
Even our brainwashed sleeping sheeples disagree with US Government policy, but generations of intense indoctrination, has left these incapable of rational thought.
Public education in US went extinct over 30 years ago, so yeah your ad hominem towards education. is correct
in general. By your comments, on how uneducated, etc., we are, it can be reasonably concluded that y’all are educated, and “smart.” So, if y’all are really so fucking smart, why are you talking the same stupid fucked up shit these idiots are ?
Perhaps a modicum of decorum in the comments as a courtesy to US civilians that are caught up in the Globalist agendas, in the same way y’all are, and most of us wish you no I’ll. Execpt Zionists, we do wish them ill. Most of us have no problems with your Goverment’s, there’s always the groups of extremists in every country, the extra superstupid fanatics with their pretense of knowledge and opinions the size of Miami.
These kind of stupids don’t represent my position, or estimation of the citizens of other countries. Do these zealots in your countries represent you ?.