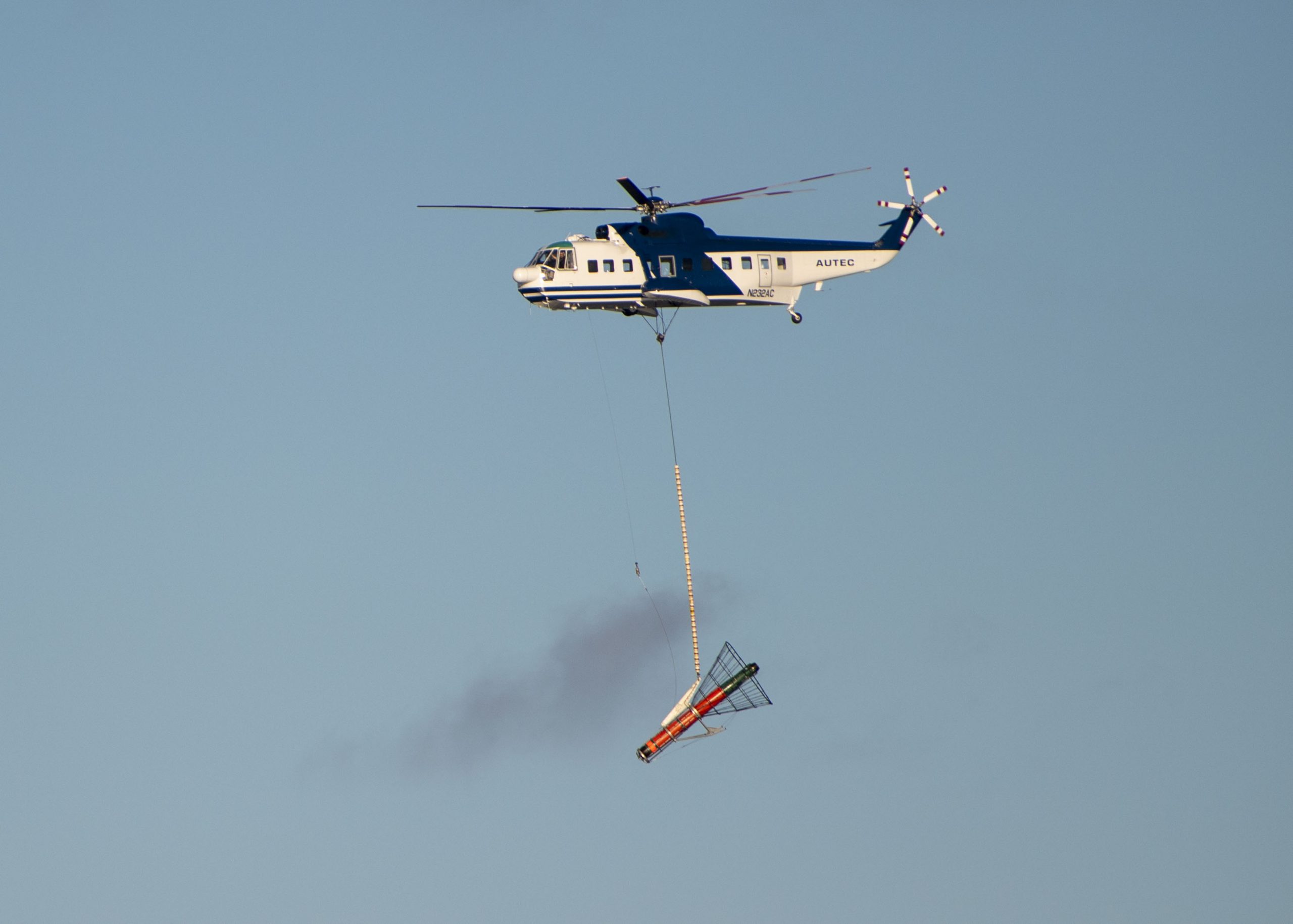 The US Navy hosted a virtual industry day to keep up development on its Hammerhead maritime mine.

16 companies attended it, which allows the future weapon to remain part of the rapid-acquisition program and to progress, regardless of COVID-19.

The Hammerhead maritime mine would be an offensive mining system, that would lay in an unmanned underwater vehicle and then simply wait for enemy submarines.

The core of the Hammerhead is the MK 54 lightweight torpedo as its effector, and an entire system would be built around that torpedo: a mooring module; an energy module; a sensor module; a command, control, signal processing and decision module; and a communications module; as well as associated support facilities and equipment and shipping containers.

This is all described in the synopsis, published on the SAM government website.

“The Hammerhead is designed to deploy from an unmanned underwater vehicle and detect, classify and destroy anti-submarine warfare assets. The day’s objective was to improve industry’s understanding of the Hammerhead program and accelerate the design, development, and production of the system,” the Naval Sea Systems command news release read.

The industry day, noted PEO USC (Program Executive Office Unmanned and Small Combatants) Rear Adm. Casey Moton, should “stress the importance of the program to the fleet – they want it today, they need it today. … We’re still going to deliver the mission-essential capability, so it’s important that we proceed.”

Moton said the Hammerhead program is designated both a Middle Tier Acquisition Rapid Prototyping Program and a Navy Maritime Accelerated Acquisition, reflecting the urgent need for the capability the system promises to bring.

“We’re looking for industry feedback,” said Capt. Danielle George, program manager, Mine Warfare Programs (PMS 495). “That’s how we’re going to be successful” in meeting the program’s aggressive schedule to deliver this new capability to the fleet.”

Chief of Naval Operations Mine Warfare branch Capt. Samuel Davis, resource sponsor for the program, said, “The Hammerhead program will bring important capabilities to the Fleet, and we look forward to its development and fielding.”

The final Hammerhead prototype solicitation is to be published later in 2020, and the industry will then have 4 weeks to submit their full proposals for the system. Then for the Fiscal Year 2021 it is expected to award a contract for an expected quantity of 30 prototypes, and then the on-duty full version of the system needs to be ready by the end of Fiscal Year 2023.

“A resurgence in mining has taken place for the past few years as the Navy goes to the [National Defense Strategy]. However, we’re trying to pivot smartly, deliver the capability the warfighter needs as quickly as we can, so we’re trying to use whatever authorities are there, whatever things we can,” Sam Taylor, the senior leader for mine warfare within the Program Executive Office for Unmanned and Small Combatants, said at a conference in 2019.

“As I said, Hammerhead is an MAA, and we’re looking at other tools in the toolbox to accelerate that delivery even more.”

Since Taylor said that, a request for information was released in December 2019, then in March a solicitation for the program was published, and then the industry day was supposed to take place on March 23rd, but was made online and took place in April. 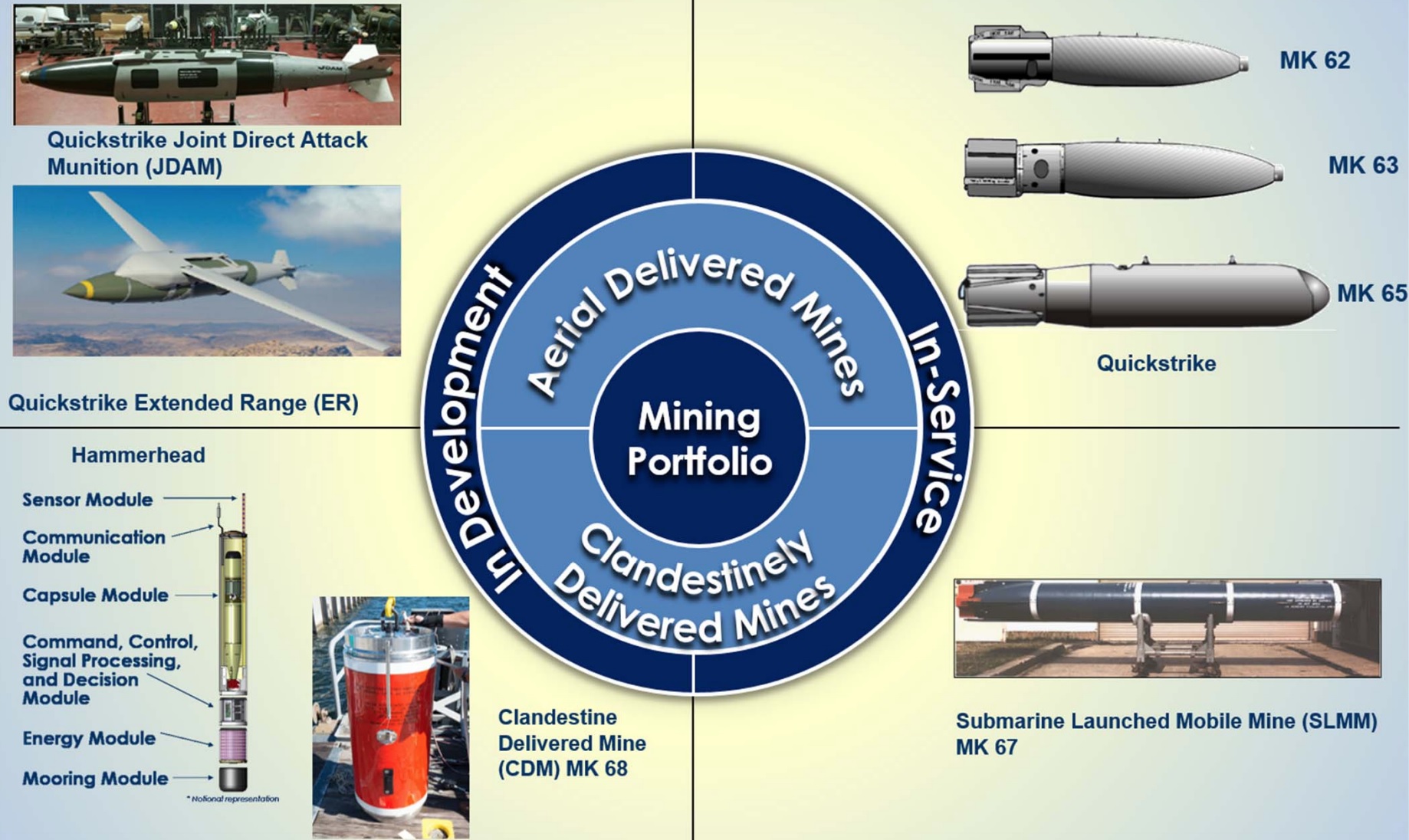 The US Navy has been working on improving its mine arsenal for a while now, as in 2018 it introduced improvements to its Quickstrike family of air-delivered mines. It also has programs for clandestinely delivered mines that would be deployed by manned submarines and unmanned underwater vehicles, including Hammerhead, the Mk 68 Clandestine Delivered Mine (CDM) and the Mk 67 Submarine Launched Mobile Mine.

hahha and hired an old Pan Am helicopter to cart the junk around as Pimpeovirus grounded the dumbass deadbeat Americunt arseholes :) The whole crew of lardasses from two rusted diseased carriers is now in sick bay in Guam infecting the local occupied native population.

Meanwhile, Russia is sending huge shipments of medical supplies,such as protective suits, masks and ventilators to help the U.S non existent healthcare, cope with the Corona virus pandemic. But hey we still need those fancy mines, to counter the “russian aggression” don’t we.