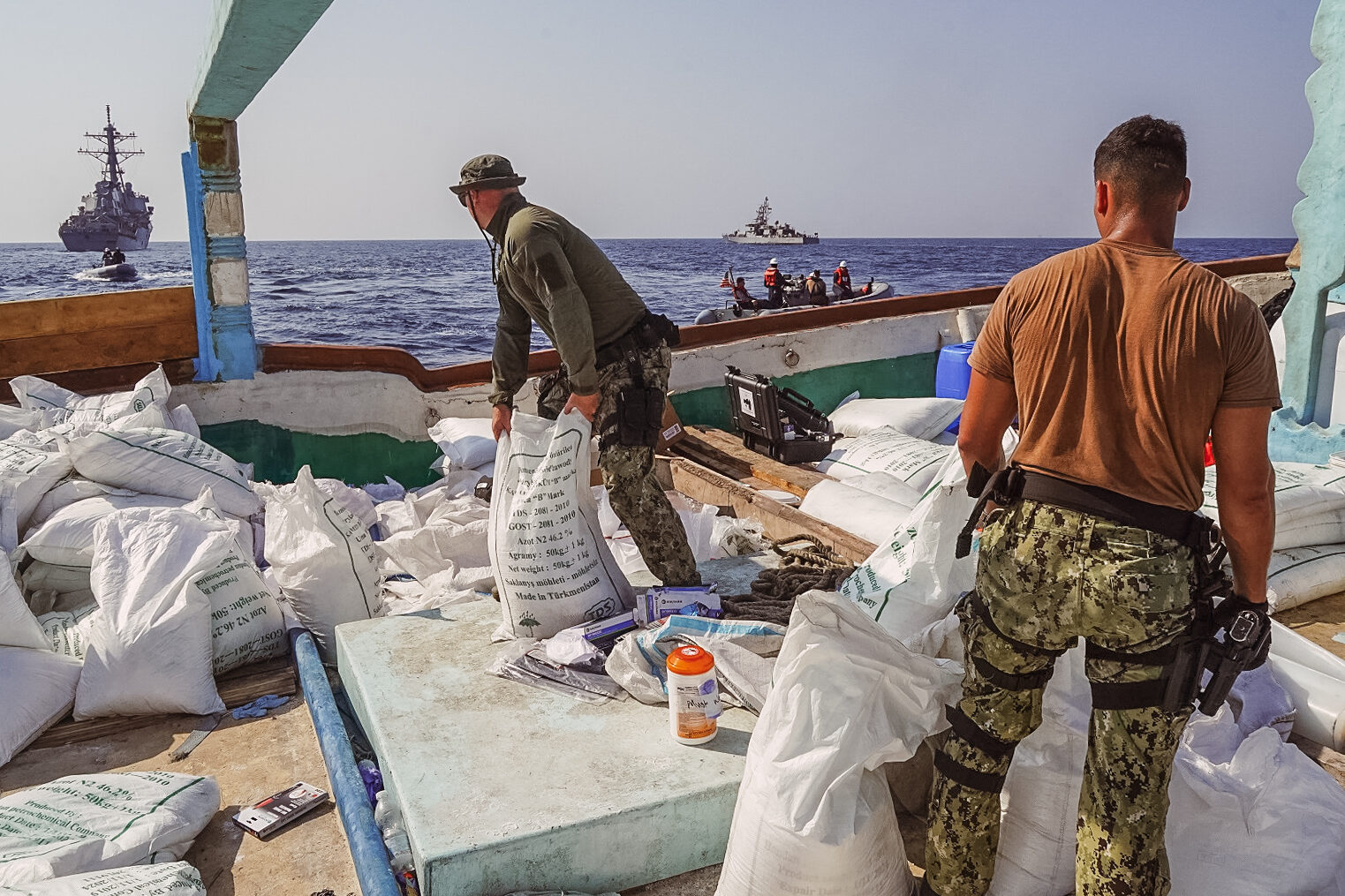 The United States Navy 5th Fleet intercepted on November 8 a fishing vessel in the Gulf of Oman that was smuggling “lethal aid” from Iran to Yemen, the U.S. Naval Forces Central Command (NAVCENT) announced on November 15.

In a statement, the command said that the vessel was intercepted by U.S. Coast Guard ship USCGC John Scheuerman and guided-missile Navy destroyer USS The Sullivans while it was sailing in international waters. Patrol coastal ship USS Hurricane and Navy explosive ordnance disposal technicians from 5th Fleet’s Task Force 56 assisted in searching the vessel. 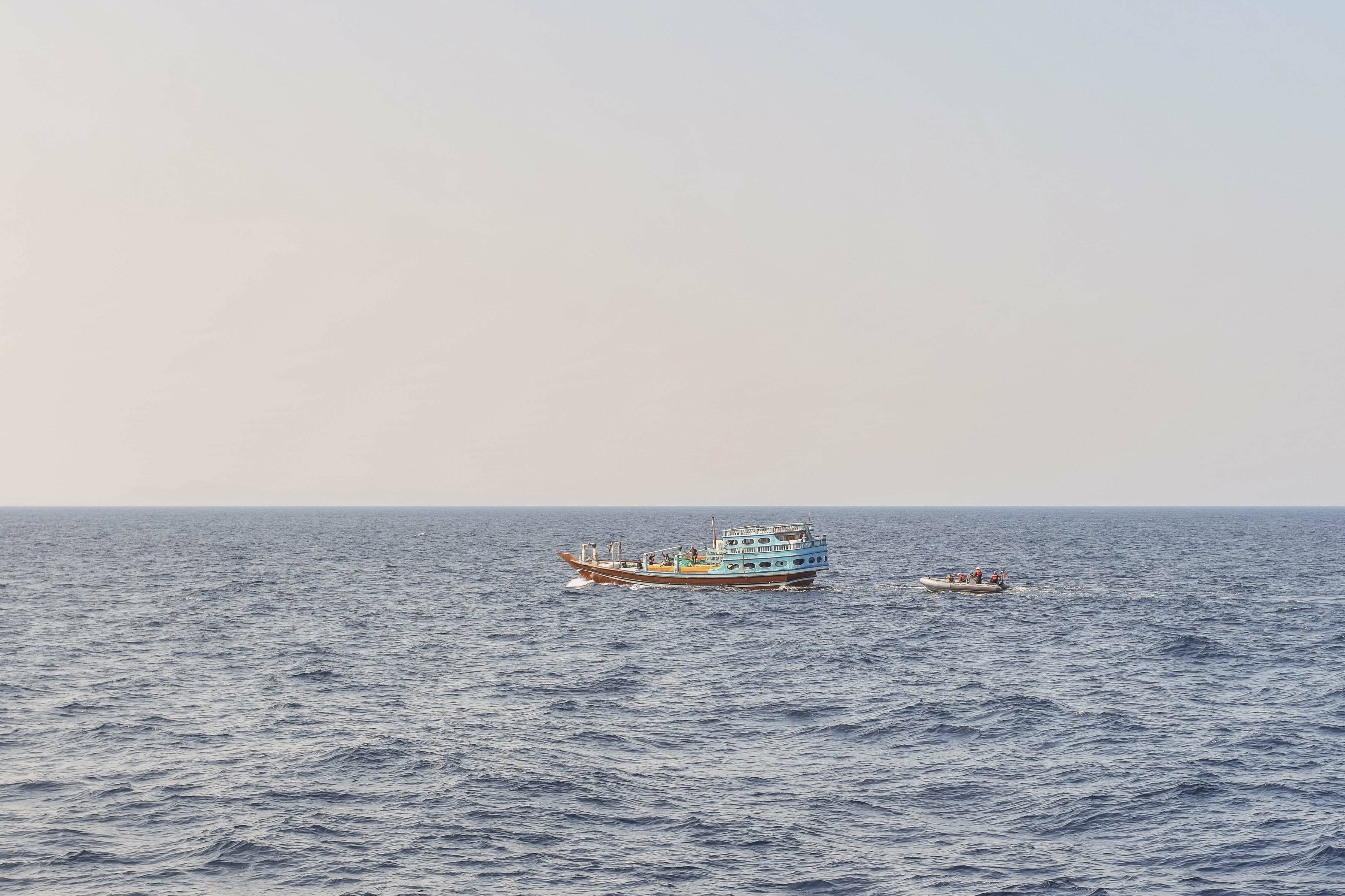 Aboard the vessel, more than 70 tons of ammonium perchlorate, a powerful oxidizer commonly used to make rocket and missile fuel as well as explosives, were found along with more than 100 tons of urea fertilizer, that is also known for use as an explosive precursor.

“This was a massive amount of explosive material, enough to fuel more than a dozen medium-range ballistic missiles depending on the size,” said Vice Adm. Brad Cooper, commander of U.S. NAVCENT, U.S. 5th Fleet and Combined Maritime Forces. “The unlawful transfer of lethal aid from Iran does not go unnoticed. It is irresponsible, dangerous and leads to violence and instability across the Middle East.”

The NAVCENT said that the vessel and its four Yemeni crewmembers were intercepted while transiting from Iran along a route historically used to traffic weapons to the Houthis (Ansar Allah) in Yemen. 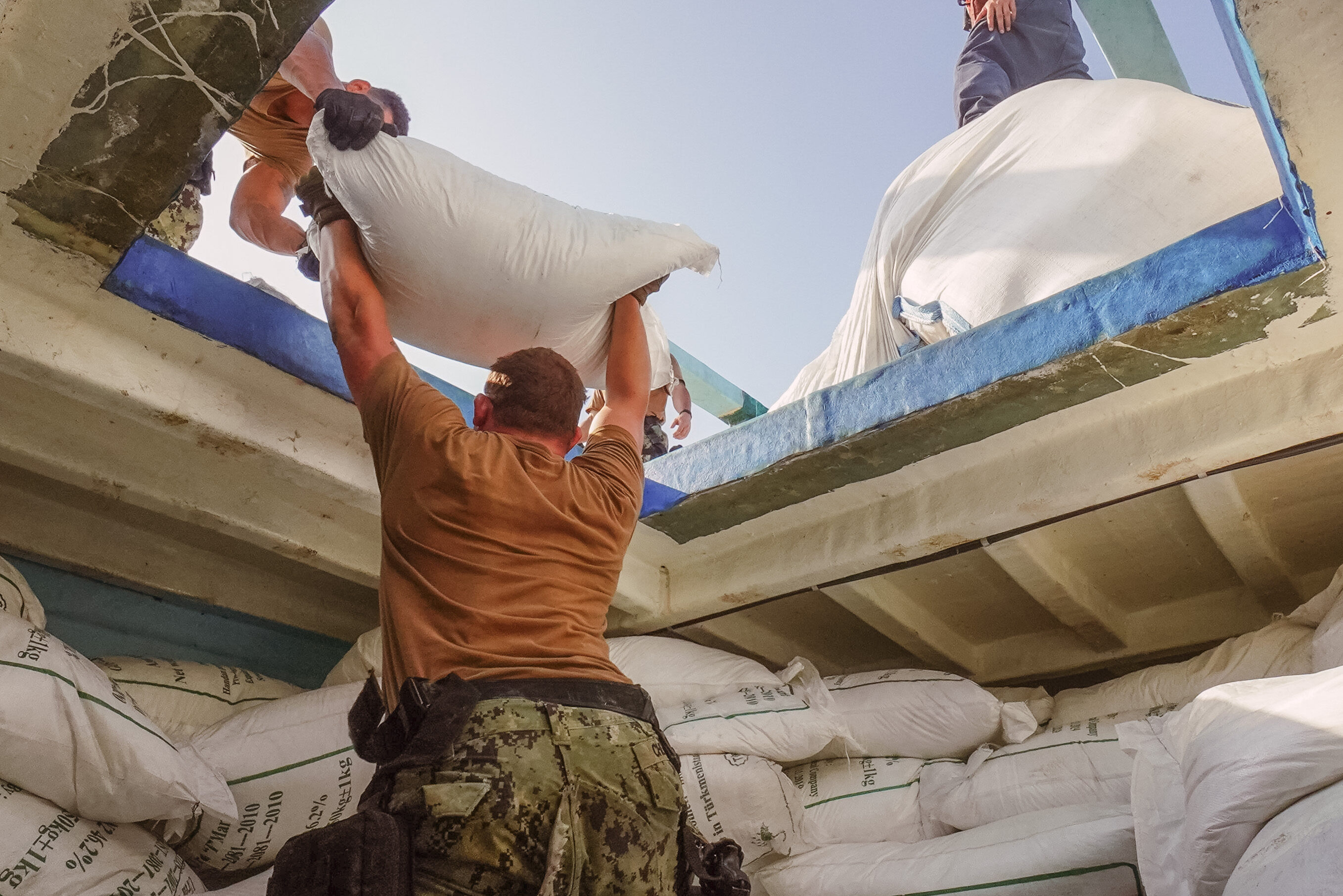 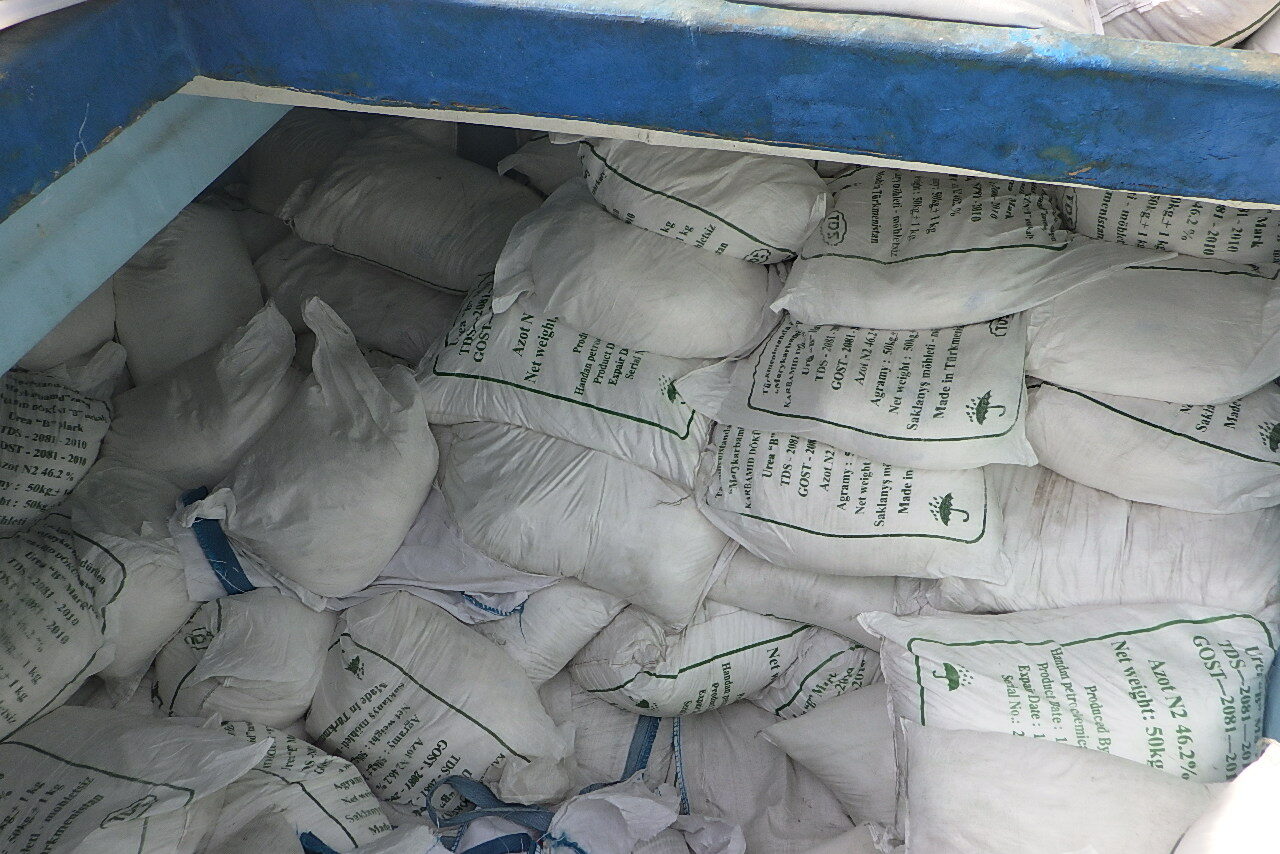 The vessel was sunk by the U.S. Navy on November 13 in the Gulf of Oman after determining it was a hazard to navigation for commercial shipping, while it crewmembers were transferred to Yemen for repatriation November 15.

“Alongside our partner forces, CENTCOM [Central Command] is committed to security and stability of the region and to deterring the illegal and destabilizing flow of lethal material into the region over land, in the air, and the sea,” said Gen. Michael “Erik” Kurilla, U.S. CENTCOM.

This was not the first time the U.S. Navy seizes chemicals used for making missile fuel and explosives from a vessel heading to Yemen. On January 18, the 5th Fleet found some 40 tons of urea aboard a stateless vessel it intercepted in the Gulf of Oman.

The US Navy 5th Fleet’s operations in the Arabian Sea and the Gulf of Oman are clearly meant to support the Saudi-led coalition’s war on the Houthis in Yemen.

The US stealing again… Who said the US had any right to tell Iran and Yemen what they can sell or buy again? Americans are ugly fuking pigs that steal and kill, that’s all they know and it is in their blood.

TBH, Zionists are jokes compared to yanquis. It is not a joke over 92% of The US history they were killing, stealing, aid/supporting terrorist groups around the world.

Ameribros, Please punish those smugglers who steal cheap Iranian fertilizers and chemicals for a huge profit. Our coast guard is currently focused on cracking fuel smugglers. Your cooperation is much appreciated.

Nice to omit the fact that ammonium perchlorate (love child of ammonia and perchloric acid) is also used to fatten livestock (farmers love both of materials). To make it into rocket fuel you’ll need some kind of fuel, like powdered aluminum and also a specific kind of binder -not easy to come by- to have an efficient fuel with a clear smoke, otherwise you can make fuel with sugar which produces a weak propellant with ugly smoke)

I liked the “historic smuggling route” bit too, meaning the smugglers felt so safe they were on regular marine routes.

Garga now we see Iran coming under a multi pronged attack. The stupid riots and trouble in Khuzestan, Kordistan and Baluchestan and that tall moghal Aliev openly saying he wants Iran’s Azerbaijan and what not. John Bolton quipped last week that they will arm the Kords and MKO operatives in Erbil. World cup football starts in 3 days and there is all this bullshit going on now.

usa pirates claiming to be “military”