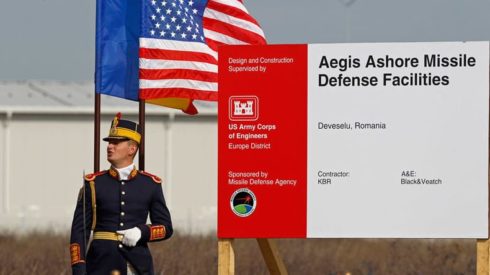 On February 7, the Russian Defence Ministry stated that the US had been violating the INF Treaty for multiple years, creating conditions for the production of missiles banned by the agreement.

“Despite the openness of the Russian Defence Ministry to a substantive dialogue on the parties’ fulfilment of their obligations under the INF Treaty, the United States has not provided any evidence to support their stated position. At the same time, the United States has not taken the required action to eliminate the breach of its own obligations under the treaty”, Russian Defence Ministry spokesman Maj. Gen. Igor Konashenkov said.

Konashenkov stressed that Moscow urged the US to return to the INF compliance and destroy its “Mk-41 universal launchers, designed for launching Tomahawk cruise missiles and target missiles” and strike aerial drones, which fall under “land-based cruise missile” category.

The Russian military summoned the US military attaché in Moscow on February 6 to hand him the treaty-related memo.

Maj. Gen. Konashenkov added that the Russian side “categorically denies groundless claims of Russia violating its obligations under the treaty.”

when everything they touch, the destitute states of mongrels, aka usa, turns to shit the last and desperate measure from someone in such dire straights is just this, nuclear tipped tips on long range missiles to frighten everthing and everyone into submission -oh well how deluded they are and what a larf when they make themselves into the laughingstock of the world. whoever thought that clowns like bolton and fatso could restore the respect the now almost bankrupt moronistan (aka usa) once had!

The major general is one hundred million procent right

About time, the US has been installing medium range nukes for some time, but calling them AA batteries. It was the US installing nukes in South Korea in the guise of ABM’s that started the trouble in North Korea.

It’s really obvious the US is positioning missiles to nuke Russia and China.

Russia and China should go first, and not wait until the US has its nukes in place.

Stop hoping USA is not interested in INF crap.Their want to advance attack weapons.Russia Putin and Lavrov must stop hoping like Saddam and Gaddafi otherwise their will find out were their are.

At what stage does Russia consider a nuclear preemptive strike is almost upon her, when the U.S installs nukes in the Moscow central Business district. All jokes aside, Russia is wasting it’s time with any negotiations with these psychopaths in Washington. Surely things are so much closer now than any other time during the cold war. How much more will Russia retreat until she shows its teeth. Very worrying times.