On March 30th, the Iraqi resistance groups targeted three US logistical convoys in center and south of Iraq. The IED attacks were carried out for the second day in a row.

The “International Resistance Faction” group released a video claiming responsibility for the attack on the American logistical convoy in Naseriyah area in Dhi Qar province.

I seems that the local contractors who carry out the logistic supply for the U.S.-led coalition are fearless, since the IED attacks on their trucks are carried out on a daily basis. In the same areas.

On March 29th, three other U.S. convoys were blown up in Al Diwaniyah, Dhi-Qar and Babil provinces.

So these convoys have NO military protection at all ?? . That is like letting a mouse loose in a cathouse.. , one with pussies not women.. If that is the case then the whole convoy is at risk by numerous methods..

Frankly, the US cowards and its NATO pussies as you have rightly called them are casualty averse and providing armed protection to these occupation supply convoys would create instant death or maiming of the occupation who are good at killing civilians but not much at fighting. They suffered 5-10 casualties a day during the Baghdad Airport convoy chicken run 2003-2009 when almost every vehicle was hit by RPG or the more deadly copper plate conclave shaped charge IEDs. Today, if the occupation cowards came out of their roach holes, they will suffer much more casualties as the new generation of resistance IED and ATGM are far more deadlier. The Resistance is itching for a fight.

Frankly, it is concave shaped charge.

Frankly, I would agree with you. Depends on the maker and the nature of the external charge. Concave copper would cut through the heaviest of armor as the mass destruction of US and Saudi M1 Abrams have attested too. The Zionist Merkava faced a similar fate in Lebanon at Hezbollah hands. Syria is the next arena.

So those concave IED’s work similar to the claymore . I thought they were just an artillery shell or similar set off with an explosive charge . Need to kill the drivers , who must be getting paid very well to take that risk. Even if that means a light truck with a couple on the back with RPD’s to spray the cab driving alongside.. No convoy protection so they could drive off to anywhere.. You are right with the US not wanting casualties but happy to let others do the dying as long as they control the country.. Longer term game in play so not worried about a few supply losses..

Frankly you need to stfu

Good hit. Looks like the bomb was placed on the transport.

It seems the car alongside the tractor trailer must have thrown some kind of sticky bomb.

The thought cross my mind but the vehicle was a bit too far away AND I didn’t see anything thrown from the vehicle to the transport in the video.

The stupid cowardl Ameriswine have hired Iraqi and Jordanian drivers for these death runs, they mostly work with the resistance and gave the timing and routes in advance to avoid getting killed. Some of the drivers place explosives themselves. They are getting paid either way. The stupid Ameriswine are fucked truly.

The US a$$holes have a nightmare coming is China is now moving into the region as an editorial in by a Scottish scholar recognized:

(John Wight is an author and political commentator, based in Scotland.)

‘Behold them, conquerors of the world, all clad in Roman gowns!’

There are many things the ancient world can teach us. One of
the most important is that imperial hubris has been the undoing of every
empire there has been, substituting illusions of grandeur and
exceptionalism for reality when it comes to understanding a world that
is no longer the said empire’s to dominate or control.

This brings us to Joe Biden, the 46th president of the United States,
who, even before his landmark first 100 days in office is up, has been
exposed as yesterday’s man, trying to reimpose the prison bars of US
hegemony on a world that has already broken free and is now acting
accordingly.

Biden is a puppet of the deep state cabal that runs US leadership. Things are going to get much worse with him. Trump gave the zionists 90% of what they wanted, but he wouldn’t give them war; sleepy Joe will give them their war.

You are 100% correct, but the Zionist run deep state is up the deepshit creek as the US morons are bankrupt and the new Eurasian power bloc is asserting itself. The Chinese FM Wang Yi known for his cool reverent diplomatic language was very blunt in Tehran last week and said that China used to be sensitive about increasing defence and strategic ties with Iran, but now gives a damn as US is a warmonger and a bully and China intends to build military alliances and stand up to the western imperialists. The Chinese dragon and the Persian lion are on the prowl. So fuckthe demented senile Jew shill Biden.

China will soon be wiped out along with the mollahs

Fc off Russian.No one wants to talk to a smelly russian

Why not take your own advice and exit here and take your waffle with you..

The arrogance of a US president voicing concerns over a developing economic and strategic relationship — specifically the 25-year cooperation agreement that’s
just been signed between Beijing and Tehran — would at any time
constitute an unacceptable attempt at interference in the sovereign
internal affairs of other countries. At this time, in the context of
Washington’s rapidly fading hegemony, unacceptable gives way to
laughable.

In this regard, the symbolism of President Biden’s recent mishap
while attempting to board Air Force One — when he stumbled not once,
not twice, but three times while climbing the steps — cannot be
overstated. It symbolized the increasingly faltering steps of Washington
on the global stage after decades spent attempting to assert its right
to roam around the world and control that which refuses to be controlled
— namely those peoples for whom resistance not submission to empire is
the acme of human dignity.

Two of those peoples are the people of China and Iran. No two peoples
have suffered the depredations of Western colonialism and imperialism
more, and no two peoples have done more to reaffirm the truth that
oppression breeds resistance, culminating in both cases in the
cultivation of a revolutionary consciousness and spirit.

John Wallace
Reply to  Just Me

The end days of the Roman Empire are so similar to todays USA and their collapse will come from within rather than an external attack..
Here is an interesting video on the worlds money situation and the demise of the US dollar as the worlds reserve currency..
https://www.youtube.com/watch?v=CKvdPoRb_8k

This is the same group that gave us the crappy video last week. The one(s) that Al-Sadr called for forming in early 2020. Looks like they are getting up to speed. also looks like they have turned the switch to full-on. The US will have to recon with this soon.

Recon means that the fat ugly Ameriswine will have to come and face real bullets and ATGM and the losers are not up to the job of getting killed in a Hollywood army of overweight cowardly child killing slobs. 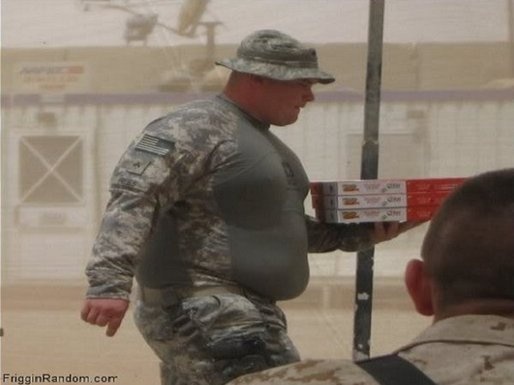 US leadership and MSM will do their best to ignore the bodies.

You are pretty clued in guy Steve. Indeed, the US cannon fodder is basically disposable trailer trash, but the real issue now is that they are facing strong powers that can hit back and not weak Arab states. Never underestimate the Chinese as even at their weakest in 1950 (they had no nukes) when saw a threat coming in Korea, they marched a million men across the Yalu and end of the a$$hole MacArther and Truman. Today’s PLA is a 21st century military with deepest pockets on earth, the Iranians are not that shabby either if it ever came to war as many aggressors have found over time. It is one thing for the Ameriswine cowards to beat up old Asian women or Muslims in Hijab on the subways, but taking on armed determined armies like the PLA or Iranians is another matter.

I agree. The US is heading for a monumental disaster. From inside and out.

John Wallace
Reply to  Just Me

That was the Chosin Reservoir battle .. I think most casualties came from frostbite and the cold that both sides suffered badly.. There was a doco years ago that had survivors from both sides talking of their experience’s.. As you say that forced the US from the Chinese border and almost total control of North Korea all the way back to the starting point and todays border Nth / Sth..

Miri Nature
Reply to  Just Me

Peter Moy
Reply to  Just Me

I reckon a full case (12 meals) of MREs was not enough for this amphibious whale. Any guess on the full load displacement of this leviathan from the deep? Was he in the vehicle that was targeted in the video? An IED would be like a pebble ricocheting off of him! Surely a Gold Card Member of the All You Can Eat Club, USA.

Don’t let up or stop, the US is very slow in the uptake department and need further convincing to get out.

Dejavu all over again. I remember watching them Alohasnackbar videos on Ogrish.com back in the day.
Why are we still in Iraq 18 years, 5000+ KIA and -$7 trillion later beats me. GWB illegal invasion delivered Iraq to Iran on a silver platter.

They are road bound making them easier targets for hidden Improvised Explosive Devises.

Why are we still there?

Because that $7 trillion was spent on the global elite who publicly denounce war but who privately profit by the $trillions spent on it.

Why do you think the wars never ended?

Why do you think the US rules of engagement changed so they could never win?

Why do you think Obama could never defeat the JV team?

Why do you think there always needs to be secret enemies to fight and drop bombs on?

Because the global elites are getting richer with every bullet fired and bomb dropped.

Oh and let’s don’t forget how they are also the ones who profit by getting the big money contracts to go in and rebuild all the infrastructure that their bombs destroyed so it’s win win win for them and they don’t ever want wars to stop.

Governing in 2021 is all about finding ways to get taxpayer money out of government accounts and into the hands of those doing the governing, nothing more.

Dumb uneducated racist Americans who know better are allowing the Oligarchy to destroy the country from within. But hey you go on blaming Russia/China for your stupidity, you just keep fiddling while America burns. you Just keep telling your naked emperors they look great.

yes, more of that and a lot of body bags shipped to the fly over states and the american mothers will start to holler, bloody murder and end the wars.

These truck drivers are fearless of the job because the cowardly militias always try to avoid killing anyone. These attacks are planned carefully to only cause material damage. If they have any guts left, especially after the assassination of their leaders, they should actually target and kill U.S forces. Then we’ll know who really controls Iraq.

Blow up the anglo-jewish MAGGOTS from the face of Earth and Humanity will find Peace and Love again…. Amen!